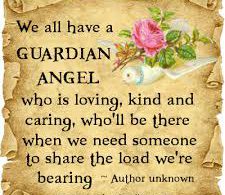 The Hosts of Heaven

Gen 2:1,  says;  “Thus the heavens and the earth were completed, and ALL their hosts.”

1 Kings 22:19,  “Therefore, hear the word of the Lord.  I saw the Lord sitting on His throne, and all the host of heaven, standing by him on His right and on His left..”

Let’s take note of four things from these verses I just read.. 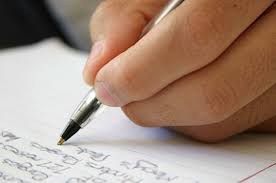 Angels have been created by God.  Their dwelling place is in heaven.  Their purpose is to serve God and do His will, just as an army serves it’s leader.

Now here’s a verse that shows the supremacy of Jesus Christ, over the angels.  It’s  Hebrews 1, verse 13,  and it says;  “But to which of the angels has He ever said;  Sit at My right hand, Until I make thine enemies, a footstool for thy feet?”   Angels don’t receive that kind of glory and honor, like Jesus Christ received.  I suppose that angels are certainly due some kind of respect, for the position that God has given them.  They do dwell right there in heaven, along with God.  And their very purpose is to serve him and do His will.

And now listen to the next several verses..  Hebrews 2, verses 1 thru 5;  “Therefore we ought to give the more earnest heed to the things which we have heard, lest at any time we should let them slip.  For if the word spoken by angels was steadfast.. (you see, that used to be one of the ways that angels ministered, by speaking the word of God to man)  For if the word spoken by angels was steadfast, and every transgression and disobedience received a just recompence of reward;  How shall we escape, if we neglect so great salvation;  Which at the first began to be spoken by the Lord, and was confirmed unto us by them that heard him?”

“God also testifying with them, both by signs and wonders and by various miracles and by gifts of the Holy Spirit according to His own will.  For it is not to angels, that He has subjected the world to come, about which we are speaking.”   Another way of saying that, would be..  God did not subject the inhabited earth to the angels.  Angels neither have power over the world, nor are the people of the world subject, to the angels.  That’s simply not the relationship that we have with angels.  But rather, the relationship that we have with the angels, is what we just read from  Hebrews 1, verse 14;  Namely, that angels are all..  “..ministering spirits, sent out to render service for the sake of those who will inherit salvation?”   That’s the relationship that we Christians, have with angels.  They are here, to render service to us, according to the will of God.

But the question really is..  What kind of service, do the angels render to us?  What do they do for us?  In the past, angels have served man in several different ways.  One example is in  Genesis 18,  where the Lord Himself, along with two angels, appeared to Abraham.   Verses 1 & 2  tell us;  “Then the LORD appeared to Abraham, by the Oaks of Mamre, in the heat of the day, while he was sitting at the entrance of his tent.  And Abraham looked up, and saw three men standing nearby.  When he saw them, he ran from the entrance of his tent to meet them and bowed low to the ground.”

And then in  Chapter 19,  we see those same two angels that had appeared with the Lord to Abraham, going down to Sodom, and appearing to Lot, and actually rescuing Lot and his family, from the destruction of the cities around them.   So we can see how the angels were rendering service to both Abraham and Lot.  And so those angels were actually revealing God’s will to Abraham and Lot.  But we don’t have any indication of angels doing that kind of thing today.

God’s will has been fully revealed to us today, through the written word.   Jude verse 3  says;  “.. I found it necessary to write to you exhorting you to contend earnestly, for the faith which was once for all, delivered to the saints.”   The phrase  “Once, for all”, doesn’t mean that the faith was once delivered for all the saints.  It means that the faith, was delivered once, for all time!  There is no more deliveries of God’s word, to be made!

And of course we’re old in  2 Peter 1, verse 3;  “Accordingly, His divine power has given us all things, which pertain to life and godliness, through the knowledge of the One having called us, by His own glory and excellence.”   God “has given us” past tense, “all things, pertaining to life and godliness..”    It’s all been given, we lack nothing.   Nothing remains for angels to reveal.

Here’s a new testament example of angels rendering service.  In  Mathew chapter 4,  after Jesus had been tempted in the wilderness,  verse 4  says;  “Then the devil left Him, and behold, angels came and ministered to Him.”   We’re not told exactly what these angels did for Jesus.  Maybe they provided Him with food and drink, to strengthen Him, after those 40 days.  Or maybe they were able to strengthen Him miraculously.  Whatever they did, those “ministering spirits” ministered to the needs of Jesus.

Could it be that angels sometimes strengthen us, when we’re weak, and need help?   The bible doesn’t specifically say that they do.  But the bible doesn’t specifically say that they don’t either.  It’s just like the question..  How does the Holy Spirit work within us?  Well, we know that the Spirit works through His word, but we really don’t know exactly, how that all really all comes about.  And it’s the same with the angels.  We know that they minster to us, but we aren’t told exactly how.   It’s one of those things that we simply have to accept by faith.  God says the angels minister to us, and we believe they they do.

How does God  “..cause all things to work together for good, for those who love God, who are the called according to His purpose” ?  (Romans 8:28)  How does God cause that to happen?  We don’t know exactly do we?  But we sure do believe that He does!   I would imagine that God’s Holy Spirit has a lot to do with that.  But then I would imagine that angels may very well have a hand in it as well.

Faith is a great thing to have!!

Now let’s go to  Mathew 18, verse 10,  where Jesus said;   “See that you do not despise one of these little ones, for I say to you, that their angels in heaven, continually behold the face of My Father, who is in heaven.”    The angels of these little ones, are in heaven, beholding the face of God.   If you believe that there are “guardian angels”, I think that is the verse that you would have to rely on to support that belief.

But of course the scriptures never use the word “guardian”, in reference to angels.  Even in that last verse there’s no mention of these angels being “guardians”, of anyone.  As we’ve seen from  Hebrews 1, verse 14,  ALL angels are “ministering spirits”.   And as I’ve already suggested, an angel can “minister” in various ways.  But the I suppose the question is..  Is “guarding us” or being “a guardian”, one of the ways in which these angels minister to us?

If that is one of the ways that angels minister to us, then what exactly would they “guard” us from?  We know that we’re not ALWAYS guarded from physical harm, because we’ve all experienced physical harm in our lifetime.  But just for the sake of thought, is it possible, that God could use angels to sometimes guard us, and protect us from physical harm?   I don’t see how anyone could say that that’s impossible.

Foe example;  Have you ever experienced anything, that potentially could have been deadly, but it didn’t turn out to be deadly?  I have, more than once.  I can think of several things that I’ve done, or things that have happened to me, and I’ve looked back and thought..  Wow, I could have bene killed!   Has that never happened to you?

So then let me ask you the question again;  Do angels sometimes acts as “guardians” over us?  And, is it possible,  that that is one of the ways in which God causes all things to work together for good, to those who love God, who are the called according to His purpose?

The fact is, that the bible doesn’t tell us one way or the other, whether or not angels sometimes serve as “guardians” to us.  What we do know for a fact, is that angels “minister” to Christians, and to those who will inherit salvation.  Exactly HOW they minister, God does not tell us.

Let me read to you a couple of verses concerning when Jesus was about to be arrested in the garden of Gethsemane.  The bible says in  Mathew 26:48 thru 53;  “Now he that betrayed him gave them a sign, saying, Whomsoever I shall kiss, that same is he: hold him fast.  Immediately he went up to Jesus and said, “Greetings, Rabbi!” and kissed Him.  But Jesus said to him, “Friend, why have you come?”  Then they came and laid hands on Jesus and took Him.  And, behold, one of them which were with Jesus stretched out his hand, and drew his sword, and struck a servant of the high priest’s, and smote off his ear.  But Jesus said to him, “Put your sword in its place, for all who take the sword will perish by the sword.”

That gives you something to think about doesn’t it?   But don’t spend too much time speculating about things like this.  Let’s spend most of our time learning the facts about how to be saved.  And how to stay saved!