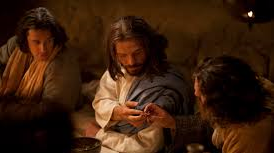 We have been considering accounts of action described in the bible, and judging whether or not God intends for us to view a particular account of action, as an example that is binding upon all Christians.

Almost everyone is in agreement, that one of the three actions taken, is meant to be an example that all Christians must follow.  However, some people believe that there’s a second action described during this account, that must also be viewed as a binding example, and therefore must be followed.  And then there’s other people who although they don’t view that second action as being binding, they believe that the third action is binding.  What a mess, huh?  But there’s actually an easy way to unravel the mess.

And the WAY we unravel the mess, is to use GOD’S method of interpreting the bible.  God’s method is to “reason” with His word.  I talk so much about reasoning together with God’s word.  (Isaiah 1:18)   And I talk about it, because it’s so important.  I don’t think it can be talked about too much!  And so that’s what we need to do here, and everywhere.  We need to consider everything that the bible has to say, about all three actions that were taken, and then we come to a logical conclusion, based not on our opinion, but based on what the rest of God’s word has to say.

The accounts of the actions that are in question, focus around the Passover meal that Jesus and His apostles ate together, just before Christ’s crucifixion.  Mathew, Mark, Luke, and John, all write about things that were said, and things that were done that evening.  And I’m not going to read everything that each one wrote, but I am going to focus on certain things that were said and done.

Here are the three actions that took place that evening which are the subject of our discussion.  The first action that we’ll consider is when Jesus gave the instructions concerning the Lord’s supper.  The next action is when Jesus washed the feet of the apostles.  And the third action took place after the Passover meal, when they all sang a hymn, and went out to the Mount of Olives, where the garden of Gethsemane was located.  The garden of Gethsemane wasn’t a flower garden, but rather, it was more like a grove of olive trees.  The word gethsemane, originally meant..  “olive press”.

Let’s begin with the account of when Jesus gave instructions concerning what the bible refers to later on, in  1 Corinthians 11:20, as.. “the Lord’s supper”.   We’re going to analyze what was done here, and we’re going to look at all the other verses of scripture that talk about this subject.  And we’re going to “reason” with all that information that God has given us.

Let’s start by talking about the phrase, “the Lord’s supper”.  The word “Lord’s”, means..  “belonging to the Lord”, or, “of the Lord”.   There’s only one other time that this word translated “Lord’s”, is used in the new testament.  And that one other time is in  Revelation 1:10,  when John says that he was  “in the spirit, on the Lord’s day”.   John was referring to a special day, a day that was “of the Lord” or, a day that “belonged to the Lord”.  In other words, it was a day that was a either a part of the Lord, or that belonged to Him, or that day was dedicated to Him.

But at any rate, the “Lord’s supper”, is a special type of a meal.   It could be considered to be a “banquet”.  And when we examine it, it truly does “belong to the Lord”!  It is dedicated to the Lord Jesus, it belongs to the Lord Jesus, and it is actually a part of the Lord Jesus.  At least figuratively speaking, it’s a part of Him.  It is 100%,  all about the Lord.

Now, when Jesus gave the instructions concerning the observance of the Lord’s supper, He didn’t refer to it at that time, as “the Lord’s supper”.   What Jesus did say, was that the unleavened bread, is “My body”, and that the cup, containing the fruit of the vine, is “My blood of the covenant”.  Luke records Him as saying that the cup is, “the covenant, in My blood”.  Either way, we know that the cup, and specifically what it contained, “represents” both His blood, and His covenant.  And we know that the unleavened bread “represents” His body.

And I feel compelled to add this..  Anyone with even a shred of common sense, would not “reason”, that when Jesus said..  “this is My body”, that He wasn’t tearing off literal pieces of His flesh, and handing them to the apostles.  I’m pretty sure that the reaction to that, from the apostles, would have been recorded for us.  And when He said..  “this is My blood”, Jesus certainly hadn’t just sliced His flesh open somewhere, and let His literal blood fill the cup, that He proceeded to pass to His apostles.  Surely, that would have solicited some kind of comment among them.  But again, no comments such are recorded.

And further more, if the apostles had somehow concluded, that Jesus was implying, that as He gave thanks for the bread and wine, that they were at that point somehow being “transformed” into His literal flesh and blood, THAT would certainly have produced some reluctance, AND comment from the apostles.  But none is recorded.

Consider the words..  “the Lord’s supper”.

When the Lord DOES drink of it again, in the kingdom of God, it will be something “new”.  It will not be the same thing as they were doing on that Passover night.   It will be “new”, and it will be done “in remembrance” of Jesus.  But neither of those two things were taking place on the day that Jesus gave these instructions.   The kingdom hadn’t come yet, and so Jesus wasn’t drinking the fruit of the vine “new” with the apostles that evening.  And Jesus was right there with the apostles, He hadn’t gone anywhere yet, so He wasn’t being “remembered” on that evening either.  Therefore, the Lord’s supper was NOT actually being observed on this occasion.   Jesus was simply giving the instructions as to how it WAS to be observed, once the kingdom had come.

Consider this fact also;  We’re told in  1 Corinthians 11:26;  “For as often as you eat this bread, and drink this cup, you proclaim the Lord’s death until He comes.”   Were Jesus and the apostles “proclaiming the Lord’s death” that evening?   Of course they weren’t.  He hadn’t died yet!  How could they “proclaim His death” before He died?

I wanted to make that point clear, first, because it’s a fact, but also, because it DOES make a difference in how we will interpret the other two actions that I mentioned earlier, which are in question.

I want to point out one more thing concerning the Lord’s supper, that I don’t ever hear anyone speak about.   It says in  Luke 22:15 & 16;  “And He said to them;  “I have earnestly desired to eat this Passover with you before I suffer;  For I say to you;  I shall never again eat it, until it is fulfilled in the kingdom of God.”

Now this is very similar to what Jesus said about drinking the fruit of the vine.  He said;  “I will not drink of this fruit of the vine, from now on, until I drink it new with you in My Father’s kingdom.”   The two phrases;  “..new with you in My Father’s kingdom”, and “until it is fulfilled in the kingdom of God”, are basically interchangeable, and mean the same thing.  The fulfillment of the kingdom of God, would be something new, that had never occurred before.  But after Christ had suffered ,and was crucified, and was raised on the third day, and when He finally ascended back into heaven, then, after all had been fulfilled, then, the Lord’s supper would be “newly observed”.

But listen to  Luke 22:15 & 16 again.  Jesus said;  “I have earnestly desired to eat this PASSOVER with you, before I suffer.  I shall never again eat of it, until it is fulfilled in the kingdom of God.”  Jesus and His disciples were gathered together to eat the Passover meal, the meal that the Jews ate, once a year.  And obviously Jesus wouldn’t be eating this meal again in this physical way, because in just one more day, He was going to die.  But yet Jesus said that He wouldn’t eat of it again, UNTIL it was fulfilled in the kingdom of God.  What did He mean by that?  Until what was “fulfilled” in the kingdom of God?

First of all, we need to remember that the kingdom of God is a spiritual kingdom, and so if Jesus communes with us in the kingdom, it will be a spiritual communion, and not a physical “eating” of the Passover.  The spiritual “meal” that the Lord will partake of in the kingdom, will be the Lord’s supper, which He gave instructions for on that Passover evening.

I think this is an interesting point.  Doesn’t God “pass over” your sins, because of the blood of Christ?   When we “proclaim the Lord’s death until He comes”, we’re remembering everything associated with His death. (Or at least we should be)  And so when we partake of the Lord’s supper, one of the things we’re remembering, is the fact that our sins have been passed over.  They’ve been forgiven, through the death of Jeuss.

We could go on and on, just about things relating to the Lord’s supper.  Is it any wonder that Paul preached till midnight one time, when the disciples had come together to break bread?   (Acts 20, verse 7)

Paul said in  verse 21;  “For in YOUR eating, each one takes his own supper first;  And one is hungry, and another is drunk.” (that means, fully satiated.  It doesn’t mean “inebriated”) ).   The lord’s supper is supposed to be “a spiritual banquet”.  It was designed as a “main meal”, for the soul.  But the Corinthians made it just a common, for the body.

Anyone, can easily see, that the obvious conclusion is, that the instructions for the Lord’s supper are meant to be followed, and “imitated”, by ALL Christians, “until He comes”.   Thus it serves as our example!  From all that is written about this, there is simply no other conclusion that can be made.  But again, that conclusion is reached, only by “reasoning together with God”, and not by any other means.   By “reasoning” with all that scriptures tell us about the subject.  Without all that information recorded in the bible, we couldn’t reach that conclusion.  But with that information, there’s no other conclusion that CAN be reached!

Thank you for your attention, and I hope that you’ll join me for the next lesson.  May God bless you.