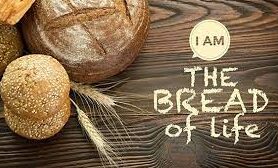 Metaphors of the Bible

Here’s a couple of very simple straightforward metaphors;  “Life is a race”.   We all understand the analogy there.  Life is like an endurance race, not a “speed race”, but an endurance race.   And the objective of this race isn’t to come in first, but simply to finish the race, “faithfully”.

The apostle Paul used this exact metaphor, in  2 Timothy 4, verse 7,  when he wrote;  “I have fought the good fight, I have finished the race, I have kept the faith.”  And that first phrase that Paul wrote is also a metaphor;  “I have fought the good fight.”   I guess you could say that remaining faithful, is a “fight to the finish”.   It’s a battle isn’t it?  It’s a lifelong battle, between the spirit, and the flesh.

Once again, Paul wrote, in  1 Corinthians 9:27;  “But I buffet my body, (I discipline my body) and bring it into bondage (I bring it into subjection.  I make my body do, what my spirit wants it to do!  Not the other way around)  Lest by any means, after that I have preached to others, I myself should be rejected.”

Paul didn’t want to be guilty of preaching that good advice to everyone else, and then fail to follow it himself.  And so..  “I discipline my body, and bring it into subjection;  Lest after preaching to others, (and helping them to be accepted by God) I myself should be rejected.”

Here’s another metaphor about life;  “Life is a rollercoaster.”  In other words, life has it’s ups and downs;  It’s highs and lows.  Paul never used that exact metaphor in his writing, but he did describe that very same idea, in  Philippians 4, verses 11 & 12.  Here’s what he wrote;  “Not that I am speaking of being in need, for I have learned in whatever situation I am, to be content.  I know how to be brought low, and I know how to abound.  In any and every circumstance, I have learned the secret of facing plenty, and hunger, of abundance and need.”

Romans 8:6 thru 9 explains it quite clearly;  “For the mind set on the flesh is death;  But the mind set on the Spirit, is life and peace;  Because the mind of the flesh is hostile to God:  It does not submit to God’s law, nor can it do so.  (if you’re focused on the wrong thing, how can you DO the right thing?)  Those who are in the flesh cannot please God.  (in other words, those who have their minds focused on fleshly things, and on fleshly desires)  You however, (you as a Christian) are not in the flesh, but in the Spirit, if in deed the Spirit of God dwells in you!  Anyone who does not have the Spirit of Christ, does not belong to Him.”

Do we sometimes think “unkind” thoughts toward someone?  If we do, then how are we most likely going to treat them?  Do we sometimes think “unclean” thoughts about anything?  If we do, then are we not likely to ACT, in an “unclean” manner, in that area of life?   One famous person once said;  “..and we take captive, every thought, to bring them into obedient to Christ.”  (2 Corinthians 10, verse 5)

Let’s get back to metaphors, and look at a couple “comparisons” that Jesus made.  For example, Jesus said, in  John 10, verse 11;  “I am the good shepherd. The good shepherd lays down his life for the sheep.”   Jesus is like a shepherd, caring for his flock.  Jesus, would do anything, for the good of His flock.  Even die for them!

Here’s another simple one from  John 15, verse 1;  “I am the vine; you are the branches.”  And then in the same verse;  “Whoever abides in Me and I in him, he it is, that bears much fruit.”    In other words, Jesus is the source of our sustenance, the source of our very life.  We can’t even remain alive spiritually, without abiding in Jesus.   And that goes along perfectly with  Hebrews 5, verse 9;  “And having been made perfect, He became the source of eternal salvation to all who obey Him.”  Eternal salvation, IS eternal life.

Here’s a metaphor (not from the bible, but just a metaphor) that’s not quite so direct, but is still pretty simple;  “His suggestion, was just a Band-Aid for the problem.”   A band-aid, doesn’t “fix” a cut or a scratch, right?  But it “aids” in the healing, and it’s kind of a “superficial fix”.

And here’s an example from the bible, that’s very much “like” that metaphor.  It’s all the animal sacrifices that took place under the old covenant.  Those sacrifices never “cured” any sin;  They couldn’t take away the sin.  They were nothing more than “a band-aid” for sin. Hebrews 10, verse 4  tells us;  “For it is impossible that the blood of bulls and goats should take away sins.”

But even though those sacrifices never “cured” any sin, they did “cover up” those sins, and they made a temporary “atonement” for those sins, until the “real” sacrifice could be made.  And then, when that “perfect” sacrifice was made, the sacrifice of Jesus Christ, and the sacrifice of His blood; (remember, the “life” is in the blood)  When that perfect sacrifice was made,  1 Peter 1:19  says that the blood of Jesus was..  “like that of a lamb without blemish or spot.”   Another metaphor.   Jesus, was “a lamb without spot or blemish.”

And what about this metaphor, that Jesus used, that actually caused some of the followers of Jesus, to be so disturbed, that they stopped following Him!   Here it is from  John 6:53.  Jesus told His disciples;  “Truly, truly, I say to you, unless you eat the flesh of the Son of Man, and drink his blood, you have no life in you.”   That’s quite a metaphor!

Verse 60  says;  “Therefore many of His disciples having heard, said, “This word is difficult; who is able to hear it?”  And sadly,  verse 66  tells us;  “From that time on, many of His disciples turned back and no longer walked with Him.”   Can you imagine turning from Jesus, because you don’t understand all of His words, all of His teachings?  Instead of asking more questions, instead of delving deeper, and learning more, you just turn and walk away.  The truth is, people are still doing that same thing today.

And you know, they really should have known better.  Being Jews, and having the old testament writings, they should have been familiar enough with the metaphors in those writings, to KNOW that Jesus was simply making a “strong point”, concerning HOW one can have “spiritual life” in them.  But those disciples weren’t thinking spiritually, they were thinking physical things.  They were thinking “fleshly”.  They were being “led by the flesh” as Paul put it.

“Led by the flesh” and not “led by the spirit”.   Just a few seconds later, Jesus said, in  verse 63;  “The words that I have spoken to you are spirit and life.”  And although that truth has a very broad application, in other words, ALL the words that Jesus spoke, “are spirit and are life”.   But specifically, at that very moment, when Jesus said  “..unless you eat the flesh of the Son of Man, and drink his blood, you have no life in you.”   THOSE words were “spirit and life”.  They weren’t words to be taken literally, they were words to be taken spiritually!

The reason that those Jewish disciples should have known better, is that the old testament writings used lots of metaphors. of eating and drinking.  And you know what those metaphors were referring to?  Eating and drinking, and food and drink, which are for physical sustenance, were being compared to the truth of God’s word, which is spiritual sustenance.  It’s an analogy between what keeps us alive physically, with what keeps us alive spiritually.

For instance..  Psalm 23, verse 5;  “You prepare a table before me in the presence of my enemies;  You anoint my head with oil; my cup overflows.”  The “table” isn’t just referring to a bare table.  It’s equated with spiritual “food and drink”.  And the “cup” that overflows, is simply equated with God’s blessings which sustain us.

Here’s a somewhat “different” example for you.  It’s from  Isaiah 28, verse 8,  and it says;  “For all tables are full of filthy vomit, with no space left.”   Tables are meant for eating and for drinking, for consuming our daily sustenance;  And again, the scriptures aren’t referring to literal physical tables here.  It’s referring to where your spiritual sustenance comes from.  But the tables here are full of “filthy vomit”. They’re full of something reprehensible!  Not good nutritious food and drink, but with something filthy and vile.

In other words, at the tables of these people, the pure word of God, had been turned into something like vomit in God’s eyes.  “God’s truths”, have been turned into “men’s lies” is what that means.

Once again Isaiah wrote, in  Isaiah 5:13;  “Therefore my people go into exile for lack of knowledge;  Their honored men (their leaders) go hungry, and their multitude is parched with thirst.”  They had turned away from the “true food” that God had given them, and they had turned to their own vomit.

God speaks of the very same thing, in the new testament;  concerning those who leave the pure word of God.  2 Peter 2:22  says;  “But it is happened unto them according to the true proverb, The dog is turned to his own vomit again;  And the sow that was washed, to her wallowing in the mire.”   And that “true proverb” that’s mentioned there, is  Proverb 26:11;  “As a dog returneth to his vomit, so a fool returns to his folly.”

People turn from the “true food” which is God’s word, which is “truth and life”.  Jesus said, in  John 6:55 thru 57;  “For My flesh is true food, and My blood is true drink.  Whoever eats My flesh and drinks My blood remains in Me, and I in him.  As the living Father sent Me, and I live, because of the Father, so whoever feeds on Me, he also will live, because of Me.”   Not true physical food, but true spiritual food!

And just like Melchizedek brought food and drink to Abraham, Jesus Christ, King and Priest of God Most High, brings food and drink to us.  “I am the living bread that came down from heaven.  If anyone eats of this bread, he will live forever.  And the bread that I will give for the life of the world, is my flesh.”   (John 6:51)   And Jesus did “give His flesh” when He sacrificed His physical life, for our spiritual life.