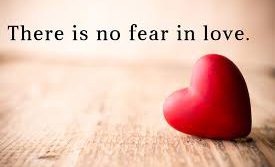 The Spirit of Fear

Please listen to  2 Timothy 1:7..   “Indeed, God has not given us the spirit of fearfulness, but of power and love and self-control.”   The word translated “fearfulness” in this verse, is only found this one time in the bible.  The exact meaning is..   “timidity, fearfulness, and cowardice”.   The word seems to imply a lack of confidence in one’s self.  There’s another Greek word that’s used to convey the idea of terror and alarm, and that kind of fear.  The idea of “reverence” is also implied from this other word.  That word is used 47 times in the new testament.  But the word in  2 Timothy 1:7,  is used only this one time,  and it conveys the idea of timidity, and fearfulness,or a lack of confidence, therefore cowardice.  That’s why it’s contrasted with power, and self-control.  Those are both words implying a “take charge” attitude, and a “confident attitude”.  So the idea of being fearful and timid, and feeling cowardly, is CONTRASTED with the idea of having power, which in this instance means to have strength and ability and power.

All we have to do, is look at God’s definition of love, in  1 Corinthians chapter 13,  to see that “preference” is at the very core of it’s meaning.

V-4  says..  “Love is patient, love is kind..”   That means patient and kind towards others doesn’t it?  Love, “..is not jealous, love does not brag, and is not arrogant.”  So, love is not jealous of others; it is not boastful of self, and it does not act arrogantly.. towards others.  In other words, love does not think of itself as more important than who?  Than others, that’s who.

V-5  says, love..  “Does not act unbecomingly (or improperly), does not seek the things of itself, is not provoked (that word means.. “irritated and aroused to anger”), and does not take into account, wrongs.”  Wrongs, are bad things, evil things.  Love doesn’t even consider those things, it takes no account of them.

V-7  says, Love..  “bears all things, believes all things, hopes all things, endures all things.”  Now there’s a verse that needs to taken in light of other scriptures, and with some rational thought, doesn’t it?  For instance;  If we think rationally,  love can’t possibly bear, and believe in, and hope for sin can it?   It sounds to me like  verse 7,  is a “summation” of everything that was said in the preceding verses.  Really what it’s saying is that love..  “bears with”, and “believes in”, and “hopes for”..   patience, and kindness, and humility, and proper conduct, and forgiveness, and truth.

Those are all the things that were mentioned previously.  So of course love doesn’t literally “bear with and believe in and hope for” ALL things, but rather, only those things that are godly.  The verse just told us that love  “does not rejoice in UN-righteousness, but rejoices with the truth!”  So sometimes, we’ve got to understand MORE than just the words, we have to understand the MEANING of the whole sentence.  And how do we do that?  We do it with the use of rational reasoning, with the whole of God’s word. 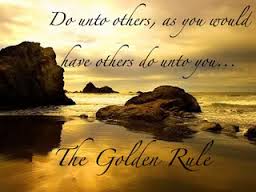 So then, this type of love, described in  1 Corinthians,  is the love that God prefers.  It is the love based on affection, good-will, and benevolence toward others.

“In THIS is love, not that we have loved God, but that He loved us, and sent His son to be the propitiation for our sins.”   1 John 4:10.   Isn’t that God’s affection, and His good-will, and His benevolence towards us?

That is God’s “preferential” treatment of us;  His love for us.

I’ll read it from the KJ version.  “Be kindly affectioned one to another with brotherly love, in honor preferring one another.”   I wonder how many of you have a correct understanding of what that verse is saying?  I know I had a slightly incorrect understanding for a long time; until I really studied the words.  There’s one word there in particular that throws people off.

But let’s start with the easy part.  The phrase “kindly affectioned”, is translated “devoted” in many bibles.  It comes from a word meaning..  “loving affection”, “prone to love”, and “loving tenderly”.  It properly means..  “a lover of family”, and it indicates the special love that bonds a family together.  And this is another word, that is used only this one time in the bible.

The term, “Brotherly love” is rather self-explanatory, but again, it has the idea of family.

The word “honor” in this verse means..  “price, and value”.  so yes, it means honor.  such as how much honor do you ascribe to something, or someone?  But what it’s really saying is, how much “value” do you put on that person or thing.  What’s the “price of it”,  what’s it’s “value”?

But here’s the difficult word.  The word is “preferring”.   What do you think the word “preferring ” means?  If you look up that word in a common English dictionary, it means..  “to like one person or one thing, better than another”.  Another definition would be..  “to put forward in position or rank”.

To give “preferential treatment” is to treat one person better than another, isn’t it?  Or doesn’t it also mean to let someone “go ahead” of you?   In other words..  You go ahead, I’m giving preference to you.  Or; You decide, I’ll go along with whatever you say.  Isn’t that what Abram did with Lot when they had to split up, because the land wouldn’t hold all their flocks to be pastured together?

It says in  Genesis 13:6,  “And the land could not sustain them while dwelling together. for their possessions were so great, that they were not able to remain together.” 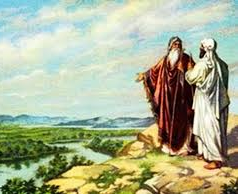 But none of those things, are what the original word in this verse means.  As a matter of fact, it means exactly the OPPOSITE of letting someone else go ahead.

And by the way, this is the only time, the word is used in the bible..

Thayer’s Greek Lexicon says..  “to go before, and show the way”, “to go before and lead”, or “to go before, as the leader”.   Another Greek word study says..  Properly, “to lead the way, passing on the right example, by modeling and exhibiting the proper behavior”.

All these definitions show that it means the opposite as letting someone else, go ahead of you.  It means, you go ahead of them.

So don’t wait for someone to love you first, take the lead, love them first!

How did we get on he subject of love?  Do you remember?  Fear is contrasted with love, in  2 Timothy 1:7. 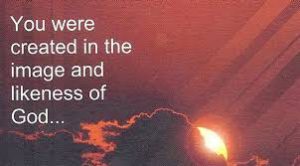 The Spirit of Self-Control

Here’s a word used only this one time in the bible.  The word translated “self-control”, means just that.  It means..  “self-control, self-discipline, moderation, prudence, and sound, or safe-mindedness”.   It’s “behavior that fits the situation, accomplishing God’s will, through the use of sound reasoning”.

If we’re going to accomplish God’s will, we need to deny ourselves of our own will, don’t we?  Self-denial is a principle that’s paramount in the scriptures, to accomplishing God’s will. 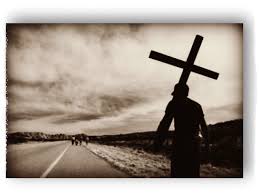 Jesus says in  Luke 9:23,   “If anyone wishes to come after Me, let him deny himself, and take up his cross DAILY and follow Me.  For anyone who wishes to save his life will lose it, but whoever loses his life, for My sake, shall save it.”

To “lose your life”, in this verse, doesn’t mean to die.  It means to give up the things that you would prefer to have for yourself, in this life, in exchange for the things that God prefers you to have.  Remember the core meaning of the word “agape”?  “Preference” is the core meaning.  Preference for others, and especially, preference for God, and for the things God desires.   So then, if we are willing to give up “our life” for “His sake”, then we will save our souls.  If we will give up the things of this world that appeal to our fleshly desires, and if we will put God first, then we will be gaining eternal life.

we’re told in  Mathew 6:33,   “But seek FIRST His kingdom and His righteousness, and all these things will be added unto you.”   “These things” being referred to, are the “necessities” of this life.  Not the comforts and the extravagances of this life, but the necessities.

But, we will be given the “extravagances” of heaven in the life to come.

May God bless you in the study of His word, and in carrying your cross.

Please leave your questions and comments below

And it’s also contrasted with the idea of having