Here’s a question that gets “Googled” many times.  “When did Sunday become Sabbath?”

Many people are confused about the Sabbath.  There are a lot of people who believe that the Sabbath from the old testament is still binding, even though that law has been taken out of the way.  Col 2:14  and  Heb 7:18-19.  In other words many people believe that we are to, “Remember the Sabbath day, to keep it holy”,  Ex. 20:8.

That was the fourth, of the ten commandments that God gave Moses at Mt Sinai, to give to the sons of Israel.  But many people don’t realize that the entire old law, has been “nailed to the cross”, and taken out of the way. 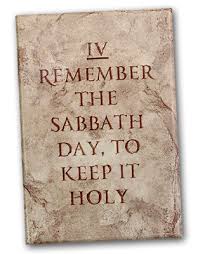 Others believe that Sunday is now the Christian Sabbath, ever since the new testament went into effect.  And so the question,  “WHEN did Sunday become the Sabbath?”

God does tells us about a new Sabbath, but He never calls it a “Christian” Sabbath.  And NEITHER of the above mentioned beliefs are in accordance, with what God has revealed to us.  As I said, God does tell us of a “Sabbath rest”, which still remains for the faithful Christian.  But when I say that it still remains, I mean that it’s in the future!  It remains to be realized and enjoyed by all faithful children of God.  It’s not only for Christians, but it’s for every faithful child of God, from the beginning of time.  It’s coming, just as sure as there is a God of heaven, but it’s not here yet.  It’s not the Sabbath of the old testament, and it’s not Sunday, which the bible calls “The Lord’s Day” Rev 1:10.  Let’s go to God’s word and see exactly what He has said concerning this “Sabbath rest”.

Israel’s wanderings in the wilderness while being led by Moses, were a “type” of the Christian’s wanderings through this life, on our way to heaven.  Our wanderings on this earth are called the “anti-type” of Israel’s wanderings.  The sons of Israel were heading toward the promised land, a physical land, flowing with “milk and honey”,  Ex 3:8, Ex 3:17, Ex 13:5.

We read in Heb 11:8-10, “By faith, Abraham, when he was called, obeyed by going out to a place which he was to receive for an inheritance; and he went out, not knowing where he was going.  By faith he lived as an alien in the “land of promise”, as in a foreign land, dwelling in tents, with Isaac and Jacob, fellow heirs of the same promise; for he was looking for a city which has foundations, whose architect and builder is God.”

So we see that even though Abraham, Isaac, and Jacob were promised a physical land, for their ancestors, namely the land of Canaan, they looked forward to another land.  A land in which there is a city, “whose architect and builder is God”.

Listen please to verses 13-16.  “All these died in faith (Abraham, Isaac, and Jacob), without having received the promises, but having seen them from a distance, and having confessed that they were strangers and exiles on the earth.  For those who say such things make it clear that they are seeking a country of their own.  And indeed if they had been thinking of that country, from which they went out, they would have had the opportunity to return.  But as it is, they desire a better country, that is a heavenly one.  Therefore God is not ashamed to be called their God; for He has prepared a city for them.”

Abraham, and Isaac, and Jacob, all knew that if they were faithful, by obeying the Lord their God, then God would grant them a home in heaven.  And they considered themselves to be strangers, and aliens upon this earth.  They were willing to live as foreigners on this earth, so that they could have rest in their true home, in heaven.

Israel in the wilderness

Now let’s go back to the wanderings of Israel in the wilderness.  In Heb 3:12, God warns us today,  “Take care brethren, lest there be in any one of you, an evil, unbelieving heart, in falling away from the living God.”  Then God uses Israel as an example to us.  God has the writer of Hebrews, quote the old testament, from Ps 95:7-11.

Here’s what that psalm says, “For He is our God, and we are the people of His pasture, and the sheep of His hand.  Today, if you would hear His voice, do not harden your hearts, as at Meribah; As in the day of Massah in the wilderness; When your fathers tested Me; They tried Me though they had seen My work.  For forty years I loathed that generation, and said they are a people who err in their heart, and they do not know My ways.  Therefore I swore in My anger; Truly they shall not enter My rest.”

The writer of Hebrews, inspired by God, wrote in Heb 3:15-19, “While it is said; Today, if you hear His voice, do not harden your hearts, as when they provoked Me.”  For who provoked Him when they had heard?  Indeed did not all those who came out of Egypt, led by Moses?  And with whom was He angry for forty years?  Was it not with those who sinned, whose bodies fell in the wilderness?  And to whom did He swear, that they should not enter his rest, but to those who were disobedient?  And so we see that they were not able to enter because of unbelief.”

Those who died in the wilderness because of disobedience, were the entire generation of the sons of Israel who had actually come out of Egyptian slavery, except for Joshua and Caleb.  These two Israelites were the only men of that entire generation, who remained faithful to God, and were allowed to enter the land of Canaan, the promised land.  All the rest of the nation of Israel who crossed the Jordan river and entered into the land of Canaan, had been born in the wilderness, not in Egypt.

There’s something I want you to take note of here, from those last verses.  And I quote verses 18-19 again, “And to whom did He swear that they should not enter his rest, but to those who were disobedient?  And so we see that they were not able to enter because of unbelief.”

I wonder if you caught the analogy?  Those who were disobedient, were those who did not believe.  There is NO question about it, God equates disobedience with unbelief!  Disobedience and Unbelief, are one and the same thing!  Anyone who disobeys God, does not believe God.  There is no way around it.  Those are God’s own words.   Someone’s disobedience, is the proof, that they don’t really believe.

Now this finally brings us to what some people call, the “Christian” Sabbath.  Let’s read Heb 4:1-2, “Therefore, let US fear, lest while a promise remains of entering His rest, any one of you should seem to have come short of it.  For indeed we have had good news preached to us, just as they also, but the word they heard, did not profit them because it was not united with faith in those who heard.”

God used the Israelites as an example of what happens to those who are disobedient, because of unbelief.  They all fell (they died and perished) and were not able to enter the physical rest that awaited them.   We, as Christians today, are urged by God Himself, to learn from their example, and to not be guilty of unbelief, demonstrated by disobedience, and to come short of the rest that still remains in the promised land, in heaven,  the city of God, that Abraham, Isaac, and Jacob looked forward to.

I’d like you to read the rest of this chapter, Heb chap 4, but listen to these few verses in particular, verses 6-9.  “Since therefore it remains for some to enter it (His rest), and those who formerly had good news preached to them, failed to enter because of disobedience; He again fixes a certain day today, saying through David, after so long a time, just as has been said before; Today if you hear His voice, do not harden your hearts.  For if Joshua had given them rest, He (God) would not have spoken of another day after that.  There REMAINS therefore, a Sabbath rest for the people of God!”

Yes, there is a Sabbath rest remaining for Christians today. 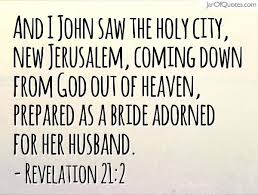 But that Sabbath is not Saturday, the Jewish Sabbath.  And it is not Sunday, the first day of the week, the day that Christians come together to partake of the Lord’s Supper and to engage in the other acts of Christian worship.  But the Sabbath rest which still remains, is heaven.  Where we will all rest from our labors on this earth.  That is, the Sabbath rest remains for all those whose belief, leads them to “Obedience of Faith”.

Listen please to Rom 16:25-26, “Now to Him who is able to establish you, according to my good news and the preaching of Jesus Christ, according to the revelation of the mystery, which has been kept secret for long ages past; but now is manifested, and by the scriptures of the prophets, according to the commandment of the eternal God, has been made known to all nations, leading to Obedience of Faith.”

I truly hope that these words from God, have helped you to understand what the “Christian Sabbath” is.  It’s the Sabbath rest laid up in heaven for all who have ever lived, faithful to God Almighty.  If you have any questions, or if there is something that you’re not clear on, please leave your questions at the bottom of this page.  And I hope you will also feel free to just leave your comments as well.  There is no greater topic to talk about, than the word of God.  May God bless you in your search for “Bible Answers to Spiritual Questions”.  Thanks for listening and studying God’s word with me.

Any comments or questions are very welcome and appreciated.  Please leave your remarks in the space provided below.