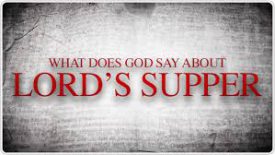 Actually the bible is silent about any “special occasions” like those.  As Christians, we don’t even have the authority or example from God, to celebrate those things in the first place.  The only day that God treats as “special” in the new testament, is the “First Day of the Week”.  Jesus was resurrected on the first day of the week, Mat 28:1, Mk 16:2, Lk 24:1, and Jn 20:1. 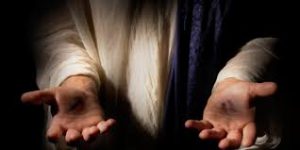 His church was established on the day of Pentecost, which was the first day of the week,  Acts chapter 2.

During a missionary journey, Paul and Luke, met up with other Christians in the city of Troas, and they stayed there for seven days.  And it says in Acts 20:7,

“And on the “first day of the week”, when we came together to break bread, Paul began speaking to them, intending to depart the next day, and he prolonged his message until mid night.”

A couple of things in this verse are very revealing.  First I’d like to point out that the word “intending” in that verse, (some versions say “about to depart”) actually comes from a Greek word that means “to delay or to linger”.  So what the verse is saying, is that Paul delayed his departure, and lingered there in the city of Troas, until he could come together with his fellow Christians, on the first day of the week.  The second thing that we need to take note of is this;  These Christians remained in Troas for seven days.  And on the first day of the week, they came together to “break bread”. 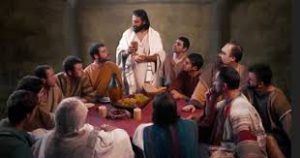 Here’s the context of Acts 20:7.  Paul and Luke are on a missionary journey and were meeting seven other disciples in Troas, along with the Christians who lived there in that city.  They stayed there in Troas for seven days, and when the first day of the week arrived, they came together to break bread.

The verse even says that Paul, “delayed his departure, and lingered until the next day”, so that he could be there on the first day of the week, which was when all the disciples “came together to break bread”.

They did not come together on last day of the week, so that Paul could get on with his journey sooner.  They could have come together on that day if all they wanted was to have a common meal.  And they didn’t do it sometime in the middle of the previous week either.  But instead, they waited until the first day of the week, because that was the day, in which the apostles of Christ, and all other first century Christians, came together to “break bread”.  In other words, that was the day that they came together to eat the Lord’s Supper.

“And Upon the First Day of the Week”

Please do this for me;  Walk over to your calendar, and see how many weeks have a first day.  Now put a big X on the first day of every one of those weeks.  This is how often the God has told us in the bible, to come together to “break bread”.

In the old testament, God told His children, the sons of Israel, to “Remember the Sabbath day, to keep it holy”.  Exodus 20:8.

Why is it that when it comes to money, almost all churches want to have a collection EVERY first day of the week, but when it comes to “proclaiming His death” (1 Cor 11:26), the majority of “churches”, are satisfied with once a quarter, or a couple special times a year?

How Often Should We Partake of the Lord’s Supper?

That depends on who you ask, the God of heaven, or man.

Your comments are always welcome and encouraged.  If you have questions about this topic, or any other, please ask.  If you want to discuss these things in more detail, please let us know.  May God bless you in your study of His word.

This article has 15 Comments