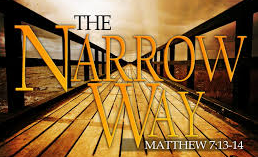 Enter By The Narrow Gate

The bible does confirm that most people will be lost.  Isn’t that a sad thought?  It’s very sad, but the bible says it’s true.  And because of that truth, most people will spend an eternity in Hell.

Jesus has told us, in  Mathew 7:13,   “Enter by the narrow gate”   And here’s the reason that He said that..   “For the gate is wide, and the way is broad, that leads to destruction, and MANY are those who enter by it.”

And then Jesus tells why that statement is true..   “For the gate is small, and the way is narrow, that leads to life, and FEW are those who find it.”    V-14

Many will enter destruction by the road path and the wide gate.  But few will find the narrow way and the small gate, that leads to life.  MANY compared to FEW.  Many will be lost, and few will be saved.  That’s very sad, but unfortunately, it’s the truth!   Jesus said it, and we better believe it.

We’re told in  2 Peter 3:9,   “The Lord is not slow in keeping His promise, as some count slowness, but He is patient towards you, not willing that ANY should perish, but that ALL should come to repentance.”

Now when it says, “The Lord is not slow..”  it simply means that God doesn’t keep the same time table as we do.   V-8  had just advised us,  “But do not let this one fact escape your notice, beloved, that with the Lord, one day is as a thousand years, and a thousand years, as a day.”    God is in eternity.  There’s no past or future in eternity, everything is right now!  It’s always “right now”.  Doesn’t that make it easy to understand why God Doesn’t change?  God is always the same.  If you lived only in the present, you couldn’t change either.  You’d always be just the way you are right now, because it would always BE right now.

So God is not “slow” concerning His promise, it’s all really the same, if His promise of eternal life comes today, or if it comes a thousand years from now.  Or two thousand years from now.   “Repent, and let each one of you be baptized in the name of Jesus Christ, for the forgiveness of your sins, and you will receive the gift of the Holy Spirit.  FOR, the promise is for you, and for your children, and all who far off, as many as the Lord our God shall call to Himself.”   Acts 2:38-39

And that promise is for you and for me, and for  “as many as the Lord our God shall call to Himself.”

Listen to  Romans 8:29-30,   “For whom He foreknew, He has also PREDESTINED to become conformed to the image of His Son, that He might be the first-born among many brethren.  And whom He predestined, these He also CALLED, and whom He called, He also JUSTIFIED and whom He justified, these He also GLORIFIED!”

What about those verses that spoke of being “predestined”?   Does that mean that God has already chosen and selected, those who will be saved?  And so, are only a FEW, predestined for heaven?  Well, the answer is NO.  God has not “chosen” who will be saved and who will be lost, even before we live.  Some people do conclude that, but that conclusion is based on a LACK of knowledge of the bible.  We want to base our conclusions on what we KNOW God’s word says.

We need to know the word of God, which is the truth.  And we need to use that word of God, and REASON, with that word, so that we KNOW the truth.  And once we do know the truth, that truth has the power to set us free from sin.  Free from the penalty of sin, free from the consequences of sin.  “I’m not shamed of the gospel, for it is the POWER of God for salvation, to all who believe, to the Jew first, and also to the Greek.”    Romans 1:16    And the phrase,  “and also to the Greek” simply means, to the non-Jews.  So that’s ALL other people included.   But the gospel was preached FIRST to the Jews, and then to the Gentiles.  Again, which means ALL other nations.

Who Has God Predestined ? 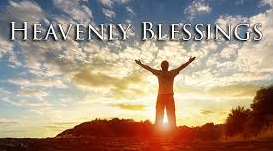 Still the question is, Who has God predestined, and HOW has He predestined them?   Let’s go to  Ephesians 1:3-8,   “Blessed be the God and Father of our Lord Jesus Christ, who has blessed us with EVERY spiritual blessing in the heavenly places in Christ, Just as he chose US, IN Him, before the foundation of the world  (that means before the world was created), that we should be holy and blameless before Him, in love.”

“He predestined us to adoption as sons through Jesus Christ, to Himself, according to the kind intention of His will, to the praise of the glory of His grace, which He freely bestowed on us, IN His beloved.  IN Him we have redemption through His blood, the forgiveness of our trespasses, according to the riches of His grace, which He LAVISHED upon us, in all wisdom and insight.”

“IN Him also, we have obtained an inheritance, having been predestined according to His purpose, who works all things after the counsel of His will, to the end that we who were the first to hope in Christ, should be to the praise of His glory.”

“IN Him you also, after listening to the message of truth, the gospel of your salvation – having also BELIEVED – you were sealed IN Him with the Holy Spirit of promise, who is given as a PLEDGE of our inheritance, with a view to the redemption of God’s own possession, to the praise of His glory.”

God works all things after the counsel of His will.  That’s one of the things that we just read.  So here’s what needs to be emphasized..  It is after the counsel of His will, that  “IN Him,  YOU ALSO, after listening to the message of truth.. ”  I’m going to stop here for a minute.  Listen to  1 Cor 1:21  for a moment,  “For since in the wisdom of God, the world in it’s wisdom, did not come to KNOW God, God was well-pleased, through the foolishness of the message preached, to save those who BELIEVE.”

Did you get that?  In the wisdom of God..  the world in it’s wisdom, did not come to know God.  So, it’s according to the counsel of God, that the world’s wisdom will NOT enable you to come to know God!  God had said in  V-19,  “I will destroy the wisdom of the wise, and the cleverness of the clever, I will set aside.”  That’s actually a quote of the Old Testament from  Isaiah 29:14,  which says,  “Therefore behold, I will once again deal marvelously with this people, wondrously marvelous;  And the wisdom of their wise men shall perish, and the discernment of their discerning men shall be concealed.”

Now back to  Ephesians chapter 1, V-13,   “IN Him, YOU ALSO, after listening to the message of truth, the gospel of your salvation – having also BELIEVED, you were sealed IN Him with the Holy Spirit of Promise.”   Having also believed.  You listened, and then you also believed.  That is critical, to understanding HOW a person is predestined!  Remember, this is  “according to His purpose, who works ALL things after the counsel of His will.”

I want to go to maybe the most well-known verse of the bible,  and that is  John 3:16.   “For God so loved the world  (that means “the people” of the world),  That He gave His only begotten son, that whoever BELIEVES in Him, should not perish, but have eternal life.”    This too, is according to His purpose, and after the counsel of His will.

Ephesians chapter 3,  the apostle Paul wrote,  “To me, the very least of all the saints, this grace was given, to preach to the gentiles, the unfathomable riches of Christ;  And to bring to light, what is the administration, of the mystery, which for ages has been hidden in God, who created all things.”

Those Who Believe Are Predestined To Be Saved 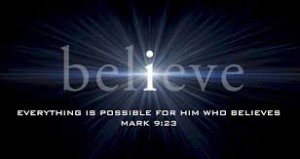 We read in  John 20, V-30-31,   “Many other signs therefore, Jesus also performed in the presence of His disciples, that are NOT written in this book.  But THESE have been written, That you may BELIEVE that Jesus is the Christ, the son of God, and that believing, you may have life IN Him.”

It is “according to the purpose of God”, and it is “after the counsel of His will”,  that we listen to the “message of truth”, and that after we have listened,  after we’ve “heard”, that we “believe” that message.   “So then faith comes by hearing, and hearing by the word of God.”   Romans 10:17

The apostle Paul, was given the grace from God, to have the privilege of bringing to light, the administration of the mystery of the gospel, and in the book of James, we’re told,  “..in humility, receive the word implanted, which is able to save your souls.  But, prove yourselves doers of the word, and not merely hearers who delude themselves.”   James 1:21-22.

And concerning Paul’s preaching of the word, we’re told in  Eph 3:10,  that this was done,  “In order that the manifold wisdom of God might now be made known through the church, to the rulers and the authorities in the heavenly places.  This was in ACCORDANCE with the eternal purpose which He carried out in Christ Jesus our Lord, in whom we have boldness, and confident access through Him in faith.”

And secondly, the phrase, “in the heavenly places” refers to the activities of a spiritual nature.  So, the church, the body of Christ, has the responsibility, we have the duty, to make known to those of people of preeminence, and to those who might have some degree of “ruling power” in spiritual matters, the manifold wisdom of God.  Remember,  “The world, in it’s wisdom, did not come to know God”.  But in God’s wisdom, His spiritual body has the responsibility, to preach the word to ALL people, and maybe ESPECIALLY to those who have the “power” to lead souls away from the true word of Christ, and lead them down the broad path that leads to destruction. 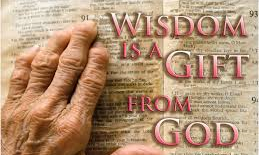 “For the grace of God, that beings salvation, has appeared to ALL men.”   Titus 2:11

It is according to God’s purpose, and it is after the counsel of His will..

Heaven was prepared, heaven IS prepared for the faithful, and the obedient.  Faith and obedience, that’s all it requires to go to heaven.   May the God of heaven bless you in the STUDY and the PRACTICE of His word.