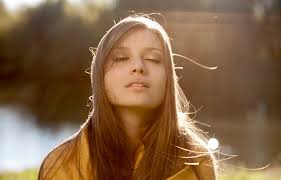 Whoever Believes In Him

The bible says a lot about believing.  Probably the most well-known verse in the bible is  John 3:16  which says,  “For God so loved the world, that He gave His only begotten Son, that whoever believes in Him should not perish, but have eternal life.”

John 6;40,  “For this is the will of My Father, that everyone who beholds the Son and believes in Him, may have eternal life, and I Myself will raise him up on the last day.”

Acts 19:4,   “John baptized with the baptism of repentance, telling people to believe on Him who comes after him, that is, in Jesus.”

1 Cor 1:21,   “..God was well pleased through the foolishness of preaching, to save those who believe.”

We could go on and on, but you get the picture.  So this word “believe”, what exactly does it mean?  Does it mean simply to accept the fact that Jesus Christ is the Son of God?  To acknowledge in your mind and in your heart that He is Christ?   Many preachers will tell you to accept Jesus into your heart and you’ll be saved.  Is that what the bible teaches?   Let’s make a little examination of the scriptures to see if that’s a fact.

Jesus Himself said that He would build His church upon that fact!  In  Mathew 16:16,  the apostle Peter confessed that fact when he said,  “Thou art the Christ, the son of the living God!”   And Jesus answered and said in  V-18,  “..Upon this “rock” I will build My church.”  And His church is His “body” of believers.

If we look at a bible dictionary, we find that the word “believe” means,  “to have faith in something or someone”.  It actually comes from a root word which means,  “persuasion, credence, and conviction”.  So we see that in it’s very basic form, “believe”, simply means to acknowledge something as a fact, as the truth, to be convinced that it’s true.

The bible uses the word in exactly that way in  James 2:19  when it says,  “You believe that God is one, you do well, even the demons believe and tremble!”

The bible says that believing that God is ONE, is a GOOD thing, “You do well”, it says.  Let me ask you a question..  Why do the demons tremble, even though they believe that God is one?

In  Acts 16:30,  a man asked the apostle Paul and his companion Silas,  “Sirs, what must I do to be saved?”  And Paul answered in  V-31  with these words,  “Believe in the Lord Jesus and you will be saved, you and your household.”   So this man was told to BELIEVE, along with his household, and they’d be saved.

A Story Of Demons

A short story is told about Jesus and some demons, in  Mathew 8:28-29.   Here’s how it begins..  “And when Jesus had come to the other side into the country of the Gadarenes..”   Jesus had just crossed the sea of Galilee, and He came to the other side, to the region of the city of Gadara.  This was the occasion when a big storm had come up and everyone in the boat thought they were going to perish, and they called to Jesus and said, “save us!”  Well, Jesus had been asleep, and they woke Him up and said “save us!”  And Jesus said to them,  “Why are you so timid, you men of little faith?”  Then He arose and rebuked the winds and the sea, and it became perfectly calm.”   Mat 8:26. 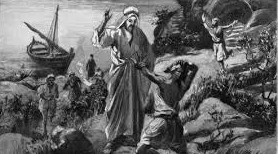 Now let’s continue with  Mat 8:28-29,   “When He had come to the other side into the country of Gadarenes, two men who were demon-possessed met Him as they were coming out of the tombs.  (they lived among the graves)  They were so exceedingly violent, that no one could pass by that road.  And behold, they cried out saying;  What do we have to do with you, son of God?  Have you come here to torment us before the time?”

The demons, or in other words, the evil spirits inside these two men recognized Jesus immediately!  They knew He was the Son of God!  The evil spirits knew it, they were thoroughly convinced of it, and they even confessed it openly!  And they knew that Jesus had POWER over them, because they said,  “Have You come to torment us before the time?”

Now let me say something about that question,  “Have you come to torment us before the time?”.   There is a SET time when all evil, WILL BE punished.  But that “time” was not then, and it’s not now.   That time is at the judgment.  And somehow, even the very “spirit of evil” is aware of that fact.  Just as surely as the demons believe that “God is One”, the demons also believe, and KNOW, that they will be tormented at the time of judgment.

Now, there’s a scripture that is often used to show how God has commanded all of us to repent of evil.  In other words to repent of sin.  Acts 17:30,  says,  “Therefore having looked BEYOND the times of ignorance (in other words, before everyone had God’s word, those were the “times of ignorance”),  God is NOW declaring that ALL men everywhere should repent.”   And here’s WHY God commands us to repent.  The very next verse says,  “Because He has FIXED A DAY, in which He will judge the world in righteousness through a Man whom He has appointed, having furnished PROOF to all men, by raising Him from the dead!”   Acts 17:31

Those are strong words!  God has FIXED a day.  There has been a specific day set apart, from before the worlds were created, in which the judgment will take place.  God’s plan of salvation, and His plan of condemnation, has always been, “from eternity”.  In speaking specifically about His plan of salvation, God said in  Ephesians 3:11,   “This was in accordance with the eternal purpose which He carried out in Christ Jesus our Lord.”   We’re told in  2 Thessalonians 1:6-7,   “For after all, it is only JUST, for God to repay with affliction, those who afflict you, and to give relief to you who are afflicted, and to us as well, when the Lord Jesus shall be revealed from heaven, with His mighty angels, in flaming fire.”

But we don’t know when that day will be, and neither do the demons, but they DO know that it WILL come.  Just as sure as “God is One”,  Judgment will come!   Some people will claim, that they know when the end of times will be, but the BIBLE says,  in  Mat 24:36,  “But of that day and hour, NO ONE knows, not even the angels of heaven, nor the SON, but the Father alone!”

I recently mentioned to a friend that although while Jesus lived on the earth, He didn’t know when the end of time would be, I thought it might be possible that now that He’s back in heaven again with the Father, that maybe He does know, now.   Now of course the bible doesn’t say that Jesus now knows “of that day and hour”, but here’s why I wonder about that..

In  Philippians 2:6-7,  it speaks of Jesus and says,  “Who although He existed in the form of God, did not regard equality with God, a thing to be grasped  (or to be “held onto”),  but He emptied Himself, taking on the form of a bond-servant,  being made in the LIKENESS of men, and being found in APPEARANCE as a man, He humbled Himself by becoming obedient to the point of death, even the death on a cross.”

V-11  says,  “Since all these things are to be destroyed in this way, what sort of people ought we to be, in holy conduct and godliness?” 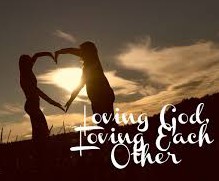 Do you remember from our previous lesson,  “The summing up of ALL things in Christ”?   “Things in the heavens and things on the earth”?   Ephesians 1:10.   Well, even GOD’S love is completed, when we allow it to dwell in us.  “If we love one another, God abides in us, and His love is perfected in us!”

And it’s all because  “God has fixed a day”.

Those evil spirits that completely possessed the two men, KNEW immediately who Jesus was, they BELIEVED that He was the Son of God, they even CONFESSED that fact, but they TREMBLED, wondering if He was going to torment them “before the time”.   Did those demons stand in a saved condition?  Is that a ridiculous question, were the demons saved?   They believed didn’t they?

Did God “purpose” from before the foundation of the world, that the spirit of evil should possess human beings?  Just like God purposed judgment and salvation in Christ beforehand?  Remember, “This was in accordance with the eternal purpose which He carried out in Christ Jesus our Lord.”  Ephesians 3:11

Is it the “domain” of evil, to inhabit and possess a person?  I don’t think so.  As a matter of fact, I KNOW it’s not!    Our purpose is to do God’s will, NOT to do the will of evil.  And I know it, because the bible tells me so.  “The conclusion when all has been heard is; Fear God and KEEP His commandments, for this is the whole of man!”   Ecclesiastes 12:13.   That’s the purpose of all of us, not to be possessed by evil, but to be possessed by GOD to do HIS will!  To keep His commandments.

“For we are His workmanship, created in Christ Jesus for good works, which have been prepared beforehand,  (from eternity actually)  that we should walk in them.”   Ephesians 2:10

“But you are a chosen people, a holy nation, a people for God’s own possession, that you may declare the excellencies of Him who called you out of darkness, into His marvelous light”   1 Peter 2:9 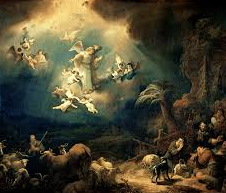 Do you remember what happened to angels that didn’t keep their “own domain”?   Well,  Jude V-6  tells us,  “And angels who did not keep their own domain, but abandoned their proper abode, He (God)  has KEPT in eternal bonds under darkness, for the judgment of the great day.”  Do you think the very spirit of evil will get off any easier?   “..Even the demons believe and tremble!”

God had established a proper “domain” for the angels, and in abandoning their own domain, the angels disobeyed the will of God.  Do those angels who are kept in eternal bonds of darkness, believe?  You know they do.  Their original domain was in heaven with the almighty God!  Of course they believe, but they didn’t obey did they?

We’ll continue with the question of what does it means to believe, in the next lesson.  I truly hope that your appetite has been wet, and that you’ll be eager to read the final part of the answer in our next post titled,  DOES BELIEVING IMPLY OBEYING ?

Thanks for being here, and as always, may God bless you in the study of His word.