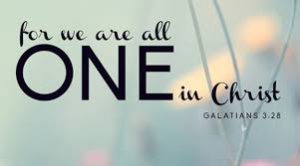 You see, to be IN Christ, is to be in a particular “condition”.  You’re not in a “place” when you’re IN Christ, but you’re in a condition.  And it’s a very good condition that you’re in, when you’re IN Christ.  Think about the condition that Christ is in.  Here’s how  Acts 2:33  describes Christ’s condition;  “..Having been exalted by the right hand of God, and having received from the Father, the promise of the Holy Spirit..”

The “promise” of the Holy Spirit is eternal life.  That’s a pretty good condition to be in, isn’t it?  To be exalted by God, and to receive eternal life.

The phrase, “by the right hand of God”, is really a metaphor.  It means “by the power of God”.  Christ was exalted by the power of God.  And now He has eternal life with God in heaven.  Christ has “re-taken” His original position in heaven, hasn’t He?  That’s what the word “received” means in this verse.  It means to take hold of again, that which you once had;  Christ “took hold of”, the eternal life, that he had from eternity.

Here’s what it says in  Philippians 2:6 & 7?   Speaking of Christ, it says;  “Who although He existed in the form of God, did not regard equality with God, a thing to be grasped.” (or, “held onto”)  But He emptied Himself, taking on the form of a bond-servant, being made in the likeness of men.”

Can you imagine that?  Christ really did humble Himself didn’t He?  He existed in the form of God!  He WAS God!  But yet He gave that up, and became a man.  Would you do that?  Would you give up the absolute bliss of heaven, to come and live here on this earth?  Boy, talk about humbling yourself.

And as if that wasn’t enough, listen to  verse 8, of Philippians 2;  “And being found in appearance as a man, He humbled Himself..”  (he had already humbled Himself, now He’s going to humble Himself even  more)  “..He humbled Himself, by becoming obedient to the point of death, even death of a cross.”   I don’t know if you or I would have done that.

But because HE did that, God exalted Him.  And that’s exactly what God promises to do for us, He promises to exalt us, IF we will humble ourselves.  Like it says in  1 Peter 5:6;  “Humble yourselves therefore, under the mighty hand of God..”  Remember how Christ was exalted by the “right hand” of God?  The “right hand” is the same as the “mighty hand”.  It means by the power of God.  “Humble yourselves therefore, under the power of God, that he may exalt you at the proper time.”

You see, God treats us, the very same way that He treated His only begotten Son.  That’s because we are also sons, and daughters, if we’re IN Christ.  That kind of makes me feel good, knowing that the Almighty God of heaven, treats me, and He treats you, just like He treated His only begotten Son.  It makes me think of  Psalm 8, verse 4;  “What is man, that Thou does take thought of him, and the son of man, that Thou does care for him?”

Let’s think about Christ’s “condition”, and our “condition”, if we’re IN Christ.   Acts 2:33  said;  “Therefore having been exalted by the right hand of God (just like we’re going to be) and having received from the Father, the promise of the Holy Spirit..”   Christ received the promise of the Holy Spirit.  That’s what we’re going to receive!   Right?  Isn’t that what God promises us, in  Acts 2:38 & 39?   Listen..  “Repent, and let each one of you be baptized in the name of Jesus Christ, for the forgiveness of your sins, and you shall receive the gift of the Holy Spirit.  For the PROMISE.. (the gift is the promise) ..the promise is for you and your children, and for all who are far off, as many as the Lord our God shall call to Himself.”

When Christ was exalted by the power of God, in other words, when Christ ascended back to heaven, He received from the Father what had been promised.   Christ was able to “take back”, the eternal life that He had once had, when He existed in the form of God in heaven, before He was found in appearance as a man.

And even though Christ was God, and we are simply the creation of God, through Christ, God has the same thing in store for us, that he has already given to Christ.   When we believe in God the Father, and in Christ the Son, and when we repent of our sins and are baptized INTO Christ, we are then in the same “condition” that Christ was in, when He lived on this earth.  We are all saved souls, just like Christ was, preparing for eternity, by doing the will of God.

Jesus always knew who He was, and why He was here, and exactly where He was going.  Jesus always knew that He was the Son of God.  When he was just twelve years old, He said, in  Luke 2:49;   “Did you not know, that I had to be about My Father’s business?”  He knew His Father was the God of heaven.   And Jesus always knew that He was going to be crucified.  Early on, in Christ’s ministry, He said to Nicodemus, in  John 3:14 & 15;  “And as Moses lifted up the serpent in the wilderness, even so must the Son of Man be lifted up, that whoever believes in Him may have eternal life.”

And even before that, Jesus had told the Jews, who were selling things on the grounds of the temple;  “Destroy THIS temple, and I will raise it up again in three days.”  (John 2:19)  And we’re told in  verse 21;  “But He was speaking of the temple of His body.”  So Jesus knew, that even though He was going to be raised up and crucified, He’d also be resurrected.

And Jesus knew that after He was resurrected, that He’d ascend back to heaven, and “receive” His eternal kingdom.  He said in  Mathew 16:28;  “..There are some of you standing here, who will not see death, until you see the Son of Man coming in His kingdom.”  Jesus had always had the knowledge of the promise, that He would return to heaven, and once again take His rightful place in eternity, as the God of heaven.

And  Acts 2:33  tells us that indeed, Christ was exalted by the “right hand of God”, by the power of God, and that indeed He did receive the promise of the Holy Spirit.  And we also, have that same promise made to us.  We are in virtually the same “condition” condition that Christ was in, when He was on earth.  I don’t know about you, but that makes me feel good.  It gives me encouragement.

That’s exactly how we should be going through this life;  Doing the will of our Father, and accomplishing His work, knowing that we are brothers and sisters of Jesus Christ, and knowing that we are destined for heaven if we remain IN Christ.  “Beloved, now we are children of God, and it has not appeared (it’s not been shown to us) as yet, what we shall be.  We know, that when He appears, we shall be like him, because we shall see Him just as He is.”   (1 John 3:2)

We ARE like Christ WAS, in this life, and we’ll BE, like Christ IS, in eternity.  But God hasn’t revealed to us yet, exactly what Christ IS like, right now.  We know what he WAS like, when He was on earth, but what’s He like now, in heaven?  Maybe God hasn’t revealed to us exactly what Christ is like NOW, and what we’ll be like THEN, because we don’t have the ability to understand it now.  But God says that we will understand it at the proper time.

When Christ is revealed from heaven, “we shall see Him as He is”.  We’ll “see”, so to speak, His condition.  What does a spiritual body “look” like?   We don’t know now, but we will know then.  What is it like to be in the very presence of God?  We can’t comprehend that now, but we’ll comprehend it then.

But on the other hand, what would it be like to be completely separated from the presence of God.  We can’t comprehend that, because we’ve never been, totally separated from God’s presence.  God is all around us, isn’t He?  And that’s all we’ve ever known.  But when we leave this earth, the world that God has created for us, and when the resurrection comes, then, many will find out what it’s like to be totally separated from God.  Luke 13:28  says;  “And there will be weeping and gnashing of teeth, when you see Abraham, and Isaac, and Jacob, and all the prophets, in the kingdom of God, but yourselves being cast out.”

Will you do those things now?  This is your opportunity, so that you can know Christ as He is, and know your fellow Christians, throughout eternity.