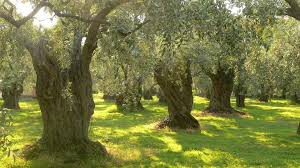 The Cultivated Tree, and the Wild Tree

The apostle Paul was writing to gentile Christians, in the book of Romans.  And he said in  chapter 11, verse 24;  “For if you were cut off from what is by nature, a wild olive tree, and were grafted, contrary to nature, into a cultivated olive tree, how much more shall these who are the natural branches, be grafted into their own olive tree?”

Paul is referring to the nation of Israel, as a “cultivated olive tree”.  God Himself had not only “cultivated” Israel, but He had also “given birth” to Israel.  Moses spoke of the unfaithfulness of Israel, when he said in  Deuteronomy 32:18;  “You neglected the Rock who begot you, and forgot the God who gave birth to you.”  The nation of Israel wouldn’t have even existed, without God bringing it about.

That’s what the new covenant in Christ did, it enabled two trees, to become as one.  That’s what  Ephesians 2:14  says;  “For he Himself is our peace, who made both, one, and broke down the barrier of the dividing wall.”   God cultivated a tree of His very own, and then He grafted branches from a wild tree, into His own tree, and the result is, the kingdom of God.

Of course God had already pruned some branches off, from the cultivated olive tree.  Not in order to “make room” for wild branches, but because some of those cultivated branches had died.  They had lost their faith in God.

Romans 11:19 thru 22  tells us exactly that;  “You will say;  Branches have been broken off, so that I might be grafted in.  Well enough, they were broken off for their unbelief!  But you stand, by your faith.  Do not be conceited, but fear.  For if God did not spare natural branches, neither will He spare you.  Behold then the goodness, and severity of God.  To those who fell, severity, but to you, God’s goodness, if you continue in His goodness, otherwise you also will be cut off.”

The word really means “moral uprightness”.  That’s a trait of God Himself.  And that word is listed in  Galatians 5:22,  as one of the “fruits of the Spirit”.  And of course it would be a “fruit of the spirit”, because it’s a trait of God!  It’s a trait that God possesses, but it’s also a trait that we must learn to possess as well.

Therefore, when we are grafted into God’s cultivated olive tree, it is because we’ve demonstrated our faithfulness.  But if we are to continue to be a part of that tree, we must ourselves, continue in the same moral uprightness, that God Himself has displayed, when He saved us and grafted us into His tree.

Goodness, kindness, moral uprightness;  It’s a fruit of the spirit, that we must learn to possess.

Now let me share something with you that I found very interesting.  I told you that the word
“goodness”, or “kindness” is listed in  Galatians 5:22.  But in that verse, the KJV doesn’t translate it as “goodness”, as it does in  Romans 11:22.   And the reason for that, is because in  Galatians 5:22,  there’s another word translated “goodness” in the KJV.

Let me read that verse to you;  Galatians 5:22;  “But the fruit of the Spirit, is love, joy, peace, longsuffering, gentleness, (that’s the same word from Romans 11:22)  and then to complete this verse we have..  “goodness, faith..”  There’s the other word  translated “goodness”.  This is a different word though.  This word doesn’t mean “moral uprightness”, it means “intrinsic goodness”.  In other words it’s a goodness that is natural to us.  A “goodness” given to us through our nature, by God Himself.  That must be one of the ways that we’re made “in the image of God”.

But what I found very interesting, is something that has to do with this word which means “intrinsic goodness”.

You know how people are always trying to say that the bible is NOT inspired by God?  That the bible was simply written by men, and so we can’t completely trust what it says.  Well, I think that this word that I’m talking about, might say something about the idea that men used their own words to write the bible.

But first, let me tell you this;  As I study different things, and look up various words, I come across MANY words that are only used, one time in the entire bible.  Now that in itself may not mean very much.  But I think even that shows, that those words, that are only used once, or maybe twice, in the whole bible, aren’t among the everyday words that were commonly used, in the Greek language of the day.  But yet they’re used in the bible, once or twice maybe.

Now here’s what I find even more interesting about this one particular word, that’s translated as “goodness” in  Galatians 5:22.  The word is pronounced “agatho-su’-ne”, and let me read what a word study says about it;

19 (agathō-su’nē) occurs four times in the NT, (so, more than once, but only four times.  But listen to this)  and it is apparently strictly a biblical term, i.e. it does NOT seem to appear at all, in secular Greek/the papyri (see N. Turner, Christian Words, 89).

“It does not seem to appear AT ALL, in secular Greek writing.”  It must have been a word that was sometimes spoken, or it wouldn’t even be a word.  But in all the other Greek writings, and there are a lot of Greek writings, it doesn’t seem to appear at all.  I don’t know what you think about that fact, but I think it’s pretty significant.  If a man would have written this verse of the bible, and simply used his own words, would he not have SURELY used words that were common to all Greek writing?  Is there any chance at all, that he would come up with a word that is NEVER used in any other writings of his day?

I think the answer is NO.  No mere man, would do that.  And so I find that very interesting, and I find it to be pretty strong evidence, for inspiration of the bible.  Now, not everyone is going to agree with me, but so be it.

Now I want us to jump over to the section of the bible, that actually records the very first gentiles, being “grafted” into God’s olive tree, which of course represents the kingdom of God.  So I’m going to turn to  Acts chapter 10.

Peter had ben sent to the home of Cornelius, the Roman centurion, whom the bible said,  in  verse 2,  was “a devout man, and one who feared God with all his household, and gave many alms to the people, and prayed to God continually.”

And when Peter had come to the house of Cornelius, that’s when Peter said in  verses 34 & 35;  “I most certainly now understand, that god is no respecter of persons, but in every nation, the man who fears Him, and works righteousness, is welcome to Him”.

So then Peter want ahead and preached the gospel to Cornelius and his household, and it says in  verse 44;  “While Peter was still speaking these words, the Holy Spirit fell upon all those who were listening to the message.”

Now, some people think that it was at this moment when Cornelius and his family were saved, but that’s not what the verse says.  The gentiles had NOT received salvation, when the Holy Spirit fell upon them.  They had simply received the miraculous gift of speaking in tongues.  This is verified in  verse 46, where it says;  “For they were hearing them speaking in tongues and exalting God.”

There were many “gifts of the Spirit” spoken of in the new testament.  There are nine gifts mentioned in  1 Cor 12:4 thru 11.   Speaking in “tongues” is one of those gifts.

The ability to speak in “tongues”, is the gift that the gentiles received in  Acts 10:44.   The gift of speaking in tongues, was for the purpose of identifying the one speaking, as one who is approved of by God.  God was testifying to the fact that He had “approved” of the gentiles, for salvation thru Christ.

Nothing is said there about the gentiles having been saved at this point, only that they had received the same gift that the apostles had received, and were therefore candidates for salvation. (by the way “tongues” refers to KNOWN languages.  Not to some jibberish, as some would have you believe)

Acts 10:45  says that the “gift” of the Holy Spirit, that was “poured out” upon the gentiles, was the “gift” of speaking in tongues.  That’s why Peter says in  verse 47;  “..who have received the Holy Spirit, just as we did.”  Peter is referring to the day of Pentecost, when the apostles themselves had received this same gift.   Acts 2, verse 4  says;  “And they were all filled with the Holy Spirit, and began to speak with other tongues, as the Spirit was giving them utterance.”  This gift being “poured out” upon the apostles, signifying God’s ‘approval” of the message that they were about to preach.

In explaining to the people that day, exactly what was happening with the “tongues”, Peter said in  Acts 2, verses 16 & 17;   “But this is what was spoken of through the prophet Joel;  And it shall be, in the last days, says God; I will pour forth of My Spirit upon all mankind. And your sons and your daughters shall prophesy..”  The use of the same words, that the Holy Spirit had been “poured out upon the gentiles also”,  (Acts 10:45)  shows that this was a continuing fulfillment of that prophesy made by the prophet Joel.

The scriptures affirm, in  1 Corinthians 14:22,   that “tongues are for a sign”.  And so, when Peter and the others had been given this “sign from God”, it prompted him to say in  Acts 10:47;  “Surely no one can refuse the water, for these to be baptized, who have received the Holy Spirit, just as we have, can he?  And he ordered them to be baptized, in the name of Jesus Christ.”

And of course, that’s the very same thing Peter had said on the day of Pentecost, after the people had come to believe in the Christ, and had been convicted of their sin.   They said, in  Acts 2:37;  “Brethren, what shall we do?  And Peter said;  Repent, and let each one of you be baptized, in the name of Jesus Christ, for the forgiveness of your sins, and you shall receive the gift of the Holy Spirit.”

This gift, that all believers are promised, upon their belief and repentance and baptism, isn’t any of those gifts that we spoke of earlier.  THIS gift, is “the promise of eternal life”.  The next verse,  Acts 2:39,  confirms that fact;   “For the PROMISE is for you and your children, and for all who are far off, as many as the Lord our God shall call to Himself.”

And if there was any question as to exactly what the “promise” is, it’s specified in  1 John 2:25,  with these words;  “For this is the promise that He made to us;  Eternal life!”

Try to remember these things when you talk to someone about the purpose of baptism.

And so that’s our lesson on the gentiles being grafted into the Lord’s cultivated olive tree, which is the kingdom of God.