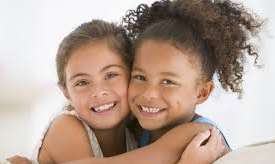 A verse that most people are very familiar with is  John 15, verse 13.   In this verse, Jesus tells us something about love, and about friends;  “Greater love has no one, than this;  That one should lay down his life, for his friends.”  In the next verse, Jesus says;  “You are My friends, if you do what I command.”

And of course, Jesus has “laid down His life” for us.   John 3:16  tells us;  “For God so loved the world, that he gave His only begotten Son, that whoever believes in Him, should not perish, but have life eternal.”

So then Jesus said that the greatest love that anyone can have for another, is to die for them.  To give up your life, so that they could live.  But what else does the bible say about a friend?

A Friend and a Brother

The bible says, in  Proverbs 18, verse 24;  “..There is a friend who sticks closer than a brother.”  Not everyone is that kind of a friend, but there are friends who will stick with you, maybe even when a brother won’t.  And that applies to brothers and sisters.  Are you the kind of friend, that sticks as close to your friends, as you do to your family?  How many of your brothers and sisters in Christ, would you stick so close to, that you’d think you were blood relatives?  Is there anyone in Christ’s kingdom, that you’re that close to, that isn’t physically related to you?

If another Christian didn’t have any personal family member to turn to, could they turn to you?  And would you be “closer than a brother” to them?

A True Friend is Always There

Proverbs 27, verse 10  says;  “Do not forsake your own friend.  For better is a neighbor who is near, than a brother who is far away.”  Is that the kind of neighbor you are?   The bible doesn’t say that we should love our neighbor like a brother, or a sister, but the bible says;  “You shall love your neighbor as thyself!”   Just as much as you love yourself, and just as much as you’re concerned with yourself, that’s how much concern and love we should have for our neighbors, for our friends, and for our family.

A friend, a true friend, is simply there when you need him, isn’t he?  A true friend, isn’t there because he/she is related to you, or because you’ve done so much for them;  A true friend is there, when you need them, simply because they ARE a friend.  And that’s the challenge for us.  Are we willing to be there, for the one who needs us, even if they’ve never done anything for us first?

Do unto others, only if they’ve done for you first?  Is that what the bible says?  No, be there for others, and do unto others, because that’s what God wants us to do.

A Friend Helps You Be Your Best

Here’s something else a friend does.  A friend brings out the best in you.  A friend doesn’t build himself up, he builds you up.   Proverbs 27:17  says;  “As iron sharpens iron, a friend sharpens a friend.”   If you are a friend, you’ll encourage your friends.  I Samuel 23:16  says;  “And Jonathan, Saul’s son, went to David, at Horesh, and strengthened him, in God.”

If you’re a friend, you’ll build up your friends, you’ll support them, you’ll encourage them, and most of all, you’ll strengthen them in God’s ways!

Have you ever been in the position of giving advice to a friend?  Maybe you don’t think that you can give “good advice”.  But here’s what it says in  Proverbs 27, verse 9;  “Ointment and perfume delight the heart, as does the sweetness of a friend, by his soul’s counsel.”

I’d like to make a point about that verse, and about what God is telling us.  You might take a look in your bible, and see what word is used to describe the “counsel” that is given by a friend.  The KJ and the ASV, both call it “hearty counsel”.  The ESV calls it “earnest counsel”.  But the proper word really is the “soul’s counsel”.   It is referring to the “counsel”, or the “advice”, that comes from your soul.  It comes from your very inner being.  It’s not “lip service”.  It’s heartfelt, earnest advice.

There’s a “sweetness”, the Lord is telling us, in a friend who will put their own heart and soul, into our problems, and into our concerns.  A friend is someone who really does care!

And you don’t have to have all the answers, to give what you do have, and to give it from your soul.  It’s really just a matter of being a friend.   Proverbs 17:17  says;  “A friend loves at all times.”

Here’s something about being a true friend, that might be a little uncomfortable though.   The bible says, in  Proverbs 27, verse 6;  “Faithful are the wounds of a friend.”   In other words, sometimes, in order to be a true friend, you might have to tell someone something, that hurts.  You don’t do it for the purpose of hurting someone, but you do it because it needs to be said.

Someone wrote these words;  A friend is someone who stands up for you in public, but sits down with you in private.  A true friend, tells you what you need to hear, even if it’s not what you want to hear.  We need friends like that.  We need friends who are honest.  And as a friend, we need to be honest.   Ephesians 4:15  says;  “But speaking the truth, in love..”

Proverbs 17:17  tells us;  “A friend loves at all times..”   So then, if a friend always loves, then a friend will always do these things;

A true friend, who displays love, doesn’t behave improperly, he doesn’t look to get his own way, he doesn’t allow himself to be provoked to anger, and he doesn’t take into account, something that someone else might have done, that isn’t proper for a friend to do.  In other words, a friend forgives!

Ephesians 4:32  says;  “..Forgiving others, as Christ also forgave you.”  That’s simply what a friend does.

A friend is happy when he hears the truth, and when he sees the truth being lived.  He bears with whatever the circumstances might be.  A friend has faith in all things good, and he remains hopeful at all times, and he endures all things, and his love and friendship never fails.

And if these things that I’ve mentioned sound familiar to you, it’s because those are the things that the bible says, are the epitome of love, in  1 Corinthians 13, verses 4 thru 8.   “A friend loves at all times.”

Jesus is our Best Friend

Jesus Christ loves us, like no one else.  “Greater love has no one, than this, that one lay down his life for another.”  (John 15:13)  And Jesus did, lay down His life for us.

Jesus tells us what we need to hear.  Jesus said, in  John 15, verse 15;  “No longer do I call you servants, for the servant knoweth not what his lord doeth.  But I call you friends, for all things that I heard from My Father, I have made known to you.”   And we need to know, every word that the Father has spoken!

As a friend, Jesus gives us His insight.  We’re told, in  James 1, verse 5;  “But if any of you lack wisdom, let him ask God, who giveth to all liberally, and it shall be given to him.”

Jesus brings out the best in us.  It’s written in  Philippians 4:13;  “I can do all things through Christs who strengthens me.”

And Jesus is always there when we need Him.   Jesus said in  Mathew 11:28 thru 30;  “Come to Me, all that labor and are heavy laden, and I will give you rest.  Take My yoke, upon you (in other words, be joined to Jesus) and learn from Me, for I am meek and lowly of heart, and you will find rest for your souls.  For My yoke is easy, and My burden is light.”

It’s not hard to be joined to Jesus.  there’s just five easy steps;

And then, if we will remain faithful for life, we will be joined to Him eternally in heaven.