Our Question;  Do Miracles Exist Today?

After that last post I received a couple of responses from people who stated that they felt there were miracles all around us today.  For instance, one gentleman stated that just life itself is a miracle, and that all the wondrous things that God does daily are absolutely miraculous.  And I do thank this man and all others who have commented.   For this reason however, I have decided to use this Post as a very detailed explanation of exactly what a miracle is, using bible examples.

All of Creation is Truly a Wondrous Thing 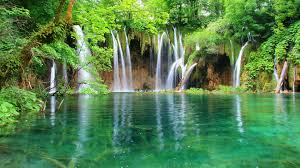 I have to agree that all of creation is the most wondrous thing that we have ever seen, or even imagined.  And life itself is absolutely phenomenal.  But as you can see, I didn’t use the word miraculous there, for the simple reason, that although these things are surely far beyond our human comprehension, and far beyond anything we could even imagine, all of creation, from the billions of stars in the universe, down to the most intricate life forms, are ALL, a part of God’s creation.  And although none of these things came into existence “naturally” (everything that exists, came into being by the supernatural power of God), all of these great and wondrous things, are now a part of nature, and are governed by the laws of nature.

The stars of the heavens, the planets revolving around them, every living thing upon the earth, all continue to exist and function every day, in an orderly fashion, “naturally”, there’s no miracle involved.  The birth of a precious baby, is a “natural” occurrence.  It happens because God has set in motion the laws of nature.  All of the things that we see  happening around us, are happening because of God’s laws of nature.  None of these things are miracles.  They may SEEM miraculous to our limited abilities, but they are nonetheless, natural occurring events, governed by the laws of nature, which have been ordained by the word of God.

And so I hope that the above statement serves to clarify the difference between what is miraculous, and what is according to the laws of nature.  I know that we sometimes tend to use some words rather loosely, such as the word “miracle”, but if we really want to know God’s word, and the truth about any given subject, then we must use words, the same way God uses those words.  If God says that something is a miracle, we must know the meaning, that GOD attaches to that word, so that we can understand the truth that God is telling us.

There is a saying that goes like this, “We should call bible things by bible words, and do bible things in bible ways”.  That’s not a quote from the bible, but it’s a principle that we should follow if we’re going to understand the bible correctly.  How are we going to go to the bible to find the answer to the question, “Are miracles happening today?, if we define a miracle as simply a law of nature, and God defines a miracle as a supernatural act,which overrides the laws of nature?

You can see what I mean, can’t you?  And you can also see that we MUST call bible things by bible names.  There is simply no other way to understand God, than to use God’s definition, of the words that He has chosen to use in the bible.

When have miracles occurred?

In the previous Post, I went into detail about how the six days of creation, was the first example of God’s miraculous power being used.  And I pointed out that miracles, were certainly not an everyday event.  As a matter of fact, I mentioned that it would be another 1656 years before something miraculous happened again.  However I had actually overlooked another event that obviously was miraculous.

The event took place 987 years after the creation, in the year 3017 BC.  The event was when the Lord God, took Enoch out of this world, without Enoch having to suffer physical death.  Here’s how God describes the event in Gen 5:21-24;  “And Enoch lived 65 years and became the father of Methuselah.  Then Enoch walked with God three hundred years after he became the father of Methuselah, and he had other sons and daughters.  So all the days of Enoch were 365 years.  And Enoch walked with God, and he was not, for God took him.” 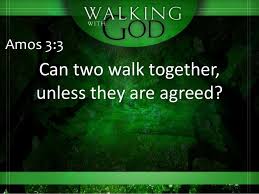 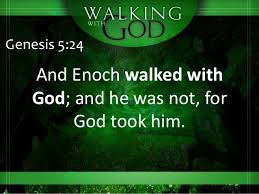 If God had allowed nature to take it’s course, Enoch would have lived until a natural occurrence took his life.  And then Enoch’s flesh would have returned to the earth, and his spirit would have returned to God.  Eccl 12:7  says;  “Then the dust will return to the earth as it was, and the spirit will return to God who gave it.“  But Enoch didn’t die a natural death.  The scripture said that “Enoch walked with God”.  To walk with God, is to do ALL that God has commanded us to do, without exception!  It is to give up our own will 100%, and do God’s will instead.

Enoch evidently did this so perfectly, that it was said that he “walked with God”.  And the Lord God was so impressed with Enoch’s faith and his obedience, that God “took him”.  God took Enoch out of this world without Enoch having to suffer physical death, as nature would have dictated.  And God had this event recorded for us in His Holy scriptures, as a SIGN, and a divine indication, that obedience to God’s word will be rewarded!

Please go back to the previous Post,  “DO MIRACLES EXIST TODAY”,   and read the section titled, “What IS a Miracle”, and read the definition of the original word translated, Miracle.  A miracle is a supernatural sign, or an indication of the power, and might, and ability of God.  Sometimes God has used His supernatural power for His own purpose, as He did when He created all things for His good pleasure, and sometimes God has used that power and ability, for the good of someone else, as with Enoch.

We’ll also see as we go through this study, that God has used His power many, many times, to declare to mankind, that He is the “I Am”, the almighty “Jehovah God”, and that His word is “Truth”, and that the truth MUST be obeyed!

Many, many times, throughout both the Old Testament and the New Testament, God has used His supernatural power, to allow the men who spoke His word, to perform miracles, in order to PROVE that the word which they spoke was indeed GOD’S word, and NOT their own.  But again, the power always came from God!  The power never belonged to the individual performing the miracle.  The power came from God, and so the miracle PROVED, that the WORDS spoken, also came from God.

I’ll give you an example of what I just said.  Jesus Christ had the same power, and might, and ability, as God the Father, because as Jesus said in  Matt 10:30;  “I and the Father are One”.   Jesus is spoken of as having the Holy Spirit, without measure.  That refers to the POWER of the Holy Spirit.  In other words, there was no limit to the power that Jesus had.  All human beings are a combination of body and spirit.  And Jesus was born human, He had a human body, but His Spirit was the very Spirit of GOD.

The example I’ll show you is in  Mark 2:5-12.  Jesus had been healing many people of illnesses and diseases, when some men brought a paralyzed man to Him on a cot.  And the scripture says in  verses 5-12;  “And Jesus seeing their faith, said to the paralytic, My son, your sins are forgiven.  But there were some of the scribes sitting there and reasoning in their hearts; Why does this man speak that way?  He is blaspheming; Who can forgive sins but God alone?”  And immediately Jesus , aware in His Spirit that they were reasoning that way within themselves, said to them;

Why are you reasoning about these things in your hearts?  Which is easier to say to the paralytic, Your sins are forgiven?, or to say, Arise and take up your bed and walk?  But in order that you may KNOW, that the Son of man has authority on earth to forgive sins, He said to the paralytic,

I say to you, Rise, take up your bed and go home!  And he rose and immediately took up his pallet and went out in the sight of all, so that they were all amazed and were glorifying God saying, We have never seen anything like this”.

Jesus spoke the words of God!  And in order that the people would KNOW, that when Jesus told the paralyzed man, “Your sins are forgiven”, these words were GOD’S words, Jesus performed this miracle of healing the paralyzed man, as a sign, as an indication that GOD was forgiving this man’s sins.  Remember, that the Spirit which Jesus possessed, was the very Spirit of God!

In the next Post, which will be   “DO MIRACLES EXIST TODAY ?  PART 3”,   we will continue looking into the bible, to see when God used His supernatural power next, and for what purpose.  I hope that you find this study of miracles interesting, and I pray that you will continue to study here with me as we allow the BIBLE to answer the question, “Are Miracles Still Happening Today?”  Thanks so much for your interest thus far, and may God bless you in your search for “Bible Answers to Spiritual Questions”.