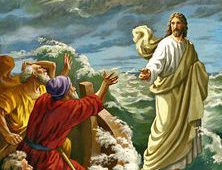 Do miracles still exist today?  Does God perform miracles today, or do some people have the power to perform miracles?  Miracles such as healing the sick, or the lame, giving sight to the blind, casting out demons, prophesying about the future, speaking in tongues, or even raising the dead. 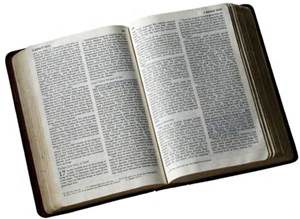 We’re going to go to the bible and allow God’s word to answer this question.  But in finding the answer to this, I am going to ask a few more questions along the way.  The first question I want us to ask is this, “What does the word “miracle” refer to, what does it mean?”  Second, I want us to ask,  “When have miracles occurred in the past?”  The third thing I want us to ask is, “What was the purpose for the miracles that occurred?”  If we first answer these questions, it will be easier for us to understand the answer to the original question, do miracles still exist today?”

So here we go, lets open up the bible, and see what God has to tell us.

The First Question;  What IS A Miracle? 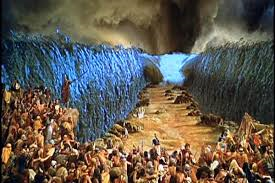 People today are in the habit of using the word “miracle” much too casually.  If something unexpected happens, people say;  It’s a miracle!  But that’s not what a miracle is, in the bible.

The first word translated miracle, means, “an indication, a supernatural sign or token, a wonder”.  So we see that as God uses the word in His scriptures, a miracle is an indication or a sign of something, or a token of something;  But in either case, it comes about supernaturally, by the power of God, and so it’s a “wonder”.   It isn’t simply something unusual and unexpected.  It’s supernatural!

Something that is supernatural, is something that is beyond the realm of the natural laws.  For instance when the clouds gather and it rains, it’s no miracle.  That’s the natural way for rain to come about, from clouds that hold moisture.  BUT, if there wasn’t a cloud in the sky, ANYWHERE, and it began to pour down rain, that would be beyond the laws of nature.  That would be a miracle.  I’m sure you can see the difference. 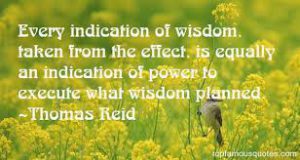 The second word that’s translated “Miracle” in the New Testament, means .. “power, strength, ability, and might”,  and it has the connotation of “supernatural” power and strength, and ability, and might.  So in other words, it refers to a power or ability that comes from beyond the natural laws of nature, and beyond man’s natural abilities.  It comes from God Himself!

So that’s what the bible is talking about, when it uses the words “miracle’ or “miracles”.  It’s talking about a “supernatural” sign.  It’s something that happens outside of the laws of nature, that therefore proves that the occurrence is caused by God.   For instance;  When Moses parted the waters of the Red Sea, in Exodus 14, verse 21;  That was obviously a miracle, an act of God.  Man doesn’t have the ability to do that, so it’s not an act of man.  And since it’s beyond the laws of nature, the mere fact that it occurred, shows it to be a miraculous act of God.

In  John chapter 5,  we’re told about a man who had been lame for thirty-eight years, but Jesus said to him, in  verse 8;  “Arise, take up your pallet, and walk.”   Verse 9  says;  “and immediately the man became well, and took up his pallet, and walked.”

Some lameness can be cured with medical attention, and therapy, but no man who’s been lame for thirty-eight years, immediately gets up and walks!  Therefore, the fact that such a thing happened, shows it to be a miraculous act of God.

Do you remember the story of Elijah and the rain?

The Second Question;  When Have Miracles Occurred?

The question of when miracles have occurred, is pertinent to the understanding of how God has used His miraculous power and might, and it is also pertinent to answering the question, “Do miracles still happen today?”  As one reads through the bible, it becomes apparent, that miracles were not a common everyday occurrence throughout history.  There were specific periods of time in which miracles have occurred.  The bible tells us of the various times in history when God used His supernatural power, to effect miracles.

Many people who call themselves evolutionists, don’t accept the fact that God created all these things.  They would rather believe that all this came about as a big “Accident”, a “Big Bang”.  But that’s not even logical!  When you look around you, and you see all that nature displays, and when you think of the amazing intricacies of life itself.  And when you think of the awesome size and power of the universe, and how ALL these things actually work together, and compliment one another, you can’t possibly believe that it’s all just an “accident”, and a “freak” occurrence.  There is intelligent design in everything we see, and even in the things we can’t see. 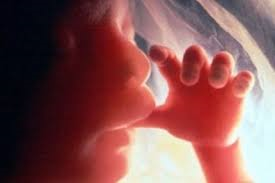 An evolutionary belief, if followed down to it’s very beginning, core principle, says that physical matter, has come into being, from absolutely NOTHING!  But we know, that’s impossible.  Things don’t just appear “out of the blue”, for no reason, and without any cause.  There’s only ONE explanation, for the existence of everything that does exist.  And that explanation is, that there IS an eternal God who was the cause for everything that exists.   Everything came into existence, miraculously.

The apostle John, who wrote by the inspiration of the Spirit of God, recorded for us these words, speaking of the Christ, the Son of God,  “All things came into being by Him, and apart from Him, nothing came into being, that has come into being.”   John 1:3

This is a clear statement that there is nothing that exists, that has come into existence, by any other method, besides by created by God, through Christ.

It states in  Heb 11:3,  “By faith we understand that the universe was created by the word of God, so that what is seen, was not made out of things that are visible.”

The things that we see everyday, all the things that exist, were created by the word of God, in other words, by God’s WILL.  And they were made out of things that are  NOT visible.  Those “invisible things”, are the evidence of God’s supernatural powers, and might, and strength, and ability.

We read in  Romans 1:20,  “For since the creation of the world, His invisible attributes, His eternal power and divine nature, have been clearly seen, being understood through what has been made, so that they are without excuse.”

Those without excuse, are those who deny God, and who “suppress the truth in unrighteousness”,  verse 18.

That doesn’t sound like any category of people that I want to be among, because the first part of  verse 18 says,  “For the wrath of God is revealed from heaven, against all ungodliness and unrighteousness of men…  who suppress the truth in unrighteousness.”

So we can easily see that the creation, was the first period of time in which the supernatural powers of God were used.  Does all of creation serve as a sign or an indication?  YES it does!  Go back again and read  Romans 1:20;  “For since the creation of the world, His invisible attributes, His eternal power and divine nature, have been clearly seen, being understood through what has been made, so that they are without excuse!”

God uses all of creation, to serve as a sign, and as an indication of His presence, and of His power, and His ability.  Though God is invisible, His presence is clearly understood, and clearly proven, by what we see!

Here is an Important Point 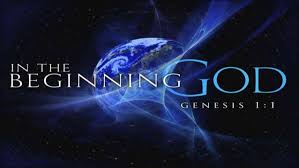 After God had created all that he desired, as related to us in the first two chapters of the book of Genesis, was it necessary for God to keep performing miracles to keep the entire universe running?  Was it necessary for God to keep creating man and woman over and over again, and likewise every other living creature?  Well, the answer is of course NO.  Within God’s creation, the means by which everything is sustained, was created also.

“In Our own image”, “according to Our likeness”.  Then in  verse 28,  God said to them;  “Be fruitful and multiply, and fill the earth, and subdue it, and rule over the fish of the sea, and the over the birds of the sky, and over every living thing that moves on the earth.”

God makes it crystal clear from the beginning, that He has given MAN, the responsibility, to rule over all the earth, over every other living thing.  And man is to rule as GOD would rule, with respect and care, for all that God has created.

Do you remember the point?

The point to all this is; that once God had finished His creation, there was no need for MORE miracles, with respect to the things already created.  God has set things in motion, and now they take care of themselves, and will CONTINUE to take care of themselves, until God says to stop.   Heb 1:3  tells us that God,  “Upholds all things by the word of His power”.

2 Peter 3:10  tells us,  “But the day of the Lord will come like a thief in the night, in which the heavens will pass away with a roar, and the elements will be destroyed with intense heat, and the earth and it’s works will be burned up.”

God has set things in order, and they will stay in order, until the end of time, or as Peter wrote, until  “the day of the Lord”.  No miracles are needed to keep the heavens and the earth functioning, as God has ordained.  God tells us in  Gen 2:1-2;  “Thus the heavens and the earth were completed, and all their hosts.  And by the seventh day, God completed his work which He had done, and He rested on the seventh day from all His work which He had done.”

Now God could “sit back” so to speak, and let “nature take it’s course”.  All creation came about miraculously, but now it continues “naturally”.  The first time that the sun appeared in the sky, it was a miracle.  But now when the sun appears in the sky, it’s just a law of nature.

No More Miracles for at least 1656 years

I hope that I have wet your appetite, to learn more about miracles, and about God’s word.  After the creation, at least 1656 years went by, before any more miracles are recorded for us.  Miracles certainly weren’t an everyday thing, were they?

But for now, keep reading God’s word, and if you have any questions about what we’ve covered so far, be sure to leave your questions or comments, in the comment area below.  Thank you for studying God’s word with me today, and may God bless you.