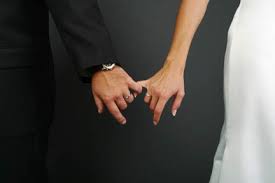 The eleventh chapter of the book of Hebrews is commonly called, “the chapter on faith”.  And the question under consideration today, comes from the first verse of that chapter.  Here’s that verse…

Heb 11:1,  “Now faith is the substance (or assurance) of things hoped for, the evidence (or conviction) of things not seen.”   I think the word “evidence” is a poor choice here.  “Conviction” seems much better.  What the word means here, is.. “the internal persuasion from God.”  In other words, God has persuaded us to have faith that certain things exist, and that certain things are true.  And how has God persuaded us of those things?  Well, He has persuaded us, through the evidence that He has supplied us, through His written word.

As we know, “faith comes from hearing the word of God.”  (Romans 10:17)  Therefore, it is the word of God, which is the “evidence”, and faith is the result of that evidence.  Our faith, is the internal persuasion that we possess, that what God has said is true, and what He has promised, will indeed come to pass, and what He has told us that exists, in addition to what we can see and touch, does in fact exist, in a spiritual realm, which we cannot see and touch.   So then once again, faith is the internal persuasion, of things not seen.

Faith, is the same thing as trust.  If I say I trust you, I mean that I have faith in you.  I may have faith in your reliability, or in your truthfulness, or in your good judgment.  Take a look at the picture at the top of the page.  To me, this looks like it is depicting the trust, and bond that a husband and a wife have for each other.  They trust in one another’s love for each other, and so they have faith, that each will act in accordance with the very best interests of the other, and in accordance with the vows that they took, when they married. 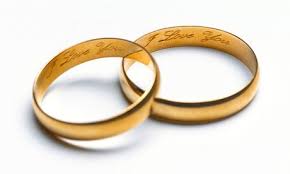 You can’t see the love that they feel for one another though, can you?  You can see what looks like an indication of their love, but you can’t see their actual love.  That’s because their love is actually a spiritual thing.  We use the term love, to refer to physical desire, and we use the word love to refer to an emotion.  But the kind of love that I’m talking about goes beyond either of these things.  The love I’m talking about is the love that puts others first in your life.  It’s the love that motivates you to “sacrifice” everything, for someone else.  It comes from your spirit, and it’s the love spoken of in the bible.

After some years of marriage, and after having been through some ups and downs together, a husband and wife may have developed a deep faith, and trust in one another.  A faith that can’t be seen with the eye, but that is based on the things each one has done for the other, throughout their relationship.  And these things that have been done, serve as the evidence of the love which motivated those previous actions.  And as a result of that evidence, and internal persuasion has occurred.

Let’s Compare This To the Bible Verse

The things that are “not seen” in this relationship between husband and wife, are the things that each one is convinced of, and trusts 100%, that the other WOULD do for them if they had to.  For example, each one has the “faith”, and is “fully convinced”, that the other, would even lay down their life for them, if needed.   Jesus did say, in  John 15:13;  “Greater love has no man than this;  That a man lay down his life for his friends.”

And consequently, this “faith” in the other person, will result in a certain way of treating each other, a certain way of “acting”, that will continue to strengthen this faith, and this trust, and this conviction, that they already have for one another.

Here’s How We Apply It To God

Those were the words of Jesus, while He spoke to a Jewish Pharisee named Nicodemus, as Jesus explained what God’s love has done for us.  And here’s what the apostle Paul wrote in one of his letters to the church at Rome… 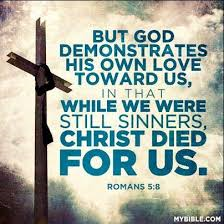 God has demonstrated His love for all mankind, in giving Jesus Christ to be the “perfect sacrifice” for our sins.  And this plan of God’s, to forgive us of our sins, was in the mind of God from eternity.  Eph 3:10 tells us,  “This was in accordance with the eternal purpose which He carried out in Christ Jesus, Our Lord.”

God has created the entire world, and given man to be the “ruler” over all creation.  Gen 1:28.  So God has supplied everything that we need physically to sustain our lives.  And with the giving of Jesus Christ, to be, “..the propitiation for our sins, and not just our sins, but for the sins of the whole world.”  1 Jn 2:2,  God has truly “demonstrated” His love for us, once again.

And so because of what God has already “demonstrated”, we have every reason to “trust”, that He will continue to love us and to provide for us, both in this life, and in the life to come.  As a matter of fact, the apostle Mark, wrote these words of Jesus, in  Mark 10:29-30;  “Truly I say to you; There is no one who has left house, or brothers, or sisters, or mother, or father, or children or farms, for My sake, and for the gospel’s sake, but that he shall receive a hundred times as much, now, in the present age; houses and brothers, and sisters, and mothers and children, and farms, along with persecutions; and in the age to come, eternal life.” 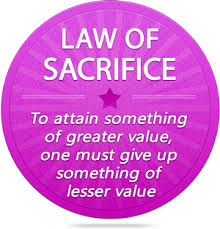 Jesus meant that if you are willing to give up earthly things for HIS sake, and for the sake of His gospel, then He will bless you, a hundred times over.  But we can also expect persecutions to come along with it.  In other words, the people of this world won’t always like, what we’re doing for God.  But God promises to bless us anyway.   And that is what we put our trust in.

These are the type of things that God has promised to us.  Like this promise in Rev 2:7,  “To him who overcomes, I will grant to eat of the tree of life, which is in the paradise of God.”  In other words, if you “overcome” the temptations that this world brings upon you, and if you “overcome” your own self-will, and submit to God’s will, He will bless you with a home in heaven, eternally.  That’s what “the tree of life” represents; Eternal Life, for our soul.  Your soul “will be fed eternally”, and never die!

When we read in  Romans 10:17  that  “.. faith comes by hearing the word of God”,  that basically means is that, everything that has been written, has been written as “evidence” of what God has ALREADY done for us.  And here’s another verse that confirms that.   John 20:30-31  tells us;  “Many other signs therefore Jesus also performed in the presence of His disciples that are not written in this book; But these have been written, that you might believe that Jesus is the Christ, the Son of God, and that believing, you may have life in His name.” 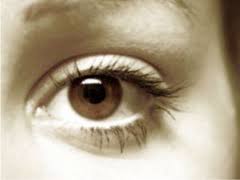 Many of the things that are written, are written by “eyewitnesses” of Jesus, telling us of the things Jesus did.  And these things serve as the “evidence” that gives us faith.   When we read about these things, and when we hear the word of God, that word produces the “faith”, which is “the evidence of things not seen”.

The apostle John tells us, in  1 John 1, verses 1 thru 3;  “What was from the beginning, what we have heard, what we have seen with our eyes, what we beheld, and our hands handled, concerning the Word of Life..  The life was made manifest, and we have seen it, and testify to it, and proclaim to YOU, the eternal life, which was with the Father and was made manifest to us;  That which we have seen and heard we proclaim also to you, so that you too may have fellowship with us; And indeed our fellowship is with the Father and with his Son Jesus Christ.

What Are, The Things Not Seen ?

And when it comes to our relationship with God, let me name three things, that are “not seen”…

#2.  We are added to His church.  We cannot see, our membership, in the kingdom of Christ.  But we believe that God has placed us there.

Acts 2, verse 41  tells us;  “So then those who had “received” his word, were baptized;  And there were added to them that day, about three thousand souls.”  Added to the body of Christ.  And  verse 47  reaffirms that fact, with these words;  “..And the Lord was adding to their number, day by day, those who were being saved.”

Just our gathering together to worship God, that isn’t the evidence, that God has added us to His kingdom.  But because of what His word tells us;  That’s the evidence!

#3.  We are given the promise of eternal life.  And just because we can’t see that promise, we sure can trust in it!    Going back again to the day of Pentecost, Peter said, in the last part of  Acts 2:38, and the first part of  verse 39;  “..And you shall receive the gift of the Holy Spirit.  For “the promise” is for you, and your children, and for all who are far off, as many as the Lord our God shall call to Himself.”

And we are told in no uncertain terms, in  1 John 2, verse 25,  “And THIS is the promise that He Himself has made to us, Even eternal Life.”

How Is Faith, The Evidence Of Things Not Seen?

“Now to Him who is able to do exceedingly, abundantly above, all that we ask or think, according to the power that works in us; To Him be the glory, in the church, (in the kingdom)  by Christ Jesus, to all generations, forever and ever, Amen.”   (Ephesians 3:20 & 21)

Do You Have Faith In God ?

Faith, requires “action”.  James, a brother of our Lord Jesus, wrote in Jas 2:18,  “.. SHOW ME, your faith without works, and I will show you my faith, BY my works.”  Show Me !  James writes.  You can’t show someone your faith, without DOING something.  You can’t SEE faith!  Faith is exhibited, by our works, in other words, by doing the will of God.  Not by doing our own will.  That doesn’t require any faith.  But our faith is shown by doing GOD’S will.  That, requires faith!

James goes on to say,  “You believe that God is one (or, that “there is one God”), you do well; The demons also believe, and tremble!  But are you willing to recognize, you foolish fellow, that faith, without works, is useless!”  (Verses 19 & 20)

Faith, The Evidence Of Things Not Seen

Thanks so much for being here to listen to God’s word, on the subject of “How is faith, the evidence of things not seen ?”

Please, if you have any questions or comments, leave them in the comment area below.  You can also contact me through our email address listed on this website.   buffalococ@outlook.com.   May God bless you in the study of His word.