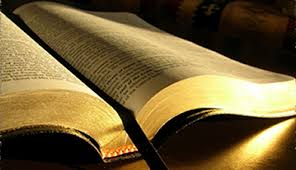 How do you see the bible?

And then there’s many books of prophecies, that tell about future events.  Some events that would take place shortly, but others that wouldn’t take place for centuries to come.   There’s books that itemize, and specify various laws that God gave to His people, namely to the nation of Israel.  And there’s one book, the book of Genesis, that’s really just a book of history.  First it’s the history of the earth and the universe, and then the history of mankind in general.  But after chapter 12, it really follows the history of only one specific family, namely, the family of Abraham, through his descendants, Isaac, Jacob, and Jacob’s twelve sons.

The old testament really doesn’t say anything about itself, as to what type of book it is, I guess because it’s so many different books in one.  But if I had to try to sum it up, and choose just one phrase to describe how I see the old testament, I guess I’d have to say that I see it as a book of history.  The history of creation, and of mankind, and of the family of Abraham, and of the nation of Israel.  A book of approximately 4,000 years of history.

The new testament actually has a little bit to say about how we SHOULD see the old testament.  For example;  It says in  1 Corinthians 10, verse 6, referring to some of the history recorded in the old testament;  “Now these things happened as examples for us, that we should not crave evil things, as they also craved.”  And  verse 11  says;  “Now these things happened to them as an example, and they were written for our instruction, upon whom the ends of the ages have come.”

That phrase was used in one of those verses that I just mentioned, in  1 Corinthians 10:7;  “And do not be idolaters, as some of them were, as it is written; The people sat down to eat and drink, and stood up to play.”   That was referring to how the people worshipped, and danced around the golden calf, when Moses was up on Mt Sinai with God.

That phrase was also used by Jesus, three times, when He was being tempted in the wilderness.  He said to satan, in  Mathew 4, verses 4, 7, and 10,  “It is written, Man shall not live on bread alone”, and “You shall not put the Lord your God to the test”, and “You shall worship the Lord your God, and serve Him only.”  And all those things should guide our lives today, just like it was written in the old testament.

Here’s a statement made in the book of John, that tells us exactly how we should see that book.  John 20:30 & 31  says;  “Many other signs therefore, Jesus also performed in the presence of the disciples, which are not written in this book.  But these have been written, that you may believe that Jesus is the Christ, the Son of God, and that believing, you may have life in His name.”

How about the second greatest commandment of all?  Is that a testimony from God, on how to treat others?  Listen;  “You shall love your neighbor as yourself.”  Mark 12:31.  Of course it’s God’s own testimony to us.  And it’s teaching us how to treat others, and it’s a rule that God expects us to follow.  “Love you neighbor as yourself”,  It’s not just a nice thought, it’s how God expects us to conduct ourselves.  And if we don’t, we’ll answer to God for it.

The bible is also a testimony from God, teaching us how to treat Him.  Like the greatest commandment of all;  “You shall love the Lord thy God with all your heart, and with all your soul, and with all you strength.”  Mark 12, verse 30.   That is a rule that you must follow, if you expect to be saved.   It’s not an option, it’s a rule, it’s mandatory.

And how about  Luke 9:23,  where Jesus teaches us this;  “If anyone wishes to come after Me, let him deny himself, and take up his cross daily, and follow Me.”  Are you going to be saved without following Jesus?  You’re not, are you?   You’ve got to follow Jesus.  He’s the “way, the truth, and the life, and no one comes to the Father, but through Me”, Jesus said, in  John 14:6.  So then here’s a part of God’s testimony to us, on how to be saved;  Deny yourself, and take up your cross daily, and follow Christ.   Is that a “rule” from God, for us to obey?  Of course it is.  It’s a part of the testimony of God, on how to be saved.   Love the Lord thy God, with everything that you’ve got.  Is these “rules” to govern our lives?  Of course they are.   God’s word testifies to that fact!

Can you be saved without following those rules?  NO!  You can NOT be saved without following God’s rules!   If you refuse to follow God’s rules, then for you, it won’t matter whether Jesus was sacrificed for your sins, or not.  Because you refuse to accept the gift that God has offered to you.  God has offered you the forgiveness of your sins, and the promise of eternal life with Him.  Are you going to accept His offer by being obedient to His rules, or are you going to refuse His gift, because you don’t believe in rules?

It’s as simple as that.  If you don’t believe in rules, then maybe there won’t be any rules in hell.  But there are rules in this life.  But if you refuse to follow the rules, then you forfeit God’s gift of salvation.  I don’t see anything unfair about that, and I don’t see how it can be any plainer than that.

But what do we see when we do go further in the bible, past the first four books?   Well, here’s what we see in the book of Acts for instance.  We see the testimony that Jesus gave to His apostles, before He ascended back to heaven.  The testimony was that they (the apostles) were going to be “baptized with the Holy Spirit, not many days from now.”  (Acts 1:5).  Then we see the testimony that the apostles gave, on the day of Pentecost.  Such as  Acts 2:36;  “Let all the house of Israel know for certain. that God has made Him both Lord and Christ, this Jesus whom you crucified.”  Strong testimony isn’t it?

And then what do we see in the book of Acts?  We see more strong testimony.  But this time it’s not testimony of Jesus being the Christ, it’s testimony of how to be saved from your sins.  Here’s the testimony, from God, through the mouth of the apostle Peter;  Acts 2:38;  “Repent, and let each one of you be baptized in the name of Jesus Christ, for the forgiveness of your sins, and you shall receive the gift of the Holy Spirit.”

And what testimony does God give concerning remaining saved?  Well, Jesus testifies in  Mathew 24:13;  “But the one who endure to the end, he shall be saved.”  Is that a rule that applies to us?  Of course, it applies to everyone.  And when we don’t endure, but instead, give in to the temptation to sin, then what?  Well, here’s God’s testimony about that situation;  God says in  1 John 1:9;  “If we confess our sins, He is faithful and righteous to forgive us our sins, and to cleanse us from all unrighteousness.”  God has testified, that’s how it’s done.  Do we as Christians, need to follow that “rule”, in order to be forgiven of our sins?  That’s the testimony of God on the subject, so we better be following it.

If we were to go through the rest of the new testament, we would see that God gives us His testimony, on how to conduct ourselves as Christians, and on how and when to gather ourselves together, and acceptably worship Him, as a congregation.  As a matter of fact, God has given us His testimony on “everything that pertains to life and godliness, through the true knowledge of Him who called us by His own glory and excellence.”  2 Peter 1:3.

And we have God’s personal testimony, on the fact, that in order to become a Christian, we need to follow His rules.  We need to hear His word, and believe it!  And we need to repent of our sins, and we need to be baptized for the forgiveness of those sins, just like His testimony said, in  Acts 2:38.  And of course we need to always be willing to confess our faith in God, and in His Son Jesus Christ, just like Jesus testified, in  Mathew 10:32 & 33.