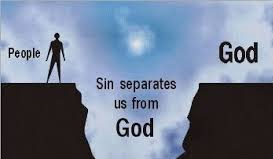 Last week I mentioned that people sometimes go to extremes.  One person thinks that they’re always in sin, and needing forgiveness, and another person thinks that they never sin.  I would certainly hope that no Christian would constantly be in sin.  And I’m quite certain that no Christian, never sins.  The bible tells us that Christians will indeed sin.  We’re simply not strong enough, to never sin.  “If we say we have no sin, we deceive ourselves, and the truth is not in us.”   1 John 1:8.

In reality, we’re all somewhere in between those two extremes.  Hopefully, as we grow in faith and maturity, we will sin less and less, with longer and longer periods in between our sins.  But, we shouldn’t simply assume that we’ll sin less and less, just because we get older and older.  No matter how old we get, we still need to be growing, and maturing, spiritually.

IF we are going to grow, and get stronger, and sin less, then there has to come a time when we evaluate ourselves, to see jhow we’re doing.  If we never address the thought of sinning, and the reality that we will sin, then will we ever really be able to sin less often?

“The power of the air”, or the “authority of the air”, is talking about the authority of the physical realm in which we live.  The air, really means the atmosphere that we breathe.  That’s where satan’s rule is.  Let me give you two examples from the book of Job, of satan being delegated authority.

As we “evaluate” ourselves, we need to be very truthful with ourselves.  Is there anything that separates us from the world, or is there anything that separates us from God?  Are we disobeying any part of God’s words?  As you know, we can disobey God by doing the very things that he has told us NOT to do, or we can disobey by NOT doing the things that He’s told us to do.

What’s worse, to do what God has said not to do, or to not do what He has said to do?  As we get so involved with our lives, it’s probably pretty easy to neglect, the things that we’re suppose to be doing for God.  You remember what it says in  James 4:17;  “Therefore, to him who knows to do good, and doeth it NOT, to him it is sin.”

Here’s something that pretty easy to neglect doing.  “Bear one another’s burdens, and so fulfill the law of Christ.”   Galatians 6:2.   It’s probably a lot easier to think of someone, who’s having problems, and to pray to God, that God will help that person, than it is to help them ourselves.   Have we fulfilled the law of Christ, by simply praying for someone?   That’s just something for us to think about.  How much should we do, before it’s enough?

For instance;  We’re told in  Mathew 25:40;  “Truly I say to you;  To the extent that you did it to one of these brothers of Mine, even the least, you did it to Me.”   So then we can feel good if we’ve done something for someone, knowing that God regards it as if we’ve done it for Him.   But could it be the case, that we might see someone who is in some sort of need, and we say to ourselves;  I’m just going to do a little bit for them, because then I’ll be doing something for God.  And so we do that, we do “just a little bit”.  Is that what you would do for God?  Just “a little bit”?

Colossians 3:23  says;  “Whatever you do, do it from the soul, as for the Lord, rather than for men.”   Your version might say;  “Do it heartily”, or “with all you heart”.  But the word actually means..  “do it from your soul!”  Don’t do a little bit, do a whole lot!   As if everything that you do, you do for God!   Verse 24  says;  “Knowing that from the Lord, you will receive the reward of the inheritance.  It is the Lord Christ whom you serve.”

Colossians 3, verse 16  says;  “And WHATEVER you do, in word or deed, do ALL in the name of the Lord Jesus (that’s by His authority)  giving thanks through Him, to the Father.”   Do everything by Christ’s authority, and do it ALL from your soul, because it’s the Lord that you’re doing it for.

We were talking about sin, weren’t we?  And we were talking about how that God says that it’s sin, for us to know to do good, but to not do it.  If we don’t do everything, from our soul, and heartily, and to the best of our ability, as if we’re doing it directly for the Lord, aren’t we failing to do good?

Have you ever heard it said, that you should go the extra mile?  Where did that idea come from?  It came from the bible, didn’t it?   Jesus said, in  Mathew 5, verse 41;  “And whoever shall compel you to go one mile, go with him two.”   In other words, put your soul into it.   Don’t do the least you can do, do the most you can do.

Is it a sin, not to go the extra mile?  Is it a sin to bear one another’s burdens, to the least possible degree that you can?  Is it a sin, to serve God, to the smallest degree that you can?  The world requires a lot of our time, doesn’t it?   A lot of that time, that we give to the world, could be given to God, couldn’t it?   How many miles are you gonna give to the world this week?  How many did you give last week?

So then, let’s ask ourselves this question..  Are we sinning, if we remain stagnant?  Maybe we’re not “falling away”, but we’re sure not growing either.  If we’re not growing, are we sinning?  I’m telling you, we better be thinking about this kind of stuff, before it’s too late to think about it.

Hebrews 6:1  says;  “Therefore, leaving the elementary teaching about the Christ, let us press on to maturity, not laying again, a foundation of repentance from dead works, and of faith toward God.”

So then, after we’ve repented from “dead works”, what are we suppose to do next?   Ephesians 2:10  says;  “For we are His workmanship, created in Christ Jesus, for good works, which God prepared beforehand, that we should walk in them.”

We’re supposed to be walking in “good works” that God has prepared for us to walk in.  And “to him who knows to do good, and doeth it not, to him it is sin.”

In  2 Peter 1: 5 thru 7,  Peter lists some things that we are supposed to add, or supply, to our faith.  And he says that they way we add these things, is through “diligence”  (V-5).   So here’s what Peter says that we’re suppose to “supply” to our faith;  “moral excellence, knowledge, self-control, perseverance, godliness, brotherly kindness, and love.”

Now listen to  verse 8;  “For if these are yours, and are INCREASING, they render you neither useless, nor unfruitful, in the true knowledge of our Lord Jesus Christ.”

IF you have added these things to your faith, and IF they are INCREASING!  Then, you won’t be useless nor unfruitful.  What if these things are not increasing?  Are you sinning?

2 Corinthians 13, verse 5  says;  “Examine yourselves, whether you are in the faith.  Test yourselves, or do you yourselves not recognize, that Jesus Christ is in you;  Unless you have failed the test?

Is what we do, being done from our soul?  As if we are doing it directly to the Lord.

I can’t answer for you, and you can’t answer for me, but we’ll ALL answer to God.  “For we must all appear before the judgment seat of Christ, that each one may be recompensed for the things in the body, whether good or bad.”   2 Corinthians 5, verse 10.

“It is the Lord Christ, whom you serve!”   Colossians 3:24.   But we can’t SERVE the Lord, unless we’re IN the Lord.  And no one is In the Lord, until they have believed in Christ, and repented of their sins, and confessed His name, an have been baptized for the forgiveness of their sins.  And you can’t serve the Lord, unless you remain faithful to the Lord.

But if you DO all those things, and if you grow, in faith, and in DOING His will, then He’ll give you a crown of life.  But remember, nowhere in the bible, does it indicate that we can stagnate, and not grow.  We all need to grow, into salvation.