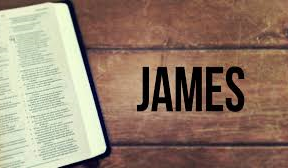 Verse 13  introduces a new subject matter, from the previous verses.  James had been talking about those who trust in their riches, instead of trusting in God.  And he had been talking about how the rich sometimes persecute the poor.  And he talked about being patient, and waiting on the Lord, to receive the Lord’s blessings.  And he talked about treating one another with kindness and compassion and respect.  He talked about how the Lord is full of pity and mercy.  And he talked about how our word should be the guarantee of our honesty.   Verse 12  says;  “Let your yea be yea, and your nay be nay, that you do not fall into judgment.”   In other words, if your word can’t be trusted, then you will fall into judgment;  You will be condemned!   That’s some pretty serious stuff isn’t it?  In relation to our word, in relation to our “honesty”.

Verse 13  says;  “Is any among you suffering?  Let him pray.  Is any among you cheerful?  Let him sing praise.”   And I might add that your praise, in itself, is pretty much a prayer to God also.  And so we have suffering and prayer, and cheerfulness and prayer.  And the verses that follow, are going to continue with the subject of prayer, with the emphasis being on the “power” of prayer.  And the related subject matter will be..  infirmity and healing, and sin, and the forgiveness of sins.

So then the main subject matter, is the power of prayer, and it’s relationship to infirmity and sin, and healing and forgiveness.

James 5, verse 14  says;  “Is anyone among you sick?”  And as I pointed out last week, the word “sick”, means.. to be weak or infirmed;  Either physically, or spiritually.  The bible uses this word 20 times, in reference to physical infirmity, and 13 times, in reference to spiritual infirmities.  “Is any among you infirmed?  Let him call for the elders of the congregation, and let them pray over him, anointing him with oil, in the name of the Lord.”

Some people believe that the phrase..  “anointing him with oil” should be taken literally, and others believe that it should be taken figuratively.  If we take it literally, it means..  to rub someone with oil, or to pour oil upon someone.  And if we take it figuratively, it would mean..  to “rub” someone with God’s blessings, or to “pour” God’s blessings out, upon someone.

Let me just read how that verse would be worded, if we take the anointing to be figuratively;  “Is any among you infirmed?  Let him call for the elders of the congregation, and let them pray over him, rubbing God’s blessings upon him, in the name of the Lord.”

So then, what if we were to take that translation of the word “ailing”, and use it here in  James 5, verse 15?   Here’s how it would read;  “And the PRAYER of faith, will heal the one who is fainting in his soul, and the Lord will raise him up!”

The Prayer of Faith Heals

In this verse, we see James getting right into the subject of the power of prayer;  “The prayer of faith, will heal the one who is ailing..”   And then of course we see the power of prayer illustrated quite clearly, in  verses 17 & 18,  which says;  “Elijah was a man of like passions as us.  (in other words, Elijah’s nature, was the same as our nature)  And he prayed fervently that it might not rain;  And it rained not on the earth, for three years and six months.  And he prayed again, and the heavens gave rain, and the earth brought forth her fruit.”

And so now let’s use the subject of baptism, as the analogy.  We know that baptism, in and of itself, does not wash our sins away.   Because, without the Lord, being immersed in water has no “power” to forgive your sins.  We know that it’s the Lord who’s doing the forgiving.  But we also know, that it’s the “act” of being baptized, which causes, or which “initiates”, God’s forgiveness.  And so then, prayer and baptism share a common purpose.  It’s the “act” of prayer, and the “act” of baptism, that both serve to initiate the process of forgiveness from the Lord.

So, “the prayer of faith will heal the one who is ailing, and the Lord will raise him up.”   To “raise him up” certainly could be referring to raising someone out of physical sickness;   For example, the scripture says in  Mark 1:31; “And He came and took her by the hand, and raised her up, and the fever left her, and she ministered to them.”

So that’s the most common usage, But, that phrase is also used in the bible, in reference to the Lord “raising someone up” spiritually.  For example,  2 Corinthians 4:14  says;  “Knowing that He that raised up the Lord Jesus, shall raise up us also, with Jesus, and shall present us with you.”

Romans 13:11  says;  “And this, knowing the season, that already it is time for you to rise up out of sleep;  For now is salvation nearer to us than when we first believed.”   Raised spiritually.

Now, it was noted last week in our study, that a common belief is that  James 5, verses 14 & 15  refers to someone being healed of a physical infirmity, because of the fact that the gift of healings was common in the first century when this was first written.  And since the gift of healing was common, it is concluded that the elders of the congregations would have all possessed this gift, and would have been able to heal anyone who was brought to them.

Now none of us can say for sure, whether or not, ALL elders in the first century possessed the gift of healing.  I suppose that’s possible;  But it seems like an awful lot to assume, since there is no actual biblical evidence of that being a fact.  But  James 5, verse 15  is stated in a pretty much a “factual manner”.   “Is any among you infirmed? Let him call for the elders of the church, and let them pray over him, anointing him with oil, in the name of the Lord.  And the prayer of faith will heal the one who is ailing..”    That doesn’t seem to leave any room for doubt, but that the healing WILL take place.

But now, listen to the last part of the verse;   “And the prayer of faith will heal the one who is ailing, AND if he has committed any sins, it will be forgiven him.”

Now let me ask you a question..  If this passage is talking about someone being healed physically, through the prayers of the elders, what does that have to do with being forgiven of their sins?   Quite frankly, even if God should choose to heal someone physically, that has nothing to do with God forgiving their sins.  Nothing whatsoever.  As we all know, God has placed in order, some very specific laws, regarding the forgiveness of our sins.  And our physical health doesn’t enter into the picture.  And there’s is nothing implied in this verse, that would make us believe that the infirmed person, had confessed his sins, and repented of them, so as to be forgiven of his sins.

What Are The Facts ?

Let’s recap what we’ve been told so far.  First we’re told, that if any among you is infirmed, let him call for the elders, and let the elders pray for that infirmity.  Then we’re told that the prayer of faith, will heal the one who is “ailing”.  And then we’re told that, that in addition to that, if he has committed any sins, those sins will be forgiven him.

But here’s the problem that I have with that;  If we take this as referring to someone who is physically infirmed, calling for the elders to pray for him, and that the prayer of the elders is responsible for that healing, then it is anti-scriptural, to say that his sins will also be forgiven, at the same time, as the result of that prayer.  And I can’t see how that would NOT be anti-scriptural.  You simply cannot pray someone’s sins away!

And if were to suggest that the person’s sins were forgiven for some other reason, besides the prayer of the elders, then that is definitely reading something into the verse that is clearly not there, because nothing in this entire passage gives any indication of any other reason for sins to be forgiven.

Therefore, I believe that the only scriptural understanding of this passage, is to conclude that the one who is infirmed, is one who is spiritually infirmed, and not physically infirmed.  As a matter of fact, in the very next verse,  verse 16,  the bible itself makes that very conclusion;  It says;  “Therefore, (in other words, Therefore after we consider all that we’ve been told about the situation)  confess your SINS to one another, (we’re not told to confess all our physical ailments, but rather, confess your sins)  and pray for one another, that you may be healed.  Much prevails, from the effectual prayer of a righteous man.”

But the words, “and if”, don’t have to be translated in that way.  Another perfectly proper translation would be, “even though”.   It’s simply a word that can be used in several different ways, depending on the thought being expressed.

Let me make yet another analogy here.  Consider  Isaiah 1, verse 18  which says;  “..Though your sins be as scarlet, they shall be white as snow;  Though they be red like crimson, they shall be as wool.”

Now listen to  James 5:14;  “..And the prayer of faith will heal the one who is ailing;  Though he has committed sin, it will be forgiven him.”