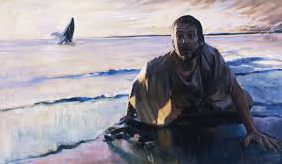 ” Then said I;  Woe is me!  For I am undone, (I’m ruined, I’m destroyed)  because I am a man of unclean lips, and I dwell in the midst of a people of unclean lips;  For mine eyes have seen the King, the LORD of hosts.  Then one of the seraphim flew to me, with a burning coal in his hand, which he had taken from the altar with tongs.  He touched my mouth with it and said;  “Behold, this has touched your lips; and your iniquity is taken away and your sin is forgiven.”  (Our sins are forgiven, aren’t they?  They’re not forgiven in quite the same manner, but they are forgiven!)

Isaiah didn’t even know where the Lord was wanting to send someone, but I suppose it didn’t matter, because Isaiah said;  “Here I am, send Me!”    He had just seen a vision of the Lord of hosts, (in other words, the Lord of everything!)  on His throne in heaven, and tho he was a man of “unclean lips” as he put it, who lived among all others, “of unclean lips”, the Lord had forgiven his sins!  And now the Lord wants to know; “Who shall I send?  And who will go for us?”   That’s all Isaiah had to hear..  “here am I Lord, send me!”

Did you hear in that last verse, the word “us”?  I suppose “Us” refers to, the Father of everything..  “The Lord of hosts”;  And to the Word of God, which is God, through whom all things were created;  And to the Holy Spirit, of “the Lord of hosts”,  which is also the Spirit of His Word.   “who will go for US”  ?

Who will go for God?  And who will deliver His words, and reveal His will?  “Here I am, send me” said Isaiah!  We all need to be a bunch of “Isaiahs” don’t we?  When there’s something that needs to be done, Here I am, I’ll do it!  I We need to be, an “Isaiah”, and just do, whatever it is, that God needs done.  Whether it’s here in our bible studies, or in our worship services, or before or during our gospel meetings, or whether it’s in you own personal life at home.  Whatever it is that needs done for God, you know the saying..  Just do it!   Can I do it? Please let me do it?

But I think maybe a lot of times though, we have a tendency to just want to, blend in with the woodwork.  Maybe they won’t see me.  You know, I am pretty busy.  And I’m probably not that qualified anyhow.   I’ll just kind of “blend in over here, an someone else can do it.   Don’t be a “Jonah”, just do it!

Jonah didn’t want to do it.  Jonah went one step further than to just blend in, so that maybe the Lord would get someone else.  Jonah got completely out of there!   Or at least he tried to get out of there.

So, from the beginning, Jonah doesn’t strike us as being too bright, does he?  How foolish, to try to run away from the presence of God!  Don’t be a “Jonah”.   Even if you really don’t want to do something that the Lord expects you to do, don’t try to run away!  And don’t try to hide!  It’s probably bad enough that you don’t care enough to do what the Lord asks, after He’s forgiven you of your sins, and after He’s added you to His kingdom, and then, you just don’t want to do what He asks!

That’s bad enough, but don’t be a fool about it;  Don’t be a “Jonah”!  Where you gonna flee to?  Where you gonna hide?   “If I ascend into heaven, You are there;  If I make my bed in hell, behold, You are there.  If I take the wings of the dawn, If I dwell in the remotest part of the sea, even there Your hand will lead me;  And Your right hand will lay hold of me.  If I say;  Surely the darkness will overwhelm me, And the light around me will be night;  Even the darkness is not dark to You, And the night is as bright as the day. Darkness and light are alike to You!”  (Psalm 139:8)

(Oh by the way, the lawn needs mowed again out here.  And especially by the preacher’s house.  Wouldn’t it be nice if it looked good for the gospel meeting, and for our visiting preacher?  Oh yeah, and our website still needs comments)

Do you know why Jonah didn’t want to go and preach to Nineveh?  He didn’t want the people to repent and be saved!  That’s right, and I know that to be a fact, because after they did repent, and after the Lord did change His mind about destroying them, good ole’ Jonah, said to God, in  chapter 4, verse 2;  “Ah, LORD, was not this what I said when I was still in my country? Therefore I fled previously to Tarshish; for I know that You are a gracious and merciful God, slow to anger and abundant in lovingkindness, One who relents from doing harm.”

Jonah wanted the people to be destroyed!   Not only was Jonah a fool, but evidently he didn’t have an ounce of love in him either.  Don’t be a “Jonah”.

So, what happened to Jonah, when he tried to run from the Lord?  Let me just read the rest of  Jonah chapter 1;  Verses 4 thru 17..

“The LORD hurled a great wind on the sea and there was a great storm on the sea so that the ship was about to break up.  Then the sailors became afraid and every man cried to his god, and they threw the cargo which was in the ship into the sea to lighten it for them. But Jonah had gone below into the hold of the ship, lain down and fallen sound asleep. So the captain approached him and said, “How is it that you are sleeping? Get up, call on your God.  Perhaps YOUR GOD will be concerned about us so that we will not perish.”

“Each man said to his mate;  Come, let us cast lots, so we may learn on whose account this calamity has struck us. So they cast lots, and the lot fell on Jonah!”  Now let’s stop for a minute;  Here’s Jonah, trying to run away from God, and the rest of the men are going to “cast lots” to see who the guilty one is, that’s bringing this calamity on them!  How’s that gonna work?  But it DOES work, and Jonah is singled out!   The guilty one is singled out!

Now, who’s hand, do you think was involved, in the results, of the casting of lots?   It was GOD’S hand, wasn’t it?  You can’t run and hide from God!

Listen to what the rest of the people said to Jonah;  beginning with  verse 8;  “Tell us, now!  On whose account has this calamity struck us?  What’s your occupation?  And where do you come from?  What is your country?  From what people are you?”   They were really grilling Jonah, weren’t they?  And rightfully so!

“Then the men became extremely frightened, and they said to him;  How could you do this? For the men knew that he was fleeing from the presence of the LORD, because he had told them!”  It sounds like they were a lot more sensible than Jonah was;  They were afraid of the Lord!

“So they said to him..  (verse 11)  ..What should we do to you that the sea may become calm for us?”  For the sea was becoming increasingly stormy.  He said to them;  Pick me up and throw me into the sea.  Then the sea will become calm for you;  For I know that on account of me, this great storm has come upon you.”

“However, the men rowed desperately to return to land, but they could not, for the sea was becoming even stormier against them.”  They didn’t want to throw Jonah overboard.  In spite of what Jonah had done, they didn’t want to see him die!

“Then they called on the LORD and said;  We earnestly pray, O LORD, do not let us perish on account of this man’s life, and do not put innocent blood on us;  For You, O LORD, have done as You have pleased.  So they picked up Jonah, threw him into the sea, and the sea stopped its raging.”  They just didn’t see any other way.  And it worked!  And the sea was calmed.”

“Then the men feared the LORD greatly, and they offered a sacrifice to the LORD and made vows.  And the LORD appointed, a great fish to swallow Jonah;  And Jonah was in the stomach of the fish three days and three nights.”  I guess it doesn’t pay, to try to run away, from the presence of the Lord, and from our responsibilities, to the Lord!

The whole next chapter,  chapter 2,  is a prayer to God, by Jonah.  A desperate prayer, of admission of his guilt, and an admission of the Lord’s greatness, and a prayer for deliverance, from God.  At first Jonah was running, from God, but now he was praying for deliverance, from God.  And the chapter concludes with these words, in  verse 10;  “Then the LORD commanded the fish, and it vomited Jonah up, onto the dry land.”  Jesus once said;  “..and the one who comes to Me I will by no means cast out.”  (John 6:37)   And of course, Jesus, is God.

And then in  Jonah 3, verses 1 & 2;  “Now the word of the LORD came to Jonah the second time, saying;  Arise, go to Nineveh the great city and proclaim to it the proclamation which I am going to tell you.  So Jonah AROSE, and went to Nineveh, according to the word of the LORD.  Now Nineveh was an exceedingly great city, a three days’ walk.”

Jonah had learned his lesson, hadn’t he?  Or maybe he hadn’t hadn’t actually “learned his lesson”.  Here’s why I say that;  The bible says, in  Jonah 3, verses 4 & 5;  “Then Jonah began to go through the city one day’s walk;  (That’s how long it took to go all through the city)  And he cried out and said;  Yet forty days, and Nineveh will be overthrown!”

“Then the people of Nineveh believed in God;  And they called a fast, and put on sackcloth, from the greatest to the least of them.”  And the next couple of verse tell us that the king of Nineveh put out a decree, that neither man nor beast, should not eat or drink, because as the king said;  “Who can tell;  God may turn and repent, and turn away from his fierce anger, that we perish not?”

An God was pleased with their repentance.  And  verse 10  says;  “And God saw their works, that they turned from their evil way;  And God repented of the evil, that he had said that he would do unto them; and he did it not.”

But do you know who wasn’t happy about the repentance of Nineveh?  Jonah, wasn’t pleased!   You;d think that he’s have learned his lesson, and turn from his own rebellious ways, and be glad, because of righteousness.  But he wasn’t.  Chapter 4, verse 1  says;  “But it greatly displeased Jonah, and he became kindled with anger.”

Please, don’t be a “Jonah”.  Please, instead of being a “Jonah”, be an “Isaiah”.  When the Lord sent Isaiah out to announce judgment upon the unfaithfulness of the people of his day;  And the Lord told Isaiah of all the hardship and calamity that would befall them, do you know what Isaiah said?  He said; “Lord, how long?”  How long will your anger last, before you once again show mercy to the people.  Isaiah didn’t want the people to suffer.  Isaiah’s sins were forgiven, but he wanted their sins to be forgiven also.  And so he simply asked the Lord;  “Lord, how long?”