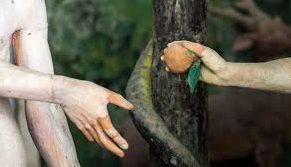 Are We Guilty of Original Sin ?

We’re told in  1 Corinthians 3:11;  “For no other foundation, can anyone lay, than that which is laid, which is Jesus Christ.”   The fact that Jesus is the Christ, the Son of God, is the foundation for every other fact that is taught in the entire bible!

So now you understand what a “foundational principle” is.  You could also call it a “foundational truth”, because it is an absolute truth, for all time, which nothing else can ever affect, and which can never be changed.

Now, here’s one more “foundational truth”, and a foundational principle” upon which the entire bible is based;  God tells us in  Romans 3, verse 23;  “For all have sinned, and fall short of the glory of God.”  Since sin is the “transgression of the law”  (1 John 3:4),  we know that it is all who are capable of transgressing God’s law, who have sinned.  Babies, young infants, the mentally incapacitated,  are not capable of even knowing any law.  Therefore neither are they capable of transgressing any law.

Nothing can ever change that fact, and that truth, and nothing can change that principle, upon which the bible is based.  It seems like every foundational truth, is always backed up by another verse of scripture somewhere, which teaches exactly the same thing.

So there you go..  Jesus is the Christ, and we are all sinners!   I spoke last week about how we need to take these foundational truths, and principles, and use them to assist us in interpreting the rest of the scriptures, some of which may not be so straightforward, and so easy to understand, as our foundational truths are.

And so I want to do that with a certain subject today, and I want to illustrate how we can use a foundational principle and truth, to help interpret a specific verse of scripture, and thereby arrive at a correct understanding of the topic.

Our topic is what people call, “original sin”.  And of course “original sin” is the idea that all human beings are born, guilty of sin.  And that idea has arisen from the misconception, and the misunderstanding, that the sinfulness of Adam, the very first man, has been passed down from Adam, to each and every successive generation.  And that of course includes both men and women.

So there’s the subject, now let’s take a look at a foundational principle that God has stated in His word, in  Ezekiel 18, verse 20.   Here’s what that principle, and that truth says;  “The soul that sinneth, it shall die.”  Now that’s just the very beginning of that verse, but we can already see one foundational principle, in those first few words.  Let’s listen to that principle one more time;  “The soul that sinneth, it shall die!”  I put an exclamation mark there, to emphasize that fact, and that truth.

It’s simply a true fact, that the soul that commits sin, will die.  Not physically, but spiritually.  Disobedience to God’s word is sin, and sin separates us from God, and that is what spiritual death is;  The separation of the soul from God.   Now of course there’s another foundational truth that backs up that fact.  It’s stated in  Isaiah 59, verse 2.   Here it is;  “But your iniquities, (your sins)  have separated, between you and your God, and your sins have hid his face from you, that he will not hear.”

Now here’s another verse that backs up the principle that the soul that sins, shall die.  The verse is  James 1, verse 14;  “But every man is tempted, when he is drawn away of his own lust, and enticed. Then when lust hath conceived, it brings forth sin: And sin, when it is completed, it brings forth death!”

You’re enticed, and drawn AWAY from God, (there’s the beginning of the separation from God) then your lust gives birth to the actual sin, and then when the sin is completed, (you have actually committed the sin)  you die spiritually.   These foundational principles of truth, are always reinforced, with other verses of scripture.

None of these verses so far that I’ve quoted, are in need of any interpretation.  They are simply statements of foundational principles,  which we are required to know and to believe.   God says it, and so we are obligated to believe it.

But let’s get back to that foundational truth found in  Ezekiel 18, verse 20.  Let me start from the beginning of the verse again;  “The soul that sinneth, it shall die.  The son, shall NOT bear the iniquity of the father, neither shall the father, bear the iniquity of the son.  The righteousness of the righteous, shall be upon him, and the wickedness of the wicked shall be upon him.”   That is simply a foundational truth, which has governed man from day one, and will continue to govern man, until time is no more.

For anyone to have been born guilty of the sin of Adam, Adam would have had to pass along his own sin, to his son, (As if spiritual sin, can be passed on through physical genes!  Absurd!)  And then HIS son would have had to pass that sin along to HIS son, and so on down the line, until you and I came along, at which time the sin of our parents, would have had to been passed on to us.  But of course it’s perfectly obvious, that all of that is in direct contradiction to that foundational truth stated by God, in  Ezekiel 18, verse 20.

Now here’s a verse that speaks specifically about the sin of Adam.  It’s  Romans 5, verse 12.  And here’s what it says;  “Wherefore, as by one man (Adam)  sin entered  into the world, (Adam is used representatively, of Adam and Eve.  No sin was in the world, until they sinned)  and death by sin;  And so death passed upon all men, on the basis that all have sinned.”   Why was death passed along from Adam, to all men?  Because ALL have sinned!  Remember the words of  Ezekiel 18, verse 20;  “The soul that sinneth, it shall die.”   Not somebody else!

Through each individual person’s sin, is how death passed, to all other persons on earth, because they have all sinned!   They haven’t “inherited” any sin from anyone!  They sinned!  They did it!

I wish people would just believe what the bible says;  Because it’s God doing the saying.  But here’s the verses that really throw people off, and gets them confused, and they try to “interpret” the verses in a way as to make them fit their preconceived notion that sin was passed from Adam, to all people.  But the bible never even said a word about SIN being passed on.  The bible said that DEATH passed to all men, and the reason is that all men have sinned. Just like Adam sinned, so also all men sinned.

And  verse 19  is going to say the same thing, but in slightly different words;  “For as by one man’s disobedience, many were made sinners;  So by the obedience of one, shall many be made righteous.”

Now those verses aren’t quite as clear as  verse 12  is.  Verse 12  left no doubt whatsoever, about WHY death spread to all men;  It was because all men sinned.  And as we know from  Romans 6:23,  “the wages of sin is death”.   So then all men have died spiritually, because of sin, not because of Adam.

Because those verses say, that by the offense of one man, Adam, that judgment came upon all men, resulting in condemnation for all men.  And it also says that because of the disobedience, (the sin)  of one man (Adam) that many were made sinners.  But where the need for interpretation comes in, is from the fact that the bible doesn’t specify, HOW that came to be?   HOW did Adam’s offense, result in judgment coming upon all men, leading to condemnation?   HOW did Adam’s sin of disobedience, result in many being made sinners?  HOW does that happen?   Some interpretation is required here, to get the answer, of HOW does that happen.

The bible has already told us that, that’s NOT the way it works.  And the bible ahs also already told us, that ALL have sinned!   And so we go into this interpretation of those verses, we go into it equipped with some facts to guide us.

Now for me, and I hope for you too, this all seems pretty simple and straightforward.  But for the average person that you will meet, and try to teach the gospel to, this will be way over their heads for a while.  Until you get them to begin thinking logically, and reasonably, and to start to actually BELIEVE those foundational truths and principles, that God has laid out for us to know, and to use.

So how does it happen?   How does Adam’s disobedience, lead to many becoming sinners?   It’s actually so simple, that sometimes we tend to overlook the obvious.  And the simplicity is probably why so many people don’t understand it, because they’re looking for some complicated theology to explain it.  But there is no complicated theology, and so they come to the conclusion, contrary to God’s foundational principles, that everyone has simply inherited sin from Adam.  It sounds like the easy way out.  But it’s not true.  So, what is true?

Well, that’s almost exactly how it is with Adam and his disobedience.   Remember, this is just an analogy;  Every little detail, is not exactly the same. But it’s a comparison.  Adam and sin, being compared to Jesus and righteousness.

without Adam, there would be no sin in the world.  Oh sure, if it wasn’t Adam, someone else would have sinned, but the fact is, that it was Adam who started it all.  And because he “opened the door” so to speak, we all rushed in.

It’s too bad that people don’t “rush in” the door that Jesus opened, like they “rush in” following Adam.

But the moral of the story is, that it is those “foundational truths” that allow us to interpret the bible accurately, and to know and to understand the word of God, properly.   “Handling accurately” and “rightly dividing” the word of truth, as the scripture says,  in  2 Timothy 2:15;  “Study to show thyself approved unto God, a workman that needeth not to be ashamed, rightly dividing the word of truth.”   And using “foundational principles and truth”, as a way of doing it.