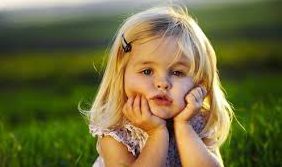 God has completely, “outdone” Himself, hasn’t He?   But there are thoughts, that are every bit as beautiful, and maybe even more beautiful, than all that God has created.  And the beauty of all these physical things, is going to end, isn’t it?  According to the bible it is.   2 Peter 3, verse 7  tells us that “..by His word, the present heavens and earth are being reserved for fire, kept for the day of judgment and destruction of ungodly men.”

I don’t know if that’s the answer.  I can’t say with 100% certainty.  But what I do know with certainty, is that before they ate from that tree, Adam and Eve were 100% innocent!  Beautiful, pure, and innocence, from the day they were created.   It’s a lot like the scripture in  Ezekiel 28:15  which says;  “You were blameless in your ways, from the day you were created, until iniquity was found in you.”  You were blameless until you sinned, by disobeying God.

Eating from that tree, took their innocence away didn’t it?   But what a beautiful situation they had, before they disobeyed.  That beautiful garden, which is sometimes compared to a “paradise”;  And two beautiful people created by God, created in pure innocence, to enjoy fellowship with God, for as long as they chose.  For eternity if they had chosen to!   But they choose to disobey, and when they did, they died, that very day!

God had told Adam, and it’s recorded for us in  Genesis 2, verse 17;  “For in the day that you eat thereof, you shall surely die!”   And both Adam and Eve, died a spiritual death, that very day.   They possessed eternal life, by virtue of their innocence, from the day they were created.  And they would have never had to die physically either, because right there in the garden, in the midst of the garden, provided by the hand of God, stood the tree of life, with no restrictions attached.  The Lord told Adam, in  verse 16;  “Of every tree in the garden (of every other tree) you may freely eat.”

Adam and Eve weren’t created, physically immortal, but they had physical immortality at their fingertips.  If that were not the case, it would have been pretty redundant, to have a tree of physical life, if you had already been created, immortal.

And that tree of life, could have kept them alive physically, forever.  But when they were expelled from the garden, they lost that opportunity.  It’s just like God said in  Genesis 3, verse 22;  “..Behold, the man has become, as one of us, knowing good and evil;  And now, lest he put forth his hand, and take also of the tree of life, and eat, and live for ever;”  Lest that were to happen, God drove OUT of the garden.   Once they had died a spiritual death, they were no longer allowed to even have the chance, to live forever, physically!

Think of all the ways in which this story applies to our lives.   The innocence, the blessings from God, our own unbelief, and our own disobedience.  Our own sin!

In our own lives, we suffer the effects, of the sin of Adam and Eve, don’t we?  Sure we do.  They had a tree of life in their midst;  But when they sinned, and when their access to the tree was denied, that access was denied to us also.  And so we live with the truth of  John 16:33,  which says;  “..In the world, you have tribulation..”  (There wouldn’t have been any tribulation in Eden)  And we also with the truth  of  Hebrews 9:27,  which says;  “It is appointed unto man once to die, and after this, the judgment.”

And there IS a tree of life, just waiting for us.  Not a physical one, but a spiritual one;  And it’s there to heal everything!  And again, it’s in the “Paradise of God”.   And Jesus assures us, in  Revelation 2, verse 7;  “..To him who overcomes, I will grant to eat, from the tree of life, which is in the midst, of the Paradise of God.”    That’s a beautiful promise!   Eternal innocence, and eternal life, in Paradise.

And here’s the beautiful word that makes all that possible;  “Forgiveness”..  What an absolutely wonderful, comforting, and beautiful thought.   “Forgiveness”..  What does it mean?  It means restored innocence, doesn’t it?  Restored innocence, and restored purity, restored life, restored happiness.  It means all of that.  That’s why, while talking about heaven, Jesus said;  “..Enter into the joy of thy Lord!”  (Mathew 25, verse 23)

It’s like the garden of Eden, only better!   Better because it’s not tem’poral, but it’s eternal.   The apostle John wrote, in  Revelation 22:1 thru 5;  “And he showed me a river.. (a torrent, that’s what the word means)  ..a torrent of water of LIFE, clear as crystal, proceeding out of the throne of God, and of the Lamb.  And in the midst of the broad way of it, (some versions say “in the middle of the street”.  But we’re talking about a torrent of water here, not a street) and on either side of the river, was the tree of life, which bare twelve manner of fruits, and yielded her fruit every month;  And the leaves of the tree (the fruit of the tree) were for the healing of the nations.”   The healing of any sin that could exist.

And there it is, a “torrent of water”, pictured in the paradise of God, watering the tree of life, that heals every imaginable ailment;  Just like that tree in the garden of Eden.  It could have healed every ailment that a human being could have ever been afflicted with.  But we’ve got an even “better” tree, waiting for us in eternity.

Now there’s just one more word that I’d like us to think about this morning;  And that word is, “Faithfulness”.  And what a beautiful word that is!   “Faithfulness”   If we want God’s forgiveness, so that we can be restored to our original innocence, then we need to be practicing a whole lot of faithfulness!  Of wonderful, and beautiful faithfulness.

Just think about GOD’S faithfulness.   What kind of thoughts does that bring to your mind?  It makes me think of being trustworthy.  If someone is faithful, then you can trust them, right?  And loyalty;  If you’re faithful, then you’re loyal.  Those are beautiful traits to have.  And those are God’s traits.

Hebrews 13, verse 5  says;  ” I will never leave you nor forsake you.”   And  Deuteronomy 7, verse 9  tells us;  “Know therefore that the LORD thy God, He is God, the faithful God, which keepeth covenant and mercy (some versions say “love” and some say “loyalty”)  He “keepeth covenant and loyalty, with them that love him and keep his commandments, to a thousand generations.”

And what about OUR faithfulness and loyalty to God?   Faithfulness is the way to eternal life.  Jesus tells us in  Revelation 2:10;  “..be thou faithful unto death, and I will give thee a crown of life.”   You can’t have life, without faithfulness.  But what a beautiful thing it is when you are faithful.   The bible says in  Romans 10, verse 15;  “..How beautiful are the feet of those proclaiming peace, of those proclaiming good news, of good things.”

That’s almost a direct quote of  Isaiah 52, verse 7,  which says;  “How beautiful upon the mountains, are the feet of him who brings good news, Who proclaims peace, Who bring glad tidings of good things, Who proclaims salvation, Who says to Zion, “Your God reigns!”

And what those two scriptures are saying, is that how beautiful it is, when YOU, share what you know about salvation in Christ, with others.  How beautiful that is!  God’s children, spreading God’s word, just like God intended.

Offering forgiveness of sins, and a return to the innocence that is so needed, so that we can eat of that tree of life, that stands in the midst, of the Paradise of God.  I think that there’s a saying, that says;  “Paradise lost, is Paradise gained.”   I don’t know if that’s the way it goes, but I do know, “that’s our goal”, to gain Paradise!