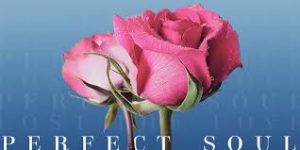 God is a Perfect Soul

Listen to  2 Corinthians 6, verse 18;  “And I will be a Father to you, and you shall be sons and daughters to Me, Says the Lord Almighty.”  God is the only perfect soul that exists, and it is His pleasure, for us to be His sons, and His daughters.

What a wonderful thought that is.  We’re far from perfect aren’t we?   But yet, God is willing to adopt us, as sons and daughters.   Ephesians 1, verse 5  says;  “He predestined us to adoption, as sons through Jesus Christ, to Himself, according to the kind intention of His will.”    “The kind intention of His will..”  And through His “pleasure”.  “My counsel shall stand, and I will do, all My pleasure.”

“Blessed be the God and Father of our Lord Jesus Christ, who hath blessed us with all spiritual blessings (with every spiritual blessing that there is)  in heavenly places in Christ.  (In other words, in the spiritual realm.  “Heavenly places” simply refers to the spiritual realm)  According as He hath chosen us, in Him, (in Christ) before the foundation of the world, that we should be holy (that we should be  like God) and without blame, before Him in love.”

“Having predestined us, unto the adoption of children, by Jesus Christ, to Himself, according to the good pleasure of his will;  (there’s that good pleasure again)  To the praise of the glory of His grace, (I think God’s “grace”, shows His kind intention)  wherein He hath made us accepted, in the beloved.”  (in other words, “accepted in Christ”)

I better stop here for a minute, and say something about that word “predestined”, and about what it means to be “predestined”.   Basically what it means, is that you have believed and obeyed God’s words)  “Predestined” of course means..  “to choose beforehand”.  But we need to  understand clearly, exactly WHO and WHAT, has been chosen beforehand.  God has not chosen YOU randomly, or chosen ME randomly, as opposed to someone else, to be one of His adopted sons or daughters through Christ.

Again..  It’s not one random individual over another, that’s been chosen to be saved, but rather, it’s ALL individuals, who will believe and obey God, through Christ.  So now let’s get back to our reading..

Ephesians 1, verse 7  and following.   Verse 6  had ended with the words, “..in the Beloved” (in Christ)   And  verse 7  begins;  “In whom, we have redemption through His blood, the forgiveness of sins, according to the riches of His grace, Wherein He hath abounded toward us, in all wisdom and prudence (prudence means..  understanding) Having made known unto us, the mystery of His will, according to his good pleasure, which He hath purposed in Himself.”

Do you see how we continually see, God’s good purpose, and God’s good pleasure being spoken of?  The pleasure and purpose of the only perfect soul, and we are at the very heart, of that purpose and that pleasure.

Now let me read another verse, that’s just about a “parallel” to what we just read.   Verse 7  ended with these words;  “Having made known unto us, the mystery of His will, according to his good pleasure, which He hath purposed in Him.”  (In Christ”)

And the parallel verse is  Ephesians 3, verse 9,  which says;   “And to make all men see, what is the fellowship of the mystery, which from the beginning of the world hath been hid in God, who created all things by Jesus Christ.”

Now I’m going to jump back to  Ephesians chapter 1, verses 10 thru 12..  “That in the dispensation, of the fullness of times, (in other words..  “In the carrying out of God’s will, at the proper time”)   ..He might gather together in one, all things in Christ, both which are in heaven, and which are on earth; even in Him (even in Christ) In whom also we have obtained an inheritance, being predestined, (Remember, if we have believed and obeyed, we are among those who have been “predestined”)  according to the purpose of Him, who works all things after the counsel of His own will, that we should be to the praise of His glory, who first trusted in Christ.”

And now, back to  Ephesians 3, and verse 10;  “To the intent that now, unto the principalities and powers in heavenly places (Heavenly places, simply means..  in the spiritual realms)  So..  “..unto the principalities and powers in the spiritual realms, might be known through the church, the manifold wisdom of God.”   There we have the eternal, intent and purpose of God.

And so here’s a combination of a couple of those verses, giving us an overview of what’s being said..

“In the carrying out of the will of God, He brought together, the things of heaven, and the things of earth, in Christ, in whom we have our “predestined inheritance”, which is according to His will, so that we can be the praise of His glory;  To the intent,  (for the purpose) that now, the manifold wisdom of God, might be made known through the church, unto the principalities and powers in the spiritual realms.”

And I need to say something about the phrase..  “principalities and powers”.  Because as we just read, God has put a responsibility upon us.  And that responsibility is..  that His “manifold wisdom” should now be made known “by the church”.  In other words, by you and I, and all Christians.  Because WE, collectively, are “the church”.  The “ekklesia”..  The called out assembly of saved souls.

And you know what the “manifold wisdom” of God is, right?  It’s the much varied, and the multifaceted, and basically, the limitless, and un-ending, wisdom of God.  That’s what the “manifold” wisdom of God is.  And it’s our job as Christians, to make this “manifold wisdom” known!   Now that’s quite the responsibility, isn’t it?  It’s quite the responsibility, because obviously, before we can make God’s wisdom known to anyone, we need to know it ourselves!  And there’s a lot to know!  Because God’s wisdom is so “manifold” in it’s very nature.

It’s so varied, and it’s so “multifaceted”..  There’s simply a lot to know;  But we’ve got to know it, if we ever hope to make it known to others!  And of course we’re never going to know ALL of God’s wisdom.  That’s impossible!  But we can know every bit of it that’s been revealed;  If we really try!   It’s no wonder we’re told in  2 Timothy 2:15;  “Give diligence (in other words..  Study!) to present thyself approved unto God, a workman that needs not to be ashamed, handling accurately the word of truth.”

We need to learn, and know, how to accurately handle the “manifold wisdom of God” so that we, as the “body of
Christ”, can make it known to others.  In the first century, when Christians were scattered from Jerusalem, they “went everywhere, preaching the word”,  Acts 8, verse 4  says.   They obviously didn’t know ALL of God’s wisdom, but what they did know, they went everywhere making sure others knew it too!  And that’s our responsibility too;  To let everyone else know, what we know, about the wisdom, and the will of God.

But let’s get back to that phrase..  “Principalities and powers”.   Most versions actually say.. “rulers and authorities”.   But that makes it sound like it’s referring to people in high positions;  Such as a king or a government, or something like that.  But I don’t believe at all, that that’s what it’s talking about.

Some commentators have said that the “rulers and authorities, in the heavenly realms”, are angels.  But once again, we as the “church” certainly have no way of making anything known to angels either.  So then, that “interpretation” shall we say, doesn’t fit at all.  And on top of that, angels don’t have any “rule” or “authority” over anyone.  Angels are simply servants of God.  As  Hebrews 1:14  says;  “Are they not all, ministering spirits, sent out to serve for the sake of those who are to inherit salvation?”   Not rulers, and not authorities, but rather, “ministering spirits”.

There is only one group of people, or “beings”, that we are able to make anything known to, and that group, is other people.  Other people,  just like ourselves.  That’s who we have the ability to make God’s wisdom known to.  Other people, and no one else.

But I’m going to wait till next week, Lord willing, to tell you what I think the proper meaning is, of those “principalities and authorities”;  Basically because we don’t have enough time for it today.

But let me leave you with these final verses and thoughts..    Ephesians 1, 13 & 14  says;  “In Him, (in Christ) you also, after listening to the message of truth, the gospel of your salvation, having also believed, you were sealed in Him, with the Holy Spirit of promise, which is the earnest of our inheritance, until the redemption of the purchased possession, unto the praise of his glory.”

At the end of  verse 12,  Paul had stated that  “we should be to the praise of His glory, who first trusted in Christ.”  The apostles were the first ones to trust in Christ;  Of course Paul himself was the last of the apostles to trust in Christ.  But they were the first ones, and now  verse 13  says that now, “you also, after listening to the message of truth, the gospel of your salvation..”  have trusted in Him.  And now we’re also the praise and glory of God.

That’s a nice though right there, isn’t it.  We, are a part of the praise and glory of God.  And so  verses 13 & 14  went on to say;  “..having also believed, you were sealed in Him, with the promise of the Holy Spirit..”  The original wording is..  “the Spirit, the promise, the holy”  But what it means, is “the promise of the Holy Spirit”..   which is the earnest of our inheritance, until the redemption of the purchased possession, (we are God’s purchased possession) unto the praise of his glory.”

We are “sealed” in Christ.  Now, it’s a common belief that to be “sealed” means that we are somehow “protected” by some invisible covering, so that we can’t sin any more, or so that we can’t ever fall away.  But that’s not what the word “sealed” means at all.  To be “sealed in Christ” means to be marked, or to be stamped, denoting ownership.  Christ now owns us, We are His possession, and we are “stamped”, with “the stamp of ownership”, the “seal of God”.

And the “stamp of ownership”, is the promise that we received, when we were baptized into Christ, for the forgiveness of our sins.  Remember what was promised in  Acts 2, verses 38 & 39?   “Peter said;  “Repent, and be baptized, by the authority of Jesus Christ, for the forgiveness of your sins, and you SHALL receive, the gift of the Holy Spirit.  For the PROMISE, is for you, and your children, and all who are far off, as many as the Lord shall call to Himself.”

And we are now “sealed” with that promise!  We now belong to Christ, and to God the Father.

The PROMISE of eternal life, is the “earnest”, it’s the “down payment”, of our eternal inheritance.  We don’t have eternal life now, while we live in THIS life, but we have the PROMISE of that eternal life, that no one can take away for us.  We can give it up if we choose, and God forbid that we should do that, but NO ONE, can take it away!

Isn’t that a wonderful passage of scripture?  Ephesians 1, verses 1 thru 14.   That’s the gospel isn’t it?  It’s just as much the gospel as the death burial and resurrection of Christ.  It’s the forgiveness of sins, and the adoption as sons and daughters, and the promise of the inheritance of eternal life in Christ.