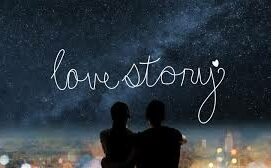 Do you enjoy receiving gifts?  Most people do, don’t they?   I suppose receiving a gift just tends to make you feel good.  Isn’t it kind of nice to know that someone thought about you, and it made them want to do something nice for you?

God is the greatest giver that there is, right?  And I’d like to suggest to you, that ALL of God’s gifts, are because of His great love.   1 John 4:8  tells us that God IS love.  He is the epitome of love.  But just take a moment here and think about all the many, many gifts that God gives us because of His love.   God gives us lots and lots of gifts, doesn’t He?   He gives us an abundance of physical gifts, and as the song goes, “count your many blessings, name them one by one.”   And I’m sure that you’ll be very pleasantly surprised, at what God has done.

But most importantly, God gives us His great spiritual gifts.  Spiritual gifts, that without which, we would be lost in sin eternally.  And what was the greatest thing that God’s love motivated Him to do for us?   John 15, verse 13  tells us;  “Greater love has no one than this, that he lay down his life for his friends.”   And so the greatest gift of all, was the sacrifice of Jesus Christ.  “For the wages of sin is death, but the free gift of God, is eternal life in Christ Jesus our Lord.”  (Romans 6, verse 23)    “Thanks be to God for his inexpressible gift!“   (2 Corinthians 9, verse 15)

But I want to read a verse that actually speaks of the idea that it’s the thought that counts most.  And it’s a verse that we’re all familiar with;  It’s  James 1, verse 17.   And I’m actually going to read this verse, from two different versions.   First I’ll read it from the KJV, because this is the way we’re used to hearing it quoted.  But then I’m going to read it from a bible version called “Young’s Literal Translation”.   And I want to read this version, because it sheds a little different light on what’s being said.  And what this “literal” version illustrates, is the fact that when it comes to giving, it is indeed the thought that counts.

Listen to the more literal wording of the verse, from “Young’s Literal Translation”.  “Every good giving, and every perfect gift, is from above, coming down from the Father of the lights, with whom is no variation, or shadow of turning.”   Notice how instead of saying every good “gift”, this translation says, every good “giving”.   What do you think is the difference between a gift, and a giving?   They’re pretty similar, but in our effort to truly appreciate God’s goodness toward us, there’s a difference well worth mentioning.

The word “giving” is a noun, just like the word “gift is a noun.  But a “giving” focuses on more than just the actual gift.  It goes deeper than that.  It focuses on the thought and the intent, behind the gift.  Listen to this little explanation of what a “giving” is, in this verse..  A “giving”, emphasizes the intent (the aim), that motivates the giving, and the chain-reaction, of giving-and-responding.”

It’s the thought and intention behind the gift, that is specifically being emphasized here.  And what is the “thought” behind the gifts that God so abundantly gives us?   Well, I’m sure that God’s thought is this..  This is how much I love you, and this is how much I’m showing you that I love you.  God’s love for us is what motivates His giving.  “Greater love has no one than this, that he lay down his life for his friends.”   (John 15, verse 13)

But even in all the “little” gifts that God gives us, all the little things that we can think of, when we count our blessings, they all begin, and  emanate, from the love that God has for us.  But there’s something more to God’s intent, that motivates His giving.  And that something else is our response.  The thoughts and intent behind God’s “giving” includes His desire for our response to what He’s given us.  And what exactly is the response that God desires from each and every one of us?  It’s our faith and obedience;  That’s the response that God desires, that’s what His love desires.  God’s love. desires for us to be saved, through faith and obedience to His word.

A Story of the Gift of Love

I’d like to read you a story now, and it’s called.. “A Story of the Gift of Love;  The Gift Beyond Imagination”.  And as I read this little story, see if you can draw an analogy, between the words of the story, and the love of God, and the gift of God, namely..  Jesus Christ.

This is a story about a little eight year old girl named Mary Emm, and her grandmother who just passed away, whom she simply called “Gram”.  And so here’s how the story goes..

The gift was simple…the gift was small… But the promise it held was larger than life!  What made it so special, was that it was a gift from Mary Emm’s grandmother.  Gram had wrapped it in a beautiful scrap of red silk scarf.   Mary Emm rushed to open it, but when the tiny gift fell out, she just looked at it.  It was just a seed, a tiny black seed.  Why did Gram leave her a seed before she died?

Mary Emm was eight, and her Gram had said she would be leaving soon on a trip to Heaven.  Gram assured her that before she left, she would leave her a special gift…a gift beyond imagination.  The little girl clung to the promise of the gift as she saw her grandmother begin to fade away.  The cancer had made her so thin and frail, but Gram still smiled and said Jesus would be traveling with her on this trip.

Even now, two weeks after Gram had left on her “new journey”, as she had called it, Mary Emm clung to the promise.  But a seed…? What had Gram been thinking?  Tears of disappointment began to drip down Mary Emm’s face.  She had hoped for more.  But what was there left to do now, except to plant the tiny seed.

An old clay pot was found behind the shed, and filled with chilled spring dirt.  She placed the seed deep into the soil as she thought of Gram. Two long months had passed and oh, how she still missed her!  New tears of sadness and grief slid down her cheeks gently watering the seed’s new resting place.

As the days and weeks passed, Mary Emm cared for the seed.  She placed the pot in a sunny spot, watered it, and waited.  As she waited, she remembered…Gram’s smile, the fun they had baking cookies together, the way Gram pushed her high into the air on the swing until squeals of delight escaped her lips.  As she remembered, she didn’t feel as sad anymore.   (Has Jesus ever been able to take your sadness away?)

Finally about a week into summer, the tiny plant poked its head above the soil and drank in the rays of sunlight.  Every day it grew taller and stronger as Mary Emm cared for it.  The small plant quickly grew and soon bloomed into a beautiful red poppy – just like the ones Gram had grown in her garden!

Mary Emm loved to wake up to the little flower every morning.  It was like hearing Gram say; “I love you” each and every day.  But then one morning, the poppy began to droop and hang its head.  Mary Emm watered it more, and moved it to a sunnier spot.  In spite of all her efforts though, the little poppy shriveled and died.  Mary Emm couldn’t bear to throw it away.  She just left it there on her window sill.  Now it brought sad thoughts – thoughts of Gram’s sickness and death.  (There was a time when the death of Jesus brought sadness, to those around Him.  And I suppose that we too can feel sadness when we think of how Jesus died for us)

Many weeks later, the air began to chill and the leaves began to tumble off the trees.  Winter was on its way.  Mary Emm decided it was time to throw out the remains of the little poppy.  As she did though, tiny black specks began to fall.  They were seeds!

That is when Mary Emm remembered what Gram had said; “Winter may come, but that just means Spring is on its way.”  With this thought, Mary Emm began to smile.  She now understood that Gram’s spring had come in Heaven!  She also realized the preciousness of Gram’s gift.  It was truly a gift of love.

And here’s wat the author says about her little story;  The real gift was a lesson about life, and a lesson about Christ.  Wrapped in ‘the red scarf’ of His love, the seed of our life continues to live even after death, and we leave even more seeds behind, planted in the hearts of others.  Truly Jesus is, “The Gift of Love;  The gift beyond imagination.”

God Has Given us Everything

And it’s all, 100%, right here at our fingertips, in the bible, and nowhere else.  The written word of God, is the one and only source of the knowledge of the gospel;  And the gospel, is.. “the power of God unto salvation, to all who believe..”  (Romans 1:1 6)