How Long is a Day?

Were the days of creation, 24 hour days?  Or were they much, much longer?  I suppose that question will be argued till the end of time.  The real question should be..  Why would it even matter?   What possible difference could it make to your salvation, or to my salvation, how long God took to create the world?

Could God have created everything there is, in literal 24 hour days?  Of course He could.  If you believe in God and in the bible, then how could you have a problem with a day of creation, being 24 hours?

If you believe that  “God said, Let there be light, and there was light” (Gen 1:3);  Just like that;  Then how could you possibly try to impose a time requirement on God’s power?

Some scientists believe that the earth is 4.5 billion years old.  Could that be true?  Sure it could.  Other people have estimated, that according to the bible, the creation of the earth occurred about 6,000 years ago.  Could that also be true?  Sure it could.  Could a God, who is capable of creating all the physical things that exist, a God who “speaks” things into existence;  Could that God, have created an earth that was 4.5 billion years old, on the day it was created?   Of course He could;   Why couldn’t He?

How Old was Adam?

I asked a friend of mine, this question;  Of all the men named in the bible, who was the oldest, when he died?  Well, of course he said;  Methuselah.

In  Genesis 5:27,  it says..  “So all the days of Methuselah were nine hundred and sixty nine years, and he died”.  That’s older than any other man mentioned.

So I said;  Are you sure Methuselah was the oldest?  And he said;  Sure I’m sure.

But in reality, we don’t know that for sure.  Here’s why..

Genesis 5:5  says,  “So all the days that Adam lived, were nine hundred and thirty years, and he died.” 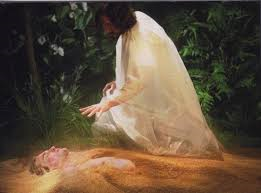 How old WAS Adam when God created him?  You don’t know, do you?  No one knows, except for God, and He ain’t tellin’.   But again, things aren’t always the way they seem.

How long does it take?

So, 6,000 years ago, could God have created a 4.5 billion year old earth?  Of course He could have.  Could he have done it in one day?  He probably could have done it in the blink of an eye, if He had wanted.  God “speaks” things into existence!   “For He spoke, and it was done!”

If you or I remain alive until the resurrection day, do you know how long it will take for our physical bodies, to be changed into spiritual bodies?  I know how long..

“In a moment, in the twinkling of an eye, at the last trumpet; For the trumpet will sound, and the dead will be raised, imperishable (they won’t be raised with a physical, perishable body; They’ll be raised IM-perishable) and WE (who remain) shall be changed!”   1 Corinthians 15:51 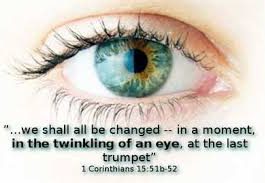 Could God have created the earth, in the twinkling of an eye..  and called it a day;  Sure he could have.  But I don’t care how long it took,   Why would anyone really care?

We need to care about “pure religion, and undefiled before God”,   Like we’re told about in  James 1:27.

I was reading an article that someone wrote, about the length of the days of creation.  And he used the third day as an example, and he said;  This day HAD to be longer than 24 hours.  He said that based on man’s wisdom.   Listen to  Genesis 1:11-13..

“Then God said;  Let the earth sprout vegetation, plants yielding seed, fruit trees bearing fruit after their kind, with seed in them on the earth; and it was so”.   So again, “God spoke it”, and it was so!  All God has to do, is say the word! 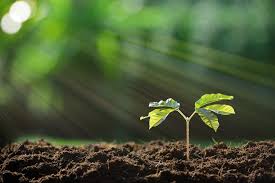 Now here’s the point that the writer was making;  The scripture says that God allowed the EARTH, to sprout forth vegetation.  God didn’t create the vegetation “full grown”, like He created Adam full grown.

So if the earth sprouted the vegetation, then this would obviously take longer than one 24 hour day.  How long does it take for a seed to geminate and sprout forth?  A few days, a week, a month?  It all depends on what kind of seed is planted, right?  So the point being made was that if the earth was allowed to “sprout forth vegetation”, then it would by necessity, take longer than a day.

But again, this is an example of “the wisdom of men”, trying to dictate what God can and can’t do.  You see, we study things, and we learn how things work, in nature and in the universe, and we conclude, that the bible must be wrong, because we know better.  But I don’t like to put “limitations” on God.  Do you?

Let’s say that it takes one week, or a month, for the earth to sprout forth some kind of vegetation.  Can God speed up that process, if he wants to, so that it only takes one day?  Sure He could.  Could he speed it up so that it only takes one hour?  Of course.  How about a twinkling of an eye?  Can God cause the earth to sprout vegetation in the twinkling of an eye?  Of course He could.  We just simply get too smart for our own britches, don’t we?  And when that happens, we begin doubting God, and doubting His word.

Let’s make an observation here.  Suppose that someone wanted to argue that the first three days of creation took much longer than regular 24 hour days.  Suppose they claimed that the first day for instance, took 4.5 billion years, because that’s how old the earth is.  Or maybe the first day took two billion years and the second day took 2 1/2 billion years.  And maybe the third day took a month, so that the earth had time to sprout all the various types of vegetation.  Let’s say that we don’t even argue that, because really, that’s not the point anyhow, because we know that God could have done it all, in the twinkling of an eye.

But suppose we accommodate someone else’s thoughts about that for a minute here.  But now let’s take a look at the fourth day of creation.. 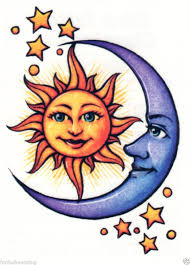 God said it, and it was so!”  How long did that take?  Did it take Him a full 24 hours?  Or did He do it in the twinkling of an eye?  It makes no difference to me how long it took.

BUT, after God had put all the lights in the sky; the sun and the stars, which give light; and the moon and the planets, which reflect light;  After God established all these things in the heavens, and declared that they should be “for signs, and for seasons, and for days and for years”; How long would a day have been after that?  It would’ve been 24 hours, wouldn’t it?   And how long would a year have been?  It would have been 365 1/4 days wouldn’t it?   8,766 hours.  That’s how precise, all these things in the heavens work.  And they’re all going to continue to work, PRECISELY as God has said, aren’t they?

Once God had set these things in order, a day couldn’t be any longer then 24 hours could it?

But it seems there WAS a longer day, in the life of Joshua, when he led Israel in their battles in the land of Canaan.  Listen to  Joshua 10:12-14..

“Then Joshua spoke to the Lord, in the day when the Lord delivered up the Amorites before the sons of Israel, and he said in the sight of Israel;  O sun, stand still at Gibeon, and O moon, in the valley of Aijon.  So the sun stood still, and the moon stopped, until the nation avenged themselves of their enemies.”

“Is it not written in the book of Yashar?..  “And the sun stopped in the middle of the sky, and did not hasten to go down for about a whole day.  And there was no day like that before it, or after it, when the Lord listened to the voice of a man; for the Lord fought for Israel.”

Just when you think you’ve got God “boxed in”, He makes a day last almost two days.  You just can’t put any limitation on God!

The Book of Yashar

In the verse I just read, there was a reference made, to the book of Yashar;  your bible probably says Jashar, with a J.

Yashar means..  “upright, or uprightness, or one who is upright”.  So it’s the book of the upright one.  It’s mentioned once again in  2 Samuel 1:18.   It says there,  “And he told them to teach the sons of Judah, the song of the bow; behold it is written in the book of Yashar.”

Evidently there was a well-known writing in Israel, called the book of Yashar; the book of the upright one, or possibly “the book of uprightness”.  That’s an interesting study in itself.  But it just goes to show that we think we know a lot about the bible, but there’s still things that we’ll probably never know.

But wouldn’t it be interesting if some archeological discovery someday, found the book of Yashar?

Let’s get back to creation though, and the length of days..

It all depends on what God says;  God said, and it was so!  It depends on His Word.

2 Peter 3:7  says..  “But the present heavens and earth, by His word, are being reserved for fire, KEPT for the day of judgment, and the destruction of ungodly men.”

God created the heavens and the earth “by His Word”.  “God said it”, and it was so!  And  2 Peter  says that “by His word” those same heavens and earth that He created, are being “kept” and “reserved”.

What’s the purpose of God’s word?  It’s purpose is to save us.

“For as the rain and the snow come down from heaven, and do not return there without watering the earth, and without making it bear and sprout.  And furnishing seed to the sower, and bread to the eater..”

“So shall My Word be, which goes forth from My mouth.  It shall not return to Me empty, without accomplishing what I desire, and without succeeding in the matter for which I sent it.” 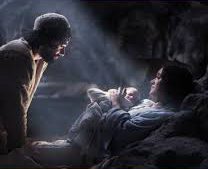 God’s Word became flesh  (John 1:14),  and His Word accomplished His purpose.  Jesus Christ accomplished the purpose that he was sent here for.  And now the word has been written down for us, and it too, will accomplish it’s purpose.  But if you want it to accomplish it’s purpose in YOUR life, then you need to ALLOW it into your spirit, and you’ve got to allow it to change your spirit, into conformity with God’s Spirit.  Conformity to God’s Word.

And if you’re going to conform to God’s word, Then you must..

And if you’ve sinned again after becoming a Christian, as we all do, then you must get back into the light, confess your sin, repent of your sin, and ask God for forgiveness, and He will be faithful and righteous to forgive your sins.  1 John 1:7-9

Your comments or questions are always welcome.  Please comment in the space provided below.