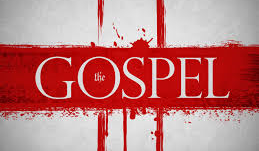 The Gospel, the basics of Salvation

“And that He appeared to Cephas (that’s Peter) then to the twelve.”

“After that He appeared to more than five hundred brethren at one time, most of whom remain until now, but some have fallen asleep.”

“Then He appeared to James, then to all the apostles, and last of all, as it were to one untimely born, He appeared to me also.”   1 Corinthians 15:1-8

We read in  Romans 5:1-2..  “Therefore, having been justified by faith, (by a working faith) we have peace with God through our Lord Jesus Christ, through whom also we have obtained our introduction by faith, into this grace in which we stand; and we exult in hope of the glory of God.”

When he wrote to the Romans, in  Rom 5:1-2,  he said..  “..we have peace with God, through our Lord Jesus Christ, through whom also we have our introduction by faith, into this grace in which we stand.”

“Standing in the gospel”, and “standing in grace”, are figurative expressions, meaning that you are in a saved condition.

But that’s exactly what Paul said that we have to do.  He said, when you receive the gospel, then you stand in it, and then you’re saved by it, IF you hold fast to it.   Otherwise, you’re initial believing, will be in vain.

Can we fall from salvation, from the grace of God?  Of course we can.  That’s part of the very basics of the gospel, that’s been preached to us in the bible.   You’re belief can be vain!  It takes MORE than belief, doesn’t it?

But that gospel, can make us stand!

For those of you who are here today, but are not yet Christians, that is the very beginning of your faith,  it’s the beginning, of your “standing” in grace.

What was the very first thing mentioned by the apostle Paul, when he made known, the gospel?  The first thing he says is that Jesus “died for our sins”.  When it comes to salvation, we start off dead, don’t we?  We’re dead IN our sins.  That’s exactly why Jesus had to die;  to pay the price for our sins, because we have no way to pay it, ourselves.   The price demanded by God, to forgive someone of their sins, is the blood of a sinless sacrifice; and that’s Jesus.

1 Peter 1:18  says..  “Knowing that you were not redeemed with perishable things, like silver and gold, from your futile way of life, inherited from your forefathers, but with precious blood, as of a lamb without spot or blemish, the blood of Christ.”

The second thing that the gospel tells us about Christ, is that “He was buried”.  And we need to be buried too, but there’s something else that has to happen to us first.

Jesus died, and was buried, and was resurrected.  And the bible says He’ll come again.  But the next time, it won’t be in regard to sin.  Hebrews 9:28  tells us,  “So Christ also, having been offered once, to bear the sins of many, shall appear a second time for salvation, without regard to sin, to those who eagerly await Him.”

When Jesus comes the second time, it won’t be to save anyone from sin.  When He comes the second time, He’ll be saying..  “Time’s Up!”  Our opportunity to be saved from sin, will have ended.  Sin won’t have anything to do with Christ’s second coming.  But rather, He..  “shall appear a second time, for salvation!”  It will be in REGARD to salvation.  Christ will be GIVING the reward of eternal salvation that He has promised, to the faithful.

Jesus says in  Rev 22:12,  “Behold, I am coming quickly (or suddenly) and My reward is with Me, to render to every man according to what he has done.”

Rom 6:12-13  tell us clearly,  “Therefore, do not let sin reign in your mortal body, that you should obey it’s lusts.  And do not go on presenting the members of your body to sin, as instruments of unrighteousness.  But present yourselves to God, as those alive from the dead, and your members as instruments of righteousness to God.”

Walk in Newness of Life

When we’re told to stop presenting our members as instruments of unrighteousness, and to start being led by the Spirit;  We’re being told to repent!   “Do not let sin reign in your mortal body..    But present yourselves to God, as those alive from the dead, and your members as instruments of righteousness TO God.”   That’s repenting.  When we die to sin, and present our whole being to God, that’s repenting.  When we do that, we’re presenting our soul to God!   Our whole being, our very life, presented TO God.

And do you remember what Isaiah said..  “Here am I, send me!”

The gospel is all about salvation.  The death of Christ, and His burial, and His resurrection, are all for the one purpose, of our salvation.  And that’s exactly why we need to be buried with Him, in baptism.  It’s for our salvation.  It’s for the forgiveness of our sins.  Paul was told in Acts 22:16..  “And now, why do you delay, arise and be baptized and wash away your sins..”

You can’t stand, until your sins are washed away and completely forgiven.

We KNOW that if we join Christ, and are united with Him, in his death to sin, then it’s a FACT, that certainly, we shall be also joined with Him in His resurrection.  Spiritual resurrection, from spiritual death.  Dead to sin, but alive to God.

“Knowing this, that our old self was crucified with Him, that our body of sin might be done away with!  That we should no longer be slaves to sin.  For he who has died, is freed from sin.”

In  1 Cor 15:5-8,  Paul gave the evidence, of Christ’s resurrection from death.  He wrote,  “..He appeared to Cephas, and then to the twelve.  After that He appeared to more than five hundred brethren at one time, most of whom remain until now, but some have fallen asleep.  Then he appeared to James, then to all the apostles, and last of all, as it were to one untimely born, he appeared to me also.”

Lots of people, claim to be a Christian.  But not that many, “show it”.   When the chips are down, when we’re faced with decisions, and have to respond to life’s trials, that’s when we’ll be known by our fruits.

Hear the gospel, and receive the gospel.  Turn to God, repent of sins.  Confess openly that Jesus is the Christ, the Son of the living God.  Be buried with Him in baptism, and wash away your sins, and let God stand you up.   Show yourself, to be in the likeness of His resurrection.  “You shall know them by their fruits.”

May God bless you in the study of His word.  And may we show our fruits.

Questions and comments are always welcomed and appreciated.  Please leave your comments in the space provided below.