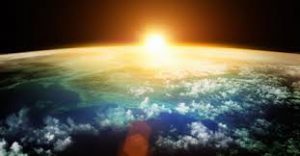 “Then God blessed the seventh day, and sanctified it, because in it, He rested from all his work which God had created and made.”  Gen 2:3

But that command, along with all the other commandments, that God gave to Moses on Mount Sinai, and in the wilderness, to give to the sons of Israel, were for the nation of Israel, ONLY!

God speaks about a new covenant that He will make with His people, and how it will be different from the old covenant, that he gave through Moses.  Listen to  Jeremiah 31:31-32..

“Behold days are coming, declares the Lord;  When I will make a new covenant with the house of Israel, and with the house of Judah.  (Christians today are “spiritual Israel” and “spiritual Judah”, and so the new covenant applies to all people, after Christ died, urging them all to become Christians)  Not like the covenant which I made with their fathers in the day that I took them by the hand to bring them out of the land of Egypt.  My covenant which they broke, although I was a husband to them; declares the Lord.”

There is only one nation that God “took by the hand to bring them out of the land of Egypt”; and that nation was Israel.  Israel is the only nation that the old covenant was given to.  It never applied to any other nation of people, anywhere on earth.  And likewise, the command to “remember the Sabbath day, to keep it holy”, never applied to any other people, except for the people of the nation of Israel.

So why then, does the scripture say in  Genesis 2:3,  “Then God blessed the seventh day, and sanctified it, because in it, He rested from all His work which God had created and made.”

And since that bothered me, I studied it quite a bit, to find out why no one else was ever told to remember the day that God had blessed and sanctified.

The Fact Of The Matter

Here’s the fact of the matter.  God wasn’t talking about the day that man calls Saturday, when He blessed HIS seventh day.  God did not ordain the names of the week that we know today.  Man was created on God’s sixth day.  Therefore, when God entered His rest on His seventh day, man was only entering his second day!

God blessed a day, even from creation, but that day wasn’t Saturday.

“Thus the heavens and the earth were completed, and all their hosts.”

“Then God blessed the seventh day, and sanctified it, because in it, He rested from all His work, which God created and made.”

God sanctified the seventh day unto Himself, not unto man.

How long was God’s seventh day, the day in which God rested?   Was it 24 hours, and then he went right back to work?   No, God’s work was done, wasn’t it?  Creation was finished.  You never read about an eighth day, do you?  That’s because there IS no eighth day.  There are only seven days for God.  God worked for six days, creating all of creation, and then He rested.  God rested on His seventh day, it was His “Sabbath rest”.   Do you know what “Sabbath” means?  It means..  “rest, intermission, interruption, cessation, and.. to sit still”.  And on God’s seventh day,  He entered, and began, His rest.  He began His rest, from the work of creation.

How long was this day?  How long, was God’s rest?

You can’t attach time, to God’s seventh day rest, because God’s seventh day, is still going on, and it will continue to go on eternally.  God’s seventh day is “His eternal rest”, and His rest is blessed and sanctified.  To be sanctified means to be purified, and to be set apart.  There is indeed and very pure place of rest, which is “set apart” from all else, that God has set aside for His children.

Listen closely to  Hebrews 4, verses 9-10..  “There remains therefore, a Sabbath rest for the people of God.  For the one who has entered his rest, has himself also rested from his works, as God did from His.”

So, in other words;  The one who enters his Sabbath rest, has himself, rested from his OWN works, just as God rested from HIS own works.

When did God rest from His own works?  On the seventh day.  Exodus 20:11  says,  “For in six days, the Lord made the heavens and the earth, the sea and all that is in them, and rested on the seventh day, therefore the Lord blessed the Sabbath day and made it holy.”    God blessed HIS day of rest, and He set it apart. 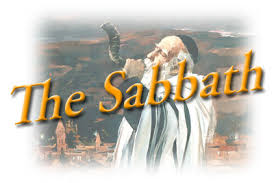 When God gave His laws to the nation of Israel, He created for them, a “Sabbath”, a “day of rest”,  just like God Himself had “a day of rest”.   So then God was LIKENING Israel’s seventh day, to His OWN seventh day.  But God didn’t make man’s seventh day “holy”, from the beginning of time.  He only made it “holy” when He called out His people, Israel, out from the world.  “Come out from among them, and be ye separate, says the Lord.”   Isaiah 52:11  and  2 Cor 6:17

And God has called us out today, to be  “spiritual Israel”, (that’s you and I, IF we’re obedient to His laws) And for those people, God has also set aside a Sabbath rest.

That’s what  Hebrews 4:9  says,   “There remains a Sabbath rest for the people of God.”   And that Sabbath rest, is the very SAME rest, that God has already entered into, back on HIS seventh day, when He entered HIS Sabbath rest.

And God’s “seventh day”, is designed to be the Christian’s  “Sabbath day”.

“There remains a Sabbath rest for the people of God.  For the one who has entered his rest (his sabbath rest), has himself also rested from his works, just as God did from His.  (you work during your physical life, so that you can rest, in your spiritual life)

“Let us therefore be diligent, to enter that rest, lest anyone fall, through the same example of disobedience.”  (that’s the disobedience of Israel, who failed to enter their rest)

“For the Word of God is living, and active, and sharper than any two-edged sword, and piercing as far as the division of soul and spirit..”   Heb 4:12.

Do you know, that the Word of God can separate your life from your spirit.

Do you know, that your soul is your very life!  The Greek word for “soul”, is translated “souls, or souls”, 47 times;  And it’s translated “life, or lives”, 43 times.  Your soul is your life!  And if you’re not obedient to the WORD that Jesus spoke, the Word that’s written in the bible, then that very Word, will separate your life from your spirit, at the judgment, and your spirit will spend eternity, separated from God.  You will lose your soul.  Your spirit will still exist, but it won’t have any life in it.  That’s spiritual death!  The eternal separation, of your spirit, from God.

Don’t let the Word, separate your spirit from it’s life.  Instead, let the Word, GIVE life to your spirit.  John 6:63  says,  “It is the Spirit that gives life.  The Words that I have spoken to you, ARE spirit, and are life!”

My God bless you in the study of His word, and may you be blessed with eternal rest for your soul.

Please leave any questions or comments in the space provide below.