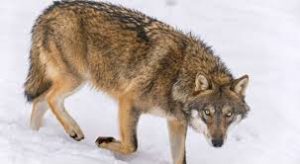 The bible speaks of the “TRUE knowledge of Him who called us by His own glory and excellence.”   2 Peter 1, verse 3.

And it warns us about false knowledge, in  2 Peter 2, verses 1 thru 3.   Here’s what it says;  “But false prophets also arose among the people, (the reference there is to the people of Israel) just as there will also be false teachers among you.”  (“among you” means, in the church)

The purpose of the prophets, was to teach the truth, of God’s word to the people.  So Peter says;  Just like there were false prophets back then, there are also false teachers now..

“..Who will secretly introduce destructive heresies, even denying the Master who bought them, bringing swift destruction upon themselves.

It’s actually a little hard to believe, but there are many, so-called “Christian” denominations, that “deny the Master who bought them.”

Here’s a disturbing statement by one of the leaders of the LDS church.  It says;  “We do not believe that the bible is the complete and inerrant word of God.”   They believe the bible, is in error!

Did you know that the Jehovah’s Witnesses teach that Jesus is NOT God, but that He was the first thing created by God?  They teach that Christ is higher than the angels, but inferior to God.

“False prophets, who even deny the Master who bought them.”

You’ve heard of “Scientology” haven’t you?  It’s also called “Dianetics”.  Scientology teaches that Jesus is NOT God, is NOT the creator, is NOT the Savior, and that he does NOT control any miraculous powers.

There’s a group called the “Unity School of Christianity”  that teaches that Jesus was simply a man, and not the Christ.  And that he was NOT resurrected, but rather, was reincarnated.

There was a South Korean, named Sun Myung Moon, who started the “Unification Church”.  He taught that Jesus was just a man, and did not experience a physical resurrection, and that His mission on earth failed!   Mr. Moon taught that he himself would fulfill that mission of peace on earth, and that HE is greater than Jesus.

There’s a group called the “Christadelphians”, and they believe and teach, that Jesus was fully human, and separate from God.

And this is just a sampling, of denominations that deny, that Christ is God.

Chapter 4, verse 3  says;  “And every spirit that does not confess Jesus, is not from God.  And this IS the anti-Christ, of which you have heard, that it is coming, and now is already in the world.”

2 John, verse 7  says;  “For many deceivers have gone out into the world;  Those who do not acknowledge Jesus Christ as coming in the flesh.  This IS the deceiver, and the anti-Christ.”

“And many will follow their immoral ways, and because of them, the way of the truth will be evil spoken of.”  So because of false teaching, which most people prefer, the actual truth will be spoken of as evil.

“And in their greed, they will exploit you with false words.  Their judgment from long ago is not idle, and their destruction is not asleep.”

We’re told in  1 Thessalonians 5, verse 21;  “Prove all things, hold fast to that which is good.”   Do you do that?  Do you take the time to “prove” everything you hear about religion?  Or do you simply take someone’s word for it, when they talk about the bible?   In  Acts 17, verse 11;  the bible commended people, who “searched the scriptures daily, to see if those things were so.”

Now, just for the sake of example;  Don’t go through life believing you’ve got to be baptized to be saved, just because I said so, or because someone else says so.  Believe it because the bible says so!   And believe it, because you know where to GO in the bible, to find that teaching.

Don’t go through life thinking that just because you’re a Christian, that you’re safe and can’t be lost.  You better know what the bible says about it.  And don’t believe ANYTHING, that ANYONE says about salvation, unless they give you book, chapter, and verse to prove it!

Now, listen closely..  Don’t believe, that “..God causes all things to work together for good, to those who love the Lord, who are the called according to His purpose”,  just because I said so.   But what if I were to quote that verse, and then say;  Romans 3:23..  Should you believe it because I gave you a book, chapter and verse?   How many of you are aware, that I just gave you the wrong chapter and verse for that passage I just read?    I did that to make a point.

And here’s my point;  Even if someone DOES give you book, chapter, and verse;  Go check it out for yourself, and see if that verse actually proves what the person has just said.   I see it happen ALL the time;  that a person makes a statement, and gives you a verse of scripture to proof his point, and then when you go to that verse, it doesn’t have anything to do with what they’ve just said.

I’ll give you an example.  Some of you might recognize this example.  A man said;  “A Christian is a person who has fully trusted in Jesus Christ as the only Savior, and THEREFORE, possesses the Holy Spirit.”   And then he cites three verses of scripture;  John 3:16, Acts 16:31, and Ephesians 2:8-9

I’m going to read all three verses, and you tell me if you hear anything said about possessing the Holy Spirit.  Here we go..

“For God so loved the world, that He gave His only begotten Son, that whoever believes in Him, should not perish, but have everlasting life.”   Did you hear the Holy Spirit mentioned there?

Here’s the next one..  “And they said;  Believe in the Lord Jesus Christ, and you shall be saved, you and your household.”   Nothing there about the Spirit.

And here’s the last one..  “For by grace you have been saved through faith, and that not of yourselves, it is a gift of God.  Not as a result of works, that no one should boast.”

Did you hear anything said about the Holy Spirit in any of those verses?  I didn’t!   The point is;  If we’re going to be teaching anything, we better be teaching what the bible SAYS, and not just what we think it says.

After all, we are told in  2 Peter 2, verses 20 thru 22;  “For if after they have escaped the defilements of the world, by the knowledge of the Lord and Savior Jesus Christ, (escaping the defilements of the world, is being saved)  they are again entangled in them, and are OVERCOME, the last state has become worse than the first!  For it would be better for them not to have known the way of righteousness, than having known it, to turn away from the holy commandment delivered to them.”

“It has happened to them according to the true proverb;  A dog returns to its own vomit, and a sow after washing, returns to wallowing in the mire.”

So then sin, is being compared to a dog’s own vomit, and to the mud and the mire that a pig wallows in.  And it’s saying that after being washed of that sin, if we again return to it, and are overcome by it, then our last state will be worse than our first sate.  Our FIRST state was to be lost in sin, and now our last state is WORSE than that!  That “last state” sounds pretty bad!  That “last state” certainly can’t be the state of being saved!

Here’s the fact of the matter though;  If you’re not willing to study, then I guess you’re not willing to be a Christian.   2 Timothy 2, verse 15  tells us to  “STUDY, (some versions say, “Be diligent”)   “Study, to show thyself approved unto God, a workman who needs not to be ashamed, correctly discerning the word of truth.”

If you want to be able to discern between false teaching, and true teaching, then you need to be willing to study.

The King James version has this one, right on the button.  It says;  “For the gifts and calling of God, are without REPENTANCE.”    “Without repentance means..  God will NEVER change His mind, about the gifts He has promised, and about His call to salvation.   God has made the offer of salvation, He has supplied the sacrifice for sins, and He has set forth the conditions of acceptance of His offer.   And all of that is “without repentance”.  In other words, He will never change His mind about it.

God’s salvation has always been conditional.  In the old testament, God gives us some eternal truths.  Here’s one of them, from  Ezekiel 18, verse 24;   “But when a righteous man turns from his righteousness, commits iniquity, and does according to all the abominations that a wicked man does, will he live?  All his righteous deeds which he has done, will NOT be remembered for the treachery which he has committed, and his sin which he has committed;  For them, he will die!”

The apostle Peter lists seven qualities, in  2 Peter 1, verses 5 thru 7,  that we must add to our faith, in order to remain saved.  Think about that a moment.  To REMAIN saved, you must add these qualities, to your faith.  And those qualities are;  “moral virtue, knowledge, self-control, perseverance, godliness, brotherly kindness, and love.”

Now if you don’t think, that these are requirements, to remain saved, just listen to  verses 8 thru 11..

“For IF, these qualities are yours, and are INCREASING, they render you neither useless, nor unfruitful, in the true knowledge of our Lord Jesus Christ.”   What’s the obvious implication there?  The implication is that if these qualities are NOT yours, then you WILL be rendered useless and unfruitful.  What did Jesus say about the branch that bears no fruit?   He says in  John 15, verse 2;  “Every branch that does NOT bear fruit, He takes away.”   And verse 6  says;  “If anyone does not abide in me, he is thrown away as a branch, and dries up, and they gather them, and cast them into the fire, and they are burned.”

Now back to  2 Peter..  “For, he who lacks these qualities, is blind, or short-sighted, having forgotten his purification from his former sins.”

“Therefore brethren, be all the more diligent, to make CERTAIN, about His calling and choosing you;  For as long as you practice these things, you will, never stumble.”

“For in THIS WAY, the entrance into the eternal kingdom of our Lord and Savior Jesus Christ, will be abundantly supplied to you.”

Do you see the conditional nature of our salvation?   “IF these qualities are yours..”   “Be all the more DILIGENT, to make CERTAIN about His calling and choosing you..”    “For in THIS way, the entrance into the eternal kingdom..  will be abundantly supplied to you.”

That verse that we considered, from  Romans 11:29,  really only serves to CONFRIM, everything that God has ever said about salvation.  Remember what that verse says?  “For the gifts, and the calling of God, are without REPENTANCE!”  God will NEVER change his mind, about the nature of His salvation, and about the laws governing our acceptance of His offer!

And Jesus said, in  Mark 16:16;  “He who believes AND is baptized, shall be saved, but he who disbelieves, shall be condemned.”   And that will never change either.

And one more thing that will never change;  “To him who overcomes, I will grant to eat of the tree of life, which is in the paradise of God.”   Revelation 2, verse 7.

“Be faithful unto death, and I will give you the crown of life.”   Verse 10

Don’t ever let a false teacher tell you that there’s another way to be saved, because there isn’t!   God has declared the way, and He’s stickin’ to it!