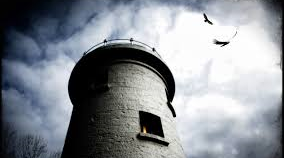 A Christian Should be a Tower of Strength

You’ve heard the saying, that “attitude affects altitude” haven’t you?  Well, here’s an attitude that God wants us to have;  “I can do all things in Him, who strengthens me!”   Philippians 4:13.   Of course the “Him” there, is Christ.   In CHRIST, I can do all things, because it’s CHRIST that gives us the strength to DO all things!  That attitude is going to take you higher, and farther, and make you stronger, than you could ever be, outside of Christ.

And we also know, that..  “No temptation has overtaken you, but such as is common to man.  And God is faithful, who will not allow you to be tempted beyond what you are able.  But with the temptation, will provide the way of escape also, that you may be able to endure it.”   1 Corinthians 10:13.

We’re not escaping the trial, but rather, we’re escaping any SIN that might be the result of the ordeal.  And the way by which we escape sinning, is through our faith, which God supplies.  “Faith comes by hearing the word of God!”  Romans 10:17.   And therefore, the way that we remain strong, throughout ANY trial, is through our faith.

When we overcome a trial or a temptation, we are overcoming the world.   And  1 John 5, verse 4,  makes it very clear how we overcome the world.  John says;  “..And this is the victory that overcomes the world..  Our Faith!”

Faith is power, isn’t it?  It must be, if it can overcome the world.  Ephesians 2, verse 8  tells us;  “For by grace you have been saved, through faith..”  So your faith is an integral part of what saves you.  When we face trials, and troubles, that’s not when our faith shuts down, that’s when our faith kicks in!

In that  12th chapter of 2 Corinthians,  the apostle Paul had said, in  verse 7,  that he had been given “a thorn in the flesh”, that he was forced to deal with.  And Paul did just like we do, he prayed to God, that God would take away that “thorn”.  It was a physical ailment of some sort.  That “thorn” so to speak, was “in the flesh”.   And Paul says in  verse 8;  “Concerning this, I entreated the Lord, three times, that it might depart from me.”  And that’s when Jesus replied, and said;  “My grace is sufficient for you.  For power is perfected in weakness.”

God says;  “I WILL NOT, allow you to be tempted beyond that which you are able to bear!”  And;  “I WILL cause all things to work together for good to you, if you love Me, and if you show your live, by keeping My commandments.   And THAT is God’s providence at work!

We as Christians aren’t weak!  We’re strong!  We are the strongest people alive.  And God want us to show the world how strong we are, by enduring all things.  Do you love God?  1 Corinthians 13, verse 7  says;  “Love bears all things, believes all things, hopes all things, and ENDURES all things.”

God doesn’t want us to suffer, He wants us to endure.  There’s a difference!  When you suffer, it’s a fight!  It’s you fighting against the things of this world, and a lot of times, it’s you fighting against things that we can’t change.  But when you endure, you accept, and then, there is no fighting.  Instead, there’s an acceptance of the way things are, because your faith has given you the STRENGTH to accept them, knowing, that some things cannot be changed, and knowing that God will somehow bring good out of it.  That’s God’s promise to us.

Think about your faith, as something that you have to USE, to conform to God’s will, and to accomplish God’s will.  Let’s use the example of Jesus here;  Jesus once prayed a very short prayer, but it’s one that we ourselves could very well pray when we’re faced with life’s burdens.  Jesus prayed in  Luke 22, verse 42;  “Father, if Thou art willing, remove this cup from Me.”

Don’t we pray exactly that, many times in our lives?  We face some trial, or some temptation..  Some very difficult situation in life, and we go to God and say;  Father, if it’s possible, and if it’s within your will, would you relieve me of this trial, and of this burden that I have to bear.  And then we have to wait on God, to see if He’ll remove the cup from us.  The apostle Paul asked three times, but it wasn’t God’s will to remove Paul’s “thorn in the flesh”.   But God said that His grace was sufficient.  And a major part of God’s “grace”, is the faith that we have through His word.

When Jesus prayed;  “Father, if Thou art willing, remove this cup from Me”, it wasn’t God’s will to remove that cup.  Jesus had to endure what He was about to suffer.  But Jesus had the greatest faith of anyone, and so He was able to endure, even death on the cross.

Through God’s word, we are able to acquire sufficient faith, so as to be strong enough, to endure to the end, and be saved.  What if we feel like we can’t endure, like we can’t cope any longer?  That’s exactly when our faith will get us by!  That’s when we have to go back to the bible, back to God’s word, and to His promises.  God “has granted to us everything that pertains to life and godliness, through the true knowledge of Him who called us by His own glory and excellence.”  (2 Peter 1, verse 3)   And that includes the faith to endure.

You know, sometimes just thinking about heaven, is all it takes to re-energize us.  Sometimes we’re just worn down by the world, and we just need to take a few minutes out and relax, and re-organize, and think about heaven.  Kind of like a “time out”.  I think we should take a “time out” right now, and think about the words to a very beautiful song, called “Sing To Me Of Heaven”.

As you read these words, let them relax you, and give you encouragement..

“Song to me of heaven, sing that song of peace.  From the toils that bind me, it will bring release.  Burdens will be lifted, that are pressing so, showers of great blessing, o’er my heart will flow.”

What do you think that God wants the world to see, when it looks at a Christian?  Doesn’t God want the world to see Christ, in every Christian?  Paul said in  Galatians 2, verse 20;  “..It is no longer I who lives, but Christ lives in me.  And the life I live in the flesh, I live by faith in the Son of God who loved me, and delivered Himself up for me.”

What do you think was the greatest trial that Jesus had to endure?  I think it was His crucifixion.    The bible indicates that Jesus faced it with faith and with strength..  with great strength!  Remember how I mentioned that Jesus prayed, and said;  “Father, if Thou art willing, remove this cup from Me.”  Well, asking God to help you doesn’t mean you’re weak.  Do you remember what Jesus said immediately after that?  Jesus said;  “Yet not My will, but Thine be done.”

Now, that takes a lot of strength!  Think about it.  You know the kind of ordeal that you’re about to face.  And you pray, “Father, if Thou art willing, remove this cup..”  But you know that’s not God’s will.  And so, knowing that fact, you say;  “..Not my will, but Thine be done.”  That takes courage, and strength!

Sometimes we feel a lot of anxiety over the trials and stress that life brings.  I know that just recently, several families, of this congregation have suffered things that have brought about a lot of anxiety.  There’s been untimely deaths, and there’s been accidents, and there’s sickness.  And at some time or another, we’ll all be affected by those things.  And when they happen, we hurt, and we’re truly burdened, and sometimes we even feel overwhelmed.  But you know what?  When we feel like that, that doesn’t mean we’re not strong, it just means that we’re a lot like Christ was.

You want to know how overwhelmed Jesus felt just prior to His crucifixion?   After praying..  “..Not My will but Yours be done”,  it says in  Luke 22, 43 & 44;  “Now an angel from heaven appeared to Him, strengthening Him.  And being in agony He prayed more earnestly! And His sweat became like great drops of blood falling down to the ground.”

Have you ever felt such stress, and have been in such fervent prayer, that you began to sweat, and your sweat became like drops of blood?   When Jesus experienced that,  an angel of heaven came and strengthened Him.  And when we feel overwhelmed, will an angel of heaven not strengthen us?  Speaking of the angels, we’re told in  Hebrews 11, verse 14;  “Are they not all ministering spirits sent out to render service for the sake of those who will inherit salvation?”

That’s their very purpose!  I’m not sure exactly how angels minister to us, and strengthen us,  but if God says they do, then they do!

We’re told in  Philippians 2, verse 8,  that Jesus, was  “found in appearance as a man”.   And angels came and ministered to that man.  And if angels ministered to the man Jesus, they will minister to us.  It’s that simple.

It could be, that angels may have already come and ministered to us, and strengthened us, many times.  We can’t know exactly.   But we know that if we endure,  they will minister.  We’ve got God’s word on it.

This article has 5 Comments