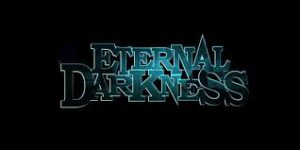 The idea of a loving God, sending people to hell, to suffer eternally, has always been a problem for people.  A lot of people refuse to accept that as the truth, and thus reject the bible.  Others don’t fully reject the bible, but they reject the idea of hell.

But the bible does speak about hell.  It describes hell as a “furnace of fire”.  It says there will be “weeping and gnashing of teeth”.  It’s described as “outer darkness”,  It’s where the “worm” never dies.  In other words, it goes on eternally.   Those words, are all words that Jesus spoke.

Not a pretty picture, but yet, that’s how Jesus describes it.  And still, the bible says;  “For God is love”.  (1 John 4:8)    How does a loving God, seemingly ignore His love, and allow such a thing to take place?  And how does He allow it to go on eternally?  A lot of people cannot get past that.  They refuse to have faith in God because of it.  And we can’t deny that the bible makes statements that seem to clearly say, that God will commit souls to hell.  For example;

There’s a verse in  Romans 12:19,  that says;  “Never take your own revenge beloved, but leave room for the wrath of God.  For it is written; Vengeance is Mine, I will repay, says the Lord.”  That’s actually a quote from the old testament, from  Deuteronomy 32, verse 35,  which says;  “Vengeance is Mine, and retribution.  In due time their foot will slip.  For the day of their calamity is near, and the impending things are hastening upon them.”

And then there’s  Mathew 10:28,  where Jesus says;  “And do not fear those who kill the body, but are unable to kill the soul.  But fear Him who is able to destroy both body and soul in hell.”

And of course there’s  2 Thessalonians 1, verses 6 thru 10,  which talks about the return of Jesus.  It says;  “For after all, it is only just, for God to repay with affliction, those who afflict you.  And to give relief to you who are afflicted, and to us as well, when the Lord Jesus shall be revealed from heaven with His mighty angels in flaming fire, dealing out retribution to those who do not know God, and to those who do not obey the gospel of our Lord Jesus.  And these will pay the penalty of eternal destruction away from the presence of the Lord, and from the glory of His power, when He comes to be glorified in His saints on that day, and to be marveled at, among all who believed;  For our testimony was believed.”

Romans 6:23  tells us;  “For the wages of sin is death, but the free gift of God is eternal life in Christ Jesus our Lord.”   Wages are something that we earn, aren’t they?   “For the wages of sin, is death.”  When you sin, you “earn” death.  Not physical death, but spiritual death.  No one has ever suffered physical death, simply because what they did was sinful.  Physical death will come, regardless of sin.  “It’s been appointed for man once to die..”  physically,  Hebrews 9:27.  But it has never been “appointed” for man to die spiritually.  Spiritual death is strictly something that you must “earn”.

Think about the word “vengeance”.  Vengeance has to do with justice.  It’s like we read in  2 Thessalonians;  “..It’s only just, for God to repay..”   And the word repay, is pretty self-explanatory.  To repay is to simply give back to you, what’s already yours.  It’s like the word recompense.   2 Corinthians 5:10  says;  “For we must all appear before the judgment seat of Christ, that each one may be recompensed, for the deeds in the body, according to what he has done, whether good or bad.”   Our God will simply be repaying what is rightfully ours.  Whether good or bad, whatever is ours, we’ll be recompensed.

Now here’s something that maybe you’re not aware of.  But the idea of being recompensed, carries with it the idea of  “that which is equitable, comparable, and fitting”.   What does that mean?   Well, it means, that to be “recompensed” by God, is to receive something of equal value, to the deeds that we’ve done.  The deeds that have “earned” us the compensation in the first place   To really put that in terms that are easy to understand, it means that the deed of committing sin, is comparable to the recompense of hell.   “For it is only just, for God to repay..”  It’s “just”, it’s “fitting”, it’s “comparable”.

Have you ever thought of the guilt of sin, to be on the same level, as hell?  God says they’re comparable.  Hell isn’t any worse than sin, and sin isn’t any less grievous than hell.  Did you realize that?  Most people take sin pretty lightly, don’t they?   I think they do.  But we shouldn’t.  Christians should not take sin lightly, because God obviously doesn’t take it lightly.  God says that hell, is a perfectly fitting wage, for the guilt of committing sin.

That’s hard for us to understand, that sin is so bad, that an equal recompense for sin would be eternal hell.  But if it wasn’t so bad, then why did God, thru Jesus Christ, take on the form of a man, and subject Himself to the kind of abuse, and suffering, that He did, and allow Himself to be crucified on a cross?   Why did God have to sacrifice Himself like that, if sin’s “not that bad”?

It’s not that God enjoys sacrifices, because He doesn’t.  God has always commanded that sacrifices should be made, but He doesn’t enjoy them.  He doesn’t “like” them.   I certainly don’t presume to speak for God, but I’m fairly sure, that God would have preferred that no sacrifice would have ever had to be made.

We’re told in  Hebrews 10:5;  “Sacrifice and offering, Thou hast not desired..”   It says in  verse 6;  “In whole burnt offerings for sin, Thou hast taken no pleasure!”  If God doesn’t desire sacrifices, and if He has no pleasure in them, then why did He command sacrifices to be made?  And why did Jesus Christ have to be offered as the “ultimate” sacrifice?

It’s because of sin!  God takes no pleasure in sacrifices, but because of sin, they have always been necessary.  There was no other way that it could be.  In  Hebrews chapter 9,  verses 14 & 15,  the writer talks about how the blood of Christ, is the blood of the new covenant.  In  verse 18,  he  talks about how the old covenant was also inaugurated with blood.  And in  verse 22,  he says;  “And almost all things are purified with blood, according to the Law.”

There was NEVER complete forgiveness under the law of Moses.  Hebrews 10:4  says;  “For it is impossible, for the blood of bulls and goats to take away sins!” Only Christ’s blood can bring complete forgiveness of sins.   Therefore, under the new covenant of Christ, “without the shedding of blood, there is no forgiveness!”  No other way.  Period!

And so Christ had to die, there was NO OTHER WAY.  Sin is a reality, and even though God has no pleasure in sacrifice, there is no other way.  And that is exactly how it is with hell;  There is no other way, for one who remains guilty of sin.  We have been provided with the way to be forgiven.  But, for those who refuse that way, who refuse to be forgiven, and who choose rather, to remain guilty of their sins;  There is No other way.

Just like God takes no pleasure in sacrifice, neither does He take any pleasure at all, in condemnation.  But there is no other way!  What is the Lord’s desire?   1 Timothy 2:4  tells us that the Lord;  “..Desires all men to be saved, and to come to the knowledge of the truth.”  And we have the truth revealed for us.  It’s not a mystery, it’s not unclear.  It’s spelled out specifically in the bible.  That’s why Jesus could say in  John 8:32;  “You shall know the truth, and the truth shall make you free.”  Free from the guilt of sin.  Free from the eternal suffering that is the only other way.

Jesus made the truth known.  All we’ve got to do is read it, learn it, and obey it.  Jesus said in  John 8:31;  “IF you abide in My word, THEN you are truly disciples of Mine.”  And then, “you shall know the truth, and the truth shall set you free.”   To abide is to obey, and if you abide, you can be set free from your guilt.  What happens if you don’t abide, if you don’t obey?

2 John, verse 9  tells us;  “Anyone who goes too far, and does NOT abide in the teaching of Christ, does NOT have God”.  Plain and simple.  Period!  And my Baptist friends cry out;  Why do you keep pushing obedience?  Don’t you know we’re saved by grace?  And I say;  I’m not “pushing” obedience.  I’m reading the bible!   I’m reading what it says!  I guess if anyone’s pushing obedience, it must be God that’s doing the pushing!

Ephesians 2:8  says;  “For you have been saved by grace, through faith..”  And true faith renders true obedience.  That’s probably why God had the writer of Hebrews, to write these words, in  Hebrews 5:8 & 9;  “Though He were a Son, yet He learned obedience through the things that He suffered.  And having been made complete (or perfect) He became the author of salvation to all those who obey Him.”    Now did I push anything there, or did I simply quote a scripture?  If anyone’s pushing us to be obedient, it’s God.

What truly delights the Lord, is not sacrifice, but rather, it’s obedience.  To obey the voice of the Lord, is what truly pleases God.

Listen to  Hebrews 10:5  once again.  A couple minutes ago I read part of the verse, but here’s the whole verse;  “Sacrifice and offering Thou hast not desired, however (that’s like saying, “on the other hand”)  a body Thou hast prepared for Me.”   Why did God prepare a body for Jesus?  You’d probably say, it was so that His body could be sacrificed on the cross.   And yes, as we have learned, that sacrifice was necessary if any sin was going to be forgiven.  Jesus Himself said in  John 12:27,  as He was contemplating His own crucifixion;  “Now My soul has become troubled, and what shall I say;  Father save Me from this hour?  But for this purpose I came to this hour.”

Yes, Jesus came to die, but there was another reason that God prepared a body for Jesus.  Jesus Christ, came to this earth, and put on a physical body, prepared for Him by God, for the purpose of doing God’s will.  That’s what it says in  Hebrews 10, verse 7;  “Then I said;  Behold, I have come..  To do Thy will O God.”   Obedience, that’s why Christ was given a physical body, to DO God’s will.   “Behold, to obey is better than sacrifice, and to harken, than the fat of rams.”

Do you need to set up a bible study with us?  “Study to show thyself approved unto God..”  (2 Tim 2:15)Do you need to take you sins more seriously, and repent of them?  “Unless you repent, you will all likewise perish.”  (Luke 13:3)  Is baptism the only thing that you’ve neglected so far?  (“Arise and be baptized and wash away your sins, calling on His name”)  (Acts 22:16)   Maybe you simply need to remain faithful unto death.  Remember, even a Christian has to keep repenting of any sins committed after he becomes a Christian.  “Let he who THINKS he stands take heed, lest he fall.”  (1 Corinthians 10:12)

Whatever you need to do, let us know if we can help in any way.