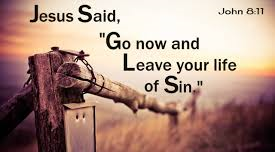 But You Can’t Take The Country Out Of The Boy

It means the same thing any way you put it.  It means, you can’t change someone’s character, just by changing their surroundings.  How many of you have watched the Beverly Hillbillies?  They took a bunch of hillbillies out of the country, and they gave them a lot of money, and stuck ’em in the big city, but they couldn’t take the hillbilly out of  who they were.   That was a funny show, because people are who they are, and it’s not that easy to change who someone is.   Moving them to a different location won’t do it.  Giving them a bunch of money won’t do it.  They just keep on being exactly who they are.

So then money can change someone’s character, but unfortunately, not for the better.  But remember, it’s not actually the money that changes someone, it’s the LOVE of money.  Jesus stated a very basic principle, and a very basic truth, in  Mathew 6:24;   “You can’t serve God and mammon.”   “Mammon” means “riches, or wealth”   You can’t be a servant of God, if you’re a slave to riches and wealth.

That’s why the bible says, in  Romans 12, verse 2;  “And do not be conformed to this world, but be transformed, by the renewing of your mind..  that you may prove (in other words, that you may come to realize, that you may come  to understand, and accept) what the will of God is;  That which is good and acceptable and perfect.”

Israel Came Out of Egypt

“And without faith, it is impossible to please Him.”   Hebrews 11:6    All of Israel had seen the ten plagues that God brought upon Egypt.  You’d think that would have produced a good amount of faith in the Israelites.   But they had no sooner gotten out of Egypt, when they saw Pharaoh and his army chasing after them.  And instead of having enough faith to realize that God wouldn’t bring them out of Egypt, and then abandon them, they turned and said to Moses, in  Exodus 14, verse 11;  “Is it because there were no graves in Egypt, that you have taken us away to die in the wilderness?  Why have you dealt with us this way, so as to bring us out of Egypt?”

And then they said;  “It would have been better to serve the Egyptians, than to die in the wilderness.”   Verse 12.   The Israelite’s lack of faith, caused them to rather be back in Egypt.  They had come to rely on the things of the world.  That’s what they had faith in.  And they needed to LEARN, to have faith in GOD, and to rely on God.  And we need to learn the very same thing.  We need to learn to NOT rely on the things of this world for our happiness, and our pleasure, and our contentment.

When we learn, to find our happiness and pleasure, in GOD, that’s when we’ll find contentment.  That’s when we’ll find “the peace of God, that surpasses all understanding.”  (Philippians 4, verse 7)   What’s going to have to happen today, for you to be happy today, or to be happy tomorrow?  What’s going to have to happen, for you to say; I really enjoyed this day?

Will you be able to say that you found pleasure in this day, simply knowing that God is here for you, and that He has forgiven your sins, and that He’s promised you a home in heaven?  Or is it going to require something else to allow you to enjoy this day?  Jesus said;  “For where your treasure is, there will your heart be also.”   (Mathew 6:21)   Whatever you treasure, that’s what will make your heart happy.  That’s what you’ll find pleasure in.

Finding pleasure in God, isn’t necessarily “automatic” for us.  We’ve got to work at it.   Philippians 2, verse 12  tells us to “work out your own salvation..”   It’s not automatic, we’ve got to work at it.  We’ve even got to “work” at what bring us pleasure, and happiness, and comfort, and contentment, and peace.  Temporary pleasure isn’t hard to find though.  And temporary happiness, temporary comfort.  That’s not hard to find.  Good food can do that.

Do you know what the Israelites said to Moses after they had come out of Egypt, and were out in the wilderness?   In  Exodus 16, verse 3,  they said;  “..would that we had died in the land of Egypt, when we sat by the pots of meat, and ate bread to the full!”   They really missed that temporary pleasure, the temporary comfort, of all that good food.  They must have really treasured it, because that’s where their hearts were.

God had overthrown the Egyptians;  He had freed the Israelites from slavery, and He promised the Israelites, in  Exodus 14, verse 13;  “For, the Egyptians whom you have seen today, you will never see them again forever!”   You’d think that Israel would have found comfort and even pleasure in that.

God’s Word is our Example

I wonder if we take seriously enough, the words of  1 Corinthians 10, verse 11;  “Now these things happened to them as an example, and they were written for our instruction, upon whom the ends of the ages have come.”

Even though the sons of Israel were slaves in Egypt, Egypt still offered material comforts that they had come to rely on.  Egypt offered plenty of food, something they could see, and feel, and taste.  They were led by the flesh, and so the people were comfortable in their slavery.  And so when God brought them out of Egypt, they brought Egypt with them, in their hearts.

You understand the lesson here don’t you?  God calls us, to come out of the world.  He says in  2 Corinthians 6:17;  “Therefore, come out from their midst, and be separate, says the Lord.”   And we hear God’s call, and we go to God.  But all too often, we bring the world with us, just like Israel did.  The world stays in our hearts, because we’re so used to being led by the flesh, like Israel was, that we’re more comfortable in the world, than we are in God’s kingdom.

You know, that’s just like people are today, isn’t it?  We can have a gospel meeting, or a bible school, or any religious get-together, and people will get fired up, for a day or two, or maybe even three or four days, but then what happens?  Their faith and their zeal, kind of “fizzles out”, doesn’t it?  People haven’t changed..  That’s our tendency.  But we’ve got to overcome our “tendencies”.  We’ve got to develop a faith, that won’t “fizzle out”.

“These things happened to them as an example, and they are written for our instruction, upon whom the ends of the ages has come.”   We’ve got work to do.  The offer of salvation is free.  The price has been paid by God.  It wasn’t free to Him, but it’s free to us.  But we’ve got work to do!   We’ve got to learn!

Romans 8:35  asks us this question;  “Who shall separate us from the love of Christ?  Shall tribulation, or distress, or persecution, or famine, or nakedness, or peril, or sword?”   Verses 38 & 39  declare;  “For I am convinced, that neither death nor life, nor angels nor principalities, nor things present not things to come, nor powers, nor height, nor depth, nor any other created thing shall be able to separate us from the love of God, which is in Jesus Christ our Lord.”

In other words;  The world can take you from one place and put you in another;  It can give you things, or take things from you;  But it can’t take God out of you, if you decide to put God in you!   Jesus said, in  John 16:22;  “Therefore you too now have sorrow, but I will see you again, and no one takes your joy away from you.”

Do you want happiness, do you want pleasure, do you want comfort, that never goes away?  Then just decide that you’re gonna have it!   In the world, you might get it temporarily, but in Christ, you’ve got it forever!

Hear the word of God, but don’t just hear it, believe it, and trust it, and live it!  Confess Jesus openly, and live like Jesus.  Repent of your sins, and get the world out of you.  Be buried in baptism, for the forgiveness of your sins, and arise to “live” in newness of life, and remain faithful unto death.