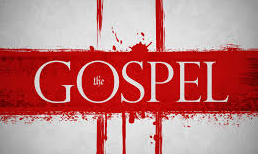 In  1 Corinthians 15, verse 1,  the apostle Paul wrote these words;  “Now I make known to you, brethren, the gospel, which I preached to you, which also you received, in which also you stand..”

Peter said to Christians everywhere, in  2 Peter 1, verse 12;  “Therefore I will always remind you of these things, even though you know them, and are established in the truth you now have.”   He said in  verses 13 thru 15;  “Yes, I think it is right, as long as I am in this tent, (as long as I’m alive here on earth) to stir you up by reminding you;  Knowing that shortly I must put off this my tabernacle, (my earthly body) even as our Lord Jesus Christ hath showed me.  And I will make every effort to ensure, that after my departure, you will be able to recall these things at all times.”

You know, Peter said in  chapter 3, verse 1;  “This is now, beloved, the second letter I am writing to you in which I am stirring up your sincere mind by way of reminder.”   But it’s really not just Peter who’s doing the reminding, is it?  No, it’s God who was reminding them, and us, through the writings of Peter.

And of course it’s God who was reminding the Corinthians, and who is reminding us, through the writings of Paul, when Paul wrote;  “Now I make known to you, brethren, the gospel, which I preached to you, which also you received, in which also you stand..”

And the Corinthians had already received the words of the gospel into their hearts, and they had obviously obeyed the instructions of the gospel, because Paul said that it was something “in which you also stand”!    As to “receiving” the gospel, keep in mind the words of  Acts 2, verse 41,  which says;  “So then, those who had received his word, were baptized;  And that day there were added about three thousand souls.”

You can’t say that you’ve “received” the gospel, unless you’ve obeyed the instructions of the gospel.  The apostle Peter had preached the gospel on the day of Pentecost.   And here’s exactly what Peter preached, in  Acts 2:22 thru 36;  “Men of Israel, listen to these words:  (listen to these words of the gospel)  Jesus the Nazarene, a man attested to you by God with miracles and wonders and signs which God performed through Him in your midst, just as you yourselves know.  This Man, delivered over by the predetermined plan and foreknowledge of God, you nailed to a cross, by the hands of godless men, and put Him to death.  But God raised Him up again, putting an end to the agony of death, since it was impossible for Him to be held in its power.”

And now in  verses 25 thru 27,  Peter quotes from the Psalms of David.  And this can serve as a reminder to us, that the gospel was indeed preached in old testament times.  So here’s what Peter says in  verses 25 thru 27,  which is a quote of  Psalm 16:8 thru 11;  “For David speaketh concerning him; (concerning the Christ)  I foresaw the Lord always before My face; (now remember, this is as if Christ Himself were speaking)  For He (God the Father) is on my right hand, that I should not be moved;  Therefore did My heart rejoice, and My tongue was glad;  Moreover also My flesh shall rest in hope;  Because thou wilt not leave My soul in hades, neither wilt thou suffer Thine Holy One to see corruption.  You have made known to Me the paths of life; You will fill Me with joy in Your presence.”


And now Peter continues, with  verses 29 thru 36;  “Brethren, I may confidently say to you regarding the patriarch David, that he both died and was buried, and his tomb is with us to this day!”  In other words, it’s not king David whose body would not see decay, because the bones of David were still there in Israel!  “His tomb (his place of burial) is with us to this day!”   We’re told in  1 Kings 2, verse 10;  “So David slept with his fathers, and he was buried, in the City of David.”   The “City of David” was the ancient area, from which the city of Jerusalem grew out from.   From what I’ve read, that ancient little city, didn’t even remain a part of what was later called Jerusalem;  After the temple was built, and the walls were built around the city.   But in those ancient times, it was indeed, the “city of David”.

And so Peter says;  “Therefore being a prophet, (David was a prophet of God) and knowing that God had sworn with an oath to him, that of the fruit of his loins, according to the flesh, He would raise up Christ to sit on his throne;  Foreseeing this, David spoke about the resurrection of the Christ, that He was not abandoned to Hades, nor did His body see decay.  This Jesus, God raised up again, to which we are all witnesses.”

And it was that same power that enabled Jesus to ascend back to heaven.   Acts 1, verse 9  describes the scene;  “And after He had said these things, He was lifted up, while they were looking on, and a cloud received Him out of their sight.”  Jesus was “lifted up” by the power and glory of God.

And now getting back to Peter’s preaching..

Speaking of Christ’s ascension, Peter said;  “..and having received from the Father, the promise of the Holy Spirit..”   Now let me stop for a minute again;  Christ was evidently receiving back, His eternal “status” you might say, which He originally shared with God the Father.  Let me remind you of the words of  Philippians 2, verses 6 & 7;  (and this is ALL a part of the gospel of Christ)  So,  Philippians 2:6-7;  “Who, although He existed in the form of God, did not regard equality with God, a thing to be grasped, (or “selfishly held on to”)  but emptied Himself, taking the form of a bond-servant, and being made in the likeness of men.”

Therefore, although at one point, Christ “emptied Himself” of His “equality with God”, now that He had been resurrected and and had ascended back to heaven, He “received back from the Father” that original “equality”.    That word “equal” also means “identical”.  And while Jesus Christ dwelt on this earth, in a human body, he wasn’t exactly “identical” to the Father, was He?  But when He ascended back to heaven, Jesus Christ, once again assumed His absolute “equality” with the Father.  And according to the words of Peter, in  Acts 2:33,  the receiving back of that equality with the Father, is referred to as “receiving the promise of the Holy Spirit.”

The Son of God knew, that His inequality with God, would be only temporary;  It had been “promised” that He would receive it back again.  I remember mentioning something about this, one Sunday evening.   I mentioned the fact that the word “received”, can be used in a number of different ways.  But one of the ways it can be used, and one of the meanings of the word, is.. “to take what is one’s own”   And that meaning, fits this verse to a “T” so to speak.  Jesus Christ willingly “emptied Himself” of His equality with the Father, knowing that upon His ascension back to heaven, He would once again, “take up what was His own”.

Isn’t that interesting?  And once again, it’s all a part of the gospel of Christ.

Now let’s go back to peter and his preaching on the day of Pentecost.  Peter said, in  Acts 2, verses 34 thru 36;  “For David did not ascend into heaven, but he himself says;  The Lord, said to my Lord;  Sit at My right hand.”    In other words;  God the Father, said to Jesus Christ;  “Sit at My right hand, until I make Your enemies, a footstool for Your feet.  Therefore let all the house of Israel know assuredly, that God hath made that same Jesus, whom ye have crucified, both Lord and Christ.”

Well, the Jews must have thought that was some pretty powerful preaching;  Because the very next verse says;  “Now when they heard this, they were pierced to the heart, and said to Peter and the rest of the apostles, “Brethren, what shall we do?”

And so Peter continues to preach the gospel, as he tells the people exactly what they should do.  Here’s what Peter said;  “Repent!  (Change your minds, about the evil that’s been in your hearts, and about the sins that you’ve committed)  “..and BE BAPTIZED, every one of you, in the name of Jesus Christ, into the remission of sins, and you shall receive the gift, of the Holy Spirit.”   Ephesians 2, verse 8  calls it, “the gift of God”.   “For by grace you have been saved, through faith, and that not of yourselves; it is the gift of God.”

Acts 2:39  says;  “For the promise is for you, and your children, and for all who are far off, as many as the Lord our God will call to Himself.”

The “promise” is for everyone who the Lord our God calls unto Himself.  But what “promise” is Peter talking about?  It’s the “promise” from God, that upon repentance and baptism, they would indeed  “receive the gift, of the Holy Spirit.”  The “gift of God”.  Salvation for your souls!   This is all a part of the gospel.   And  Romans 1:16  says;  “For I am not ashamed of the gospel, for it is the power of God for salvation, to everyone who believes, to the Jew first and also to the Greek.”

But that’s not all there is to the gospel, is it?  I’ve read to you many, many more verses of scripture, that area ALL a part of the gospel.  But do you know, that there are countless people from religious groups, that claim that indeed that is the entire gospel, right there in  1 Corinthians 15, verses 3 thru 8?   That’s it they claim.  If you know what’s written there, and if you believe it, then you’re saved, because as Paul says;  THAT is the gospel.

Well, that’s a perfect example of taking one passage of the bible, out of context with the rest of the bible, and claiming that’s all that God has to say on the matter.  And it’s a good example of how to be lost eternally too!

I looked up the word “gospel” in a Greek word study source, and here’s what it says;  “the Gospel – literally, “God’s good news.” See 2097 (euangelizō). The Gospel (2098 /euaggélion) includes the entire Bible.”   And I’d have to agree with that conclusion.

And I wish that all of you could come back tonight, because tonight I’d like to continue to talk about the gospel, and what it is, and about some other false conclusions that people have come up with regarding the gospel.  So then, please come back tonight, and hear more gospel from the bible.