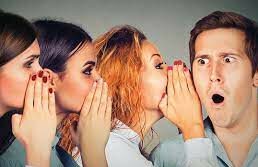 Let’s begin with a verse of scripture..

Proverbs 10, verse 19  says;  “When words are many, transgression is not lacking;  But whoever restrains his lips is prudent.”   There’s  not much doubt that too many words, can lead to problems.   Especially too many of the wrong kind of words.   And there’s a lot of sayings that have been “coined” in regards to that.

My friend Doug sometimes uses a saying that he heard many years ago;  “The lest said, the easiest mended”.

Here’s another saying I heard;  “Never miss the opportunity to keep your mouth shut.”

Or maybe you can identify with this one;  “Some things are better left unsaid, is something I usually realize right after I’ve said them.”

And of course the bible has some sayings of it’s own.  Just like our opening verse;  “When words are many, transgression is not lacking;  But whoever restrains his lips is prudent.”   (Proverbs 10:19)

And  Proverbs 13:3;  “Whoever guards his mouth preserves his life;  He who opens wide his lips comes to ruin.”

And  Proverbs 11:12;  “Whoever belittles his neighbor lacks sense, but a man of understanding remains silent.”

How about   Psalm 4:4;  “Be angry, and do not sin;  Ponder in your own hearts, on your beds, and be silent.”   Everything you might think you want to say, doesn’t NEED to be said.

And how about  Habakkuk 2:20;  “But the LORD is in his holy temple;  Let ALL the earth keep silence before him.”   There are some times, when everyone just needs to keep their mouth shut.

Now there’s a saying that someone came up with, that isn’t meant to be funny, like some of those other ones were, but instead, it’s meant to make us think more seriously;  Think more, and talk less.

Here it is;  “Maturity is when you keep your mouth shut, even if your emotions are telling you to say something mean.  Only people at peace with themselves, can do this.”   I suppose you could say that it’s our “maturity” that allows us to hold our tongue.  It’s most likely our experience, that has taught us that.  Just like that one saying I just read..  “Some things are better left unsaid, is something I usually realize right after I’ve said them.”   But I suppose we do mature, through experience.

But we should really change that saying about maturity, a little bit.  Because if we talk about maturity, we should be talking about “spiritual maturity”.   And so we might say, “Spiritual maturity, is when you keep your mouth shut, because you have no desire to say anything mean, to anyone.  And only people who are at peace with God, can do this.”   Right?  It’s God who gives us that kind of peace;  To not only be able to “hold our tongue”, but to not even WANT to speak anything mean or hurtful.  To be at peace.  And I think if we’re at peace with God, we WILL be at peace with ourselves.

The Peace of God

So we should really turn to the bible, and listen to God, if we want to hear some serious sayings, that are truly meant to make us think more, and talk less, and be at peace.

Here’s one from  Ephesians 4, verse 29;  “Let no unwholesome word proceed from your mouth;  But only such a word as is good for building up, according to the need of the moment, so that it will give grace to those who hear.”   To give “grace” to those who hear, means to be beneficial to them.  Our words are to be a blessing, a help, and a benefit, to those hearing.

Haven’t we all been guilty at some time or another, of gossiping?  A person who maybe has a habit of gossiping, might not really mean any harm when they do it, because they don’t understand what they’re doing.  But gossiping DOES do harm.   As a matter of fact, is there ever a time when it does any good?   You know, a lot of gossiping is nothing but lies.  And a lot more of it, is jumping to conclusions, without knowing all the facts.  (which would pretty much be akin it lying)  And some gossip is indeed about true facts.

But even if the gossip IS in some instances, 100% truth, where is the benefit of repeating it?

“Let no unwholesome word proceed from your mouth;  But ONLY, such a word as is good for building up, according to the need of the moment, so that it will give grace to those who hear.”

Words of gossip, never build anyone up.  All they do is tear down;  And basically, when you really think about it, to tear down is exactly what words of gossip are meant to do.  By both, the one gossiping, and by the one so eager to hear.

You know, there’s some speculation as to exactly what that last phrase means.. “They go down into the inmost parts of the body.”   Some think the “inmost parts” refers the “core” or the “heart”.  And the thought is that those tasty morsels of gossip remain in the heart, ready to be spoken and tasted all over again.  Others think that it refers to how those little morsels “wound” our very being.  They don’t build up, they tear down!  And they not only tear down the one being gossiped about, but they tear down everyone involved!

And although those both may be somewhat fair analogies, here’s what that verse really means.  The word translated “inmost parts” in fact refers to the belly.  And so the verse really should read..  “The words of a whisperer are like delicious morsels;  They go down to the belly.”  And the “belly”, refers to our appetite for something.   It’s what we feed on.

And so what the verse means, is that those bits of gossip, those “greedily swallowed morsels”, serve to satisfy our most “base” carnal desires.   They’re so readily swallowed up, BECAUSE they satisfy those base instincts.   That is what a gossiper feeds on.  And that is exactly what it means to be led by the flesh, instead of being led by the Spirit.   And so the bible doesn’t speak very well at all, about gossipers, or “whisperers”.

Here’s some wise words, and a good analogy from Proverbs;  Proverbs 26, verse 20  says;  “Without wood, a fire goes out;  Without a gossip, a quarrel dies down.”  Are you the “fire-stoker”, or are you the peacemaker?  “Blessed are the peacemakers,  (Jesus said)  for they shall be called the children of God.”   (Mathew 5, verse 9)

The Tongue is a Fire!

But it might be James who said the most about the things we speak.  And he referred to it, as “the tongue”.   James calls the tongue, “a fire”!   It sets things on fire, just like that wood that keeps the fire burning.  Why don’t you open your bibles to  James chapter 3,  and follow along as I read  James chapter 3.

Beginning with  verse 1;  “Let not many of you become teachers, my brethren, knowing that as such, we will incur a stricter judgment.”  The truth clearly needs to be taught.  And we as Christians are the ones who need to be teaching it!  And we need to stand up for the truth.  And not back down from the truth.  And not give even an inch for error.  But I suppose the lesson is..  Be careful HOW we teach the truth.  And that’s why  were encouraged in  Ephesians 4:15;  “But speaking truth in love, we may grow up in all things into Him, who is the head, even Christ.”

But back to James..  “For we all stumble in many ways.  And if anyone does not stumble in what he says, he is a perfect man;  Able also to bridle his whole body.”  (in other words, if you can master your tongue, you can master any desire of the flesh)

“Now if we put the bits into the horses’ mouths, so that they will obey us, we direct their entire body as well.  Consider the ships also;  Though they are so great, and are driven by strong winds, they are still directed by a very small rudder, wherever the inclination of the pilot desires.  So also, the tongue is a small member, yet it boasts of great things.  How great a forest is set ablaze, by such a small fire!”

“And the tongue is a fire, a world of unrighteousness.  The tongue is set among our members, staining the whole body;  Setting on fire the entire course of life, and set ON fire by hell.”   The word “hell” is being used figuratively here, to represent fleshly desires, carnal desires.

“For every kind of beast and bird, of reptile and sea creature, can be tamed, and has been tamed by mankind.  But no human being can tame the tongue.  It is a restless evil, full of deadly poison.  With it, we bless our Lord and Father, and with it, we curse people, who are made in the likeness of God.  From the same mouth, come blessing and cursing.  My brothers, these things ought not to be so.”

“Does a spring, pour forth from the same opening, both fresh and salt water?  My brothers, can a fig tree bear olives, or a grapevine produce figs?  Neither can a salt pond yield fresh water.  Who among you is wise and understanding?  Let him show by his good behavior, his deeds done in gentleness of wisdom.”

“But if you have bitter jealousy, and selfish ambition in your heart, do not be arrogant, and so lie against the truth.  This is not the wisdom that comes down from above, but is earthly, unspiritual, demonic.  (it’s fleshly and carnal)  For where jealousy and selfish ambition exist, there will be disorder and every evil practice.”

“But the wisdom from above, is first pure, then peaceable, gentle, open to reason, full of mercy and good fruits, impartial and sincere.  And a harvest of righteousness, is sown in peace by those who make peace.”

That’s quite a lot for us to learn, isn’t it?  And it’s even more for us to do!   But we can do it, with God’s help, and most especially, with God’s forgiveness.

As an invitation, I’ll simply quote these words of the apostle Paul, from  Philippians 3, verses 13 & 14;  “Brethren, I count not myself yet to have apprehended, but one thing I do;  Forgetting the things which are behind, and stretching forward to the things which are before, I press on toward the goal, unto the prize of the high calling of God, in Christ Jesus.”

Though we haven’t apprehended yet, and though we have all made mistakes, let us simply press on, to the goal of heaven.  Together, let’s all do the job at hand.