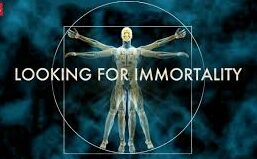 I’d like to talk to you about immortality;  And specifically, God’s immortality, and our own immortality.  It seems like almost from the beginning of time, man has searched for immortality.  The fountain of youth, right?   But physical immortality is impossible isn’t it?  It WAS possible, for two people in the garden of God, but ever since then, it’s been impossible.  It’s impossible because God has ordained that it’s impossible.   The scripture tells us, in  Hebrews 9, verse 27;  “It is appointed unto man once to die, and after this, the judgment.”  Every person who has ever lived, and who ever will live, will die once, physically.

Spiritual immortality, is one of those subjects that we probably all think we know all about.  But when we sit down and study it, we might possibly find that we didn’t quite know all that we thought we knew.

Now I’m not sure of what your particular view of immortality is, but I think that most people who are Christians, and most people who have an interest in this subject, believe that we are all born with a mortal body, and an immortal spirit, or “soul”.  But that’s really not the case.  We are indeed all born with mortal physical bodies.  These bodies of ours will all someday see physical corruption, and they will perish, and as  Ecclesiastes 12, verse 7  says;  “Then shall the dust return to the earth as it was..”

But as for our spirit, which resides within our mortal body, it too is mortal by nature.  By God’s design, we are totally mortal creatures, both body and spirit.  Now that may come as a surprise to some of you, but that’s exactly what God tells us in His word.  God’s word speaks clearly, that there is only ONE, who is truly immortal;  And that one, is God Himself.

I’d like you to listen to this passage from  1 Timothy 6, verses 12 thru 16;  And there’s a lot of good advice for all of us in this passage too. So here it is;  “Fight the good fight of the faith.  Take hold, of the eternal life to which you were called, and about which you made the good confession, in the presence of many witnesses.”   (Didn’t we all confess our faith before we were baptized?  And we all did that because that confession, that  “Jesus is the Christ, the Son of the living God”, and that  “there is salvation in no other.  For there is no other name under heaven, given among men, by which we must be saved.”  (Acts 4:12)   That confession  is required of us by God, in order to be forgiven of our sins.  And so we have gladly made that “good confession”.)

But take note here, that Paul is writing to a faithful Christian, namely Timothy.  And although Timothy is already a faithful Christian, Paul is encouraging him to “take hold, of the eternal life to which you were called”.   Obviously, Timothy did not already possess that eternal life that he was called to, or else Paul wouldn’t be urging him to “take hold” of it.  And I mention that fact, because it plays a part in our little study here about immortality.

And so Paul continues..  “I charge you in the presence of God, who gives life to all things, and of Christ Jesus, who made the good confession in His testimony before Pontius Pilate, to keep the commandment unstained and free from reproach until the appearing of our Lord Jesus Christ.”  (The word “commandment” here, isn’t referring to one specific commandment, but rather, it refers to the entire new covenant law.  The new covenant is, the commandment of God.  The old covenant was also at times referred to as “the commandment”.

And so..  “..keep the law of Christ, unstained and free from reproach, until the appearing of our Lord Jesus Christ, which the blessed and only Sovereign One, the King of kings, and Lord of lords, will bring about in His own time.”   So at the right time, at the time that God has ordained, Jesus Christ will appear!  And when He does, everyone will know it;  “And every eye shall see him, and they also which pierced him”   (Revelation 1:7)

Now here’s  verse 16..  And remember, what the scripture said about God in  verse 15;  It said, He is..  “..the blessed and only Sovereign One, the King of kings, and Lord of lords,   and  verse 16  says;  “who alone has immortality;  Who dwells in unapproachable light, whom no one has ever seen nor can see. To Him, be honor and eternal dominion.  Amen.”  So then, God ALONE, has immortality!    That’s not someone’s opinion, that is a truth revealed by God Himself.   God alone has immortality.

Let me explain exactly what immortality is.  Immortality, is very much like immunity.  We hear a lot about immunity these days.  Natural immunity, acquired immunity, “herd” immunity.  And when you’re immune to something, like a disease, (or like this virus that’s plaguing the world), that means that the disease has no affect on you.  You’re immune to the effects of the disease.  You’re not subject to the disease.  Well, immortality is a lot like that.  However, Immortality doesn’t refer to any disease,  immortality refers to death itself.   Immortality means that death has no affect on you.   You are simply not subject to it.  And that’s why God is immortal.

The literal definition of “immortality” is..  “without death”.  And that’s a quality that God alone possesses.  God alone is, by His very nature “without death”.   But when God created us, when he created “man”, He created us totally mortal.  Death is a part of us, both physically and spiritually.  God has given us a mortal body, that WILL succumb to physical death.  And He gave us a mortal spirit, that WILL succumb to spiritual death, through sin.  And there’s no doubt about it either;  Because we KNOW, that “all have sinned and fall short of the glory of God.”  (Romans 3:23)   And we KNOW that “the wages of sin is death.”   (Romans 6:23)   Therefore, we KNOW that even the spirit within us, is mortal, by God’s own design.

You know, I used to think that being immortal, meant that our spirits would never cease to exist.  But then I learned that wasn’t quite right.  While it’s true that our spirits will never cease to exist, that’s not the “trait” or the “quality”, that the word “immortal  refers to.  Being immortal, refers to the quality of being “without death”;  Not to the quality of always existing.  But you might ask; Well, what’s the difference?  Is there a difference never dying, and never ceasing to exist?  And actually, there’s a big difference.

Listen to these verses, from  1 Timothy 5:5 & 6;  “Now she who is a widow indeed, and being left alone, has hope in God, and continues in supplications and prayers night and day.  But she who lives for pleasure, is dead even while she is still alive.”   She still exists, and she even exists physically, but all the while, she’s dead spiritually.  And so one’s spirit can indeed exist, but yet, be dead.  And of course being dead spiritually, means to be separated from God.  And if one should die physically, while in that “dead” condition, while being spiritually separated from God, then that condition becomes permanent, through all eternity.   A mortal being, that has either done nothing, or has done too little, to “put on immortality”.

How do we “Put on Immortality” ?

We may have been created mortal beings, susceptible to death, but we sure don’t have to remain that way, do we?  No we do not!   I already shared with you  1 Timothy 6:15 & 16,  which says that God is..  “..the blessed and only Sovereign One, the King of kings, and Lord of lords, who alone has immortality;”   But now let me share with you the only other two verses, in the new testament, that speak of immortality.   And these two verses don’t speak of God’s immortality, but they speak of our own immortality.  Listen please, to  1 Corinthians 15, verses 53 & 54…

“But when this perishable will have put on the imperishable, and when this mortal will have put on immortality, then will come about the saying that is written, “DEATH IS SWALLOWED UP in victory.  O death, where is your victory?  O death, where is your sting?  The sting of death is sin, and the power of sin is the law.  But thanks be to God, who gives us the victory, through our Lord Jesus Christ.”

Immortality is something that the Christian will “put on” at the resurrection on the last day.  And thanks be to God for that!   But before we can “put on” immortality on the last day, we’ve got to “put on” Jesus Christ, today!   If we haven’t already “put on Christ”, then it is of utmost importance, that we do it while we have the opportunity.  Do you remember what the bible says in  2 Corinthians 6, verse 2?   “For He says: “In an acceptable time I have heard you;  And in the day of salvation I have helped you.  Behold, now is the accepted time; Behold, now is the day of salvation.”

We’re told in  Galatians 6, verse 27;  “For as many of you as were baptized into Christ, have put on Christ.”   The way that we “put on Christ” is to be “baptized INTO Christ”.   When we faithfully obey the commands of Christ, and believe in Him, and confess our faith in Him, and truly repent of our sins, and submit to being buried in baptism, for the forgiveness of those sins, we have then “put on Christ”.  We have “clothed ourselves with Christ”, as some versions say.  We have clothed ourselves with the forgiveness that is only in Christ.  And when we do that, and when we remain faithful to Christ, even until our very last breath, then we indeed will also be clothed with the immortality that God has promised us, when we’re resurrected, on that last day.

Ephesians 2:4 & 5  says;  “But God, being rich in mercy, because of the great love with which He loved us, made us alive with Christ, even when we were dead in our trespasses.  It is by grace you have been saved!”

“..but they will be priests of God and of Christ, and they will reign with him for a thousand years.”  And that’s what we’re doing right now, in His kingdom;  We’re “reigning with Jesus”, as His priests, offering ourselves, as a living sacrifice.   (Romans 12:1)

Once again, We believe, and we confess our faith, we repent of our sins, we’re baptized for the forgiveness of our sins;  And in doing so, we’re buried, and we’re resurrected, and we “put on Christ”, and we become alive again, we’re born again, and we remain faithful unto death.  And then the next step is immortality, and an eternity with God the Father, and with Jesus Christ the Son.