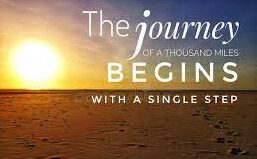 How many of you have heard the phrase..  “Break a leg”?  How many know what it means?  It means..  “good luck”.  But how does “break a leg” translate into “good luck”?  How did that come about?  You’d think that breaking your leg would be bad luck, not good luck.  So, does anyone know how that phrase came to be used, and how it came to mean..  “good luck” ?

“Break a leg” is a phrase that came bout in the old days of the theatre, when actors and actresses performed live on stage;  And of course they still do that today.   But picture a theatre stage, and picture the curtains that form the backdrop to the stage, and the curtains that go off to the sides of the stage.  Those curtains form a “line”, or a division, between what the audience can see, an what they can’t see.  If someone is backstage, they’re behind that line of curtains, and away from what the audience can see.  And the side curtains were called “leg curtains”.   And the line those curtains created, was called the “leg line”.