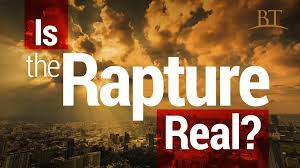 When Will The Rapture Happen

A lot of people are asking that.  I’m told that 334 times each month, people search the internet for, “When will rapture happen?”  11,813 times people search, “What is the rapture?”  So maybe we should start by answering that question first.

What Is The Rapture 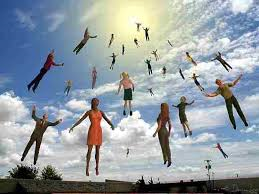 The rapture is a doctrine (a doctrine is simply a teaching) of many religious groups, teaching that certain persons will be “raptured” from the earth, and taken to heaven to be with God.  There are actually several definitions of the word “Rapture” and “Raptured”.  I’ll show you the most common ones.

Definitions of Rapture and Raptured

#1.  The state of being transported by a lofty emotion; ecstasy.

#2.  An expression of ecstatic feeling; ie, “raptures of joy”

#3.  (a)  The transporting of a person from one place to another, especially to heaven, by supernatural means.

(b)  An event in the “eschatology” of certain Christian groups, in which believers in Christ will be taken to heaven, either prior to, or at the second coming of Jesus.

(Eschatology is the teaching of what happens at the end of time.  People have different views of what will happen at the end of time, and so we see many different eschatologies).  (If people would all just believe the bible, they’d all have the same view)

This is the definition that we will be talking about in answering the questions, “What is the Rapture”, and “When will the Rapture happen”.

Most people who use the term “Rapture”, believe that a select number of people will be taken up to heaven while the people remaining on earth, will undergo a great tribulation. 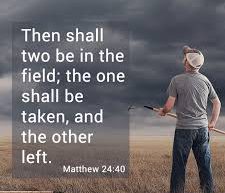 These verses do talk about believers being taken to heaven, but it speaks of this happening at the “end of time”, not before.  There will BE no earth left for people to remain on, because the heavens and the earth will have “passed away”.  Notice the verses that precede the ones already cited.

Mat 24:35-36,  “Heaven and earth WILL PASS AWAY, but My words shall not pass away.  But of that day and hour, (the day and hour that they pass away) no man knows, not even the angels of heaven, nor the Son, but the Father alone.” 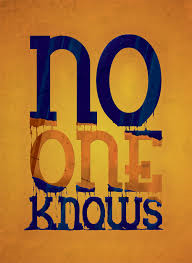 Jesus says that the day and hour when the heavens and the earth shall pass away is known by NO ONE except the Father.  How many people have predicted when this will happen?  People really do make fools of themselves trying to predict what God has revealed to NO ONE.

More Scriptures About The End Of Time

Let me show you another couple verses that tell us what will happen at the end of time, when the heavens and earth “pass away”.

We are being told by God, that ALL who are in the graves, that means EVERYONE who has died, will be resurrected when Jesus returns.

“In a moment, in the twinkling of an eye, at the last trumpet; for the trumpet will sound, and the dead will be raised, imperishable, and we shall be changed.”

1 Cor 15:50  reveals this to us, “Now I say this brethren, that flesh and blood CANNOT inherit the kingdom of God; nor does the perishable inherit the imperishable.”

Since flesh and blood, which is temporary and perishable, cannot inherit heaven which is eternal and spiritual, our bodies must be changed.  Otherwise no one could inherit heaven.

There will be NO ONE left on this earth after the resurrection when Christ returns.  Christ will return, and the dead shall rise, and the living shall be changed, and “the heavens and the earth shall pass away”.

“Rapture” Is Not In The bible

I must point out that the word “Rapture” is not in the bible.  We see so much of that…  People using words NOT found in the bible, to try to describe what the bible says.  Why, oh why, can’t people just call bible things by bible names?  It would sure end a lot of confusion if they did.

If you have read the previous post titled  “How is Jesus God”,  you would have read about the word “Trinity”.  That’s another word that is not in the bible.  But people have tried to take God’s teaching about God the Father, and God the Son, and God the Holy Spirit, and create their OWN words to “further define” what God has said. 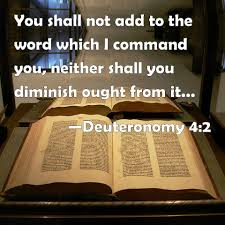 But in doing so, they have actually “added to” the word of God, by saying things that God never said.  And in doing so, have caused much confusion, because they’ve “added to” God’s word, and now they have to “define” what they mean, and they get things all twisted around.  Here’s a good verse of scripture to remember…

Maybe we need to look at God’s warnings about adding to His word.

Since that warning is found in the final book of the bible, the book of Revelation, many people think it applies only to that book.  That’s not true!  Observe…

Deut 4:2,  “You shall NOT ADD TO THE WORD which I am commanding you, nor TAKE AWAY from it, that you may KEEP the commandments of the Lord your God, which I command you.”

God is not one to “mince words” is He?  When people insist on making up words to “redefine”, or to “further describe” what God has already said, they almost inevitably “Add To” the word of God.  God has told us exactly what He wants us to know.

DON’T TRY TO CHANGE IT ! 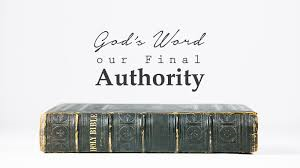 Rapture And The End Of Time

“An event in the eschatology of certain Christian groups, in which believers in Christ will be taken to heaven, either prior to, or at the second coming of Christ”.

Now let me say at this point, that the event foretold in the bible concerning this, is an event that will take place AT the second coming of Christ, and not before.  I’m going to give you the section of scripture that tells of this event, but first I want to point out a couple of things to help you understand what is being said.

In this scripture reading, the phrase, “those who are asleep” is used.  This refers to those who have died.  Next the phrase, “In Jesus” is used.  To be “IN Jesus” is to be “in a covenant relationship” with Him, as the result of obeying His commands.  This is the same thing as being in “a saved condition”. 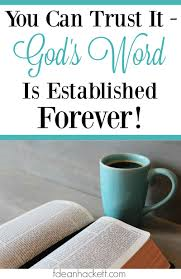 No matter what anyone else wants to believe, concerning what will happen at the end of time, these verses that we are about to read, tell you what GOD says will happen.

1 Thess 4:13-18,  “But we do not want you to be uninformed, brethren about those who are asleep, that you may not grieve, as do the rest who have no hope.”

“For if we believe that Jesus died and rose again, even so God will bring with Him (with Jesus), those who have fallen asleep in Jesus. ”

“For this we say to you by the word of the Lord, that we who are alive, and remain until the coming of the Lord, shall not precede those who have fallen asleep.”

“For the lord Himself will descend from heaven with a SHOUT, with the voice of the archangel of God, and the dead “in Christ” shall rise FIRST.”

“Then, we who are alive and remain, shall be caught up together with them in the clouds, to meet the Lord in the air; and thus we shall always be with the Lord.

“Therefore, comfort one another with these words.”

#2.  At the second coming of Christ, the Lord will never set foot on this earth !   V-17  said,  “Then we who are alive and remain, shall be caught up together with them, IN THE AIR, and thus we shall always be with the Lord.”

Let’s go ahead and read those verses too…

“But now Christ has been raised from the dead, the first fruits of those who are asleep.”

“For since by a man came death, by a man also came the resurrection of the dead.”

But each in his own order; Christ, the first fruits, after that, those who “are Christ’s” at His coming.”

“Then comes the end, when He delivers up the kingdom to the God and Father, when He has abolished all rule and authority and power.”

“For He must reign until He has put all His enemies under His feet.”

“The last enemy that will be abolished is death.” 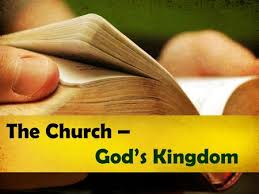 By means of the resurrection of the dead, Christ will have abolished “death”.  Those who are “In Christ”, make up His kingdom.  His kingdom is His church.  It is Christ’s church, and that church will be delivered up to God the Father, at the end of time.

Do Not Add To The word Of God !

Any other “explanation”, or any other “Rapture Story”, is “Adding to The word Of God”.  The bible does not use the word ‘Rapture”.  The bible uses the word “Resurrection”.

The bible says, “The dead in Christ shall rise”.

The bible says, “Then we who are alive and remain, shall be caught up together with them in the air..”

The bible says, “Then comes the end, when He delivers up the kingdom to the God and Father..”

Jesus Christ is the King over his Kingdom, which is His church.  And Jesus reigns now, in His kingdom.  And the bible says, “For He must reign until He has put all his enemies under His feet.  The last enemy that will be abolished is DEATH.”

The bible says, that the “Resurrection”, not the “rapture”, will be what abolishes DEATH.

Since that is the case, would we be wise to NOT add to God’s word?

Wouldn’t it be wise to “let us speak as the oracles of God”?

Wouldn’t it be wise to “Call bible things by bible words”?

And wouldn’t it be wise, to allow God’s word, to do the explaining?

Thank you so much for listening to God, as He answer the questions, “What is the rapture”, and “When will the rapture happen”.  May God bless you in the study of His word, and in your everyday life.

Please, if you have any questions or comments, let us know.  Leave your comments in the comment area below.  Thanks again for visiting and for allowing God’s word to speak to you.