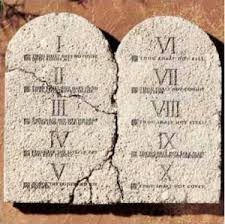 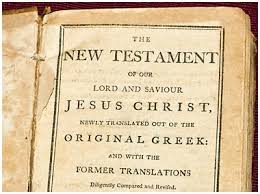 What’s The Difference Between The Old and New Testaments ?

A covenant is an agreement entered into between two parties.  God has “drawn up” these agreements and has delivered them to man, and has always left it up to man’s free will, whether or not to accept His covenant.  And God’s covenants are “Laws” which must be followed explicitly by man, if man expects to receive what God has promised to give.  These covenants are indeed laws, that’s why the old covenant is called the “Law of Moses”, and that’s why the new covenant is called the “Law of Christ”.

God said to Moses in Exodus 24:12,  “..Come up to Me on the mountain and remain there and I will give you the stone tablets with the LAW and the commandment which I have written for their instruction.”

We read in Galatians 6:2,  “Bear one another’s burdens and thus fulfill the LAW of Christ.”

Unfortunately, both covenants have been continually rejected by man, and when that happens, man forfeits the blessings of God that were promised to those who would fulfill the conditions of the covenant.  So now let’s take a look at some of the differences.

The first difference is one that I’ve already mentioned.  The Old Covenant, the Law of Moses, was given ONLY to the nation of Israel.  This is borne out in several passages of scripture, but I’ll give you one that says it about as plainly as any.  The prophet Jeremiah was speaking to the nation of Israel about the fact that God was going to put into effect, a “new” covenant.  Here’s what he said…

Notice again these words..  “..the Old Covenant that I made with their fathers, in the day that I took them by the hand to bring them out of the land of Egypt”.   There is NO doubt, about WHO God brought up out of the land of Egypt.  It was Israel, and no one else!  God had made His Old Covenant with those people whom He had brought up out of Egypt.  Many people believe that the Old Covenant was made for all people and that it is still in effect.  But we have God’s word on who He made His covenant with, and the fact that He has replaced it with a New Covenant.  Just remember, when people argue with God’s word, they argue with God! 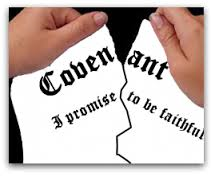 One more fact borne out in this scripture; Israel BROKE the Old Covenant, and God was under no obligation to uphold it anymore.  The New Testament talks about those who obey His word, and He calls them, “Abraham’s seed”.  You see, the original promise of salvation was given to Abraham and to his “seed”  (his offspring).   Israel was the grandson of Abraham, and the promise was repeated to him.  Abraham’s son was Isaac, and Isaac’s son was Jacob, and God changed Jacob’s name to Israel.  So when you hear the bible speak of the house of Israel, it is referring to the physical family of Jacob, whose name God changed to Israel.  Israel had twelve sons, and so the bible speaks of the twelve “tribes” of Israel.  These “tribes” were the twelve families directly descended from Jacob, (or Israel).

The original promise had been made to Abraham in Gen 12:3,  “And I will bless those who bless you, and the one who curses you I shall curse, and in you, all the families of the earth shall be blessed.”

Jesus Christ was a physical descendant of the tribe of Judah which is one of the twelve tribes of Israel.  And the bible says that everyone who belongs to Christ becomes Abraham’s offspring.  That’s how the New Covenant is for ALL people, and not just the physical nation of Israel.

We learn from Galatians 3:14,  “..in order that IN Christ Jesus, the blessing of Abraham might come to the gentiles, so that we might receive the promise of the Spirit (that’s the Spirit of God) through faith.”  (through faith in Christ)

And  Gal 3:27  tells us how we come to be IN Christ.   “For all of you who were baptized INTO Christ, have put on Christ.”  Now listen to the next two verses,  “There is neither Jew nor Greek, there is neither slave or free man, there is neither male or female, for you are all one IN Christ Jesus.  And if you belong to Christ, then you are Abraham’s offspring, heirs according to promise.”  V’s 28-29

This scripture tells us very plainly that the way to get INTO Christ, is to be baptized into Him.  Therefore, if you have not been BAPTIZED into Christ, you are not IN Christ, and therefore you do not belong to Christ, and are not an offspring of Abraham, and are not an heir according to the promise of God.  I don’t know how anyone can argue with that fact.  The bible says it, and the bible IS the word of God.  When God said through the prophet Jeremiah, “I will make a new covenant with the house of Israel, and with the house of Judah”, He was referring to the spiritual “seed” of Abraham, those who by faith in Jesus Christ, have “put on Christ” through baptism, and now “belong” to Christ.

God Made A New Covenant

God’s New Covenant has been made with all those who through faith in Jesus, obey His commands and become the spiritual seed of Abraham, heirs according to promise.  God’s New Covenant, and God’s promise of salvation is for ALL people.  Listen to what we’re told in Acts 2:39,  “For the promise is for you and your children, and for ALL who are far off, as many as the Lord our God shall call to Himself.”  We are “called” by the gospel of Christ.  2 Thessalonians 2:14  tells us,  “And it was for this, He called you through our gospel, that you may gain the glory of our Lord Jesus Christ.”

Acts 17:30  says,  “..God is now declaring that ALL men everywhere should repent.”   1 Tim 2:3-4  tells us,  “This is good and acceptable in the sight of God our Savior, who desires ALL men to be saved and come to the knowledge of the truth.”

The New Covenant is for everyone who will obey the Lord Jesus Christ.  “Although He were a Son, He learned obedience through the things that He suffered, and having been made perfect, He became the author of salvation to all those who obey Him.”  Hebrews 5:8-9

I’m sure that God will bless you in your honest study of His word.  I invite you to ask any questions at all that you may have.  Also leave me a comment or two in the space provided below.  Thanks and see you next time.

This article has 7 Comments