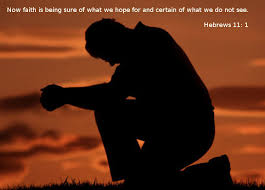 In the last couple of posts, we’ve been looking at how God uses examples to teach us.  I’d like us to look at some examples of faith from the bible,  but before we do that, I want us to learn some things about faith itself.

The first verse of  Hebrews chapter 11  gives us a short definition of what faith is.  Here’s the verse..

Let me comment, to be sure that you’re getting the whole meaning of that verse.  The assurance, or the very substance, of things hoped for, is the underlying “basis”, or we might say, the underlying “reality” of WHY we have the hope that we do.  There must be a reason that we have hope for certain things, and our faith IS the reason for our hope.

When the bible says, “things hoped for”, it doesn’t simply mean things “wished” for.  If you make a wish, you don’t have any underlying basis for believing that your wish would come true.  There’s no foundation or “reality” to make you really expect it to come true.

But the word in the bible translated “hope”, is a word that actually means, “I expect, or I trust”.  So to trust and to expect, that something will come to be, there has to be an underlying reason for that trust, and for that expectation.  Doesn’t that make sense? 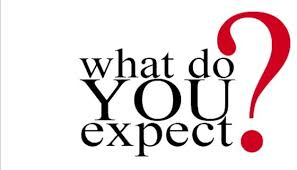 You can’t just go through life expecting for a specific thing to happen, without a reason to think that it will happen.  You’re not going to go through your life expecting that at a certain age, you’ll automatically have a million dollars in the bank.  Now, if you have a wealthy relative, who’s already promised to give you that money when you reach a certain age, THEN you’d have a basis for believing that, and you could trust that, and expect that.

Our faith causes us to trust those statements, and to thoroughly expect that blessing.   So for those of us who practice religion, our “hope” would be based on promises like that.  But I need to say something about the word “religion”.

The Meaning Of Religion

A lot of people have a rather confused idea of what “religion” is.  There seems to be some kind of a trend these days, to think that “religion” is a BAD thing.  People don’t have trust in what they think of as religion.

I’ve had a few comments on this website, where people have said, “I believe in God, or I believe in A God, but I don’t believe in religion”.  Or they have stated that, “I’m not religious, but I AM spiritual”.

I believe that trend, or that pattern of thinking, actually comes from a lack of understanding of what religion actually means.  Here’s why I say that..

There’s actually two meanings for the word “religion”.  The first definition can be stated in three words..  “Reverence for God”.  Reverence means “respect for, or fear of”.  So if we have some kind of respect for what we perceive to be “God”, then we have religion.  Therefore, religion is really how you “feel” about God, or at least how you feel about what you “perceive” as God.

Even if you were to simply believe that there’s some kind of “power”, or some kind of “energy” out there somewhere, that’s responsible for everything that exists; then if you have any kind of respect at all for that power or energy, that’s your “religion”.    That’s how you “feel” about it.

But there’s a second definition for “religion”, and it can be stated in just two words..  “Ceremonial Worship”.  It’s not how you “feel” about God, but it’s how you “act”, in response, to how you feel.  It’s the actual “ritualistic actions” that one engages in, with the intent of giving “worship” to God.  THIS is the idea that people object to! 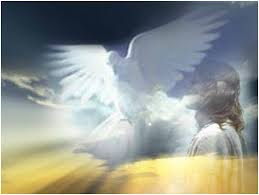 Those people who don’t mind the idea of worshipping God, don’t mind worshipping in “spirit”.  That goes along with the “trend” of saying, I’m not religious, but I’m spiritual.  So I’ll worship in spirit, I don’t have a problem with that.  But the rest of that verse, the part that says, we must worship in “truth”, that’s where the problem comes in.

Now if you’ve been following some of the other lessons here, you’ve seen the articles on how God’s word teaches us by  COMMAND, EXAMPLE, AND NECESSARY INFERENCE.   Necessary inference has to do with what we must infer, or must conclude, because of what God has implied.    And when Jesus said,  “Thy word is truth”,  there’s an obvious implication made.  The implication is that if God’s word is truth, and we must worship in spirit and in TRUTH, then we MUST worship according to what God’s word says!  That is an inescapable conclusion.  We MUST infer that to be true.

And so since God has commanded us saying, we MUST worship in truth; Then He is saying that He has SPECIFIED exactly HOW we MUST worship Him.  And the way that God has specified that we must worship Him, has become our “religion”.  It’s our “Ceremonial Worship”.  It is our “Ritualistic Actions” in worshipping God.  And people OBJECT to that.  But it IS God’s word!

To Sum Up Religion

And our religion is also..  The ACTIONS that we take, in giving our worship to our God.

So, are you spiritual?  Do you believe that there IS a spiritual POWER, much greater than yourself, that’s responsible for all that has come into existence?  Do you stand in awe of such a power?  Do you have a respect for that power?  If you do, then you ARE religious!  Even if you don’t believe in giving any kind of “worship” to this Spiritual Power, you still fulfill one of the definitions of being religious. 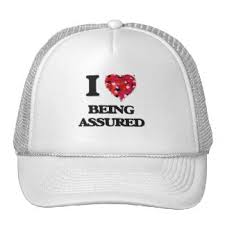 NO, faith comes by hearing the word of God!  You can search the bible over and over, but there is not another way given by God, for you to acquire faith.  It’s kind’a like Jesus being the ONLY way to be saved.  The scriptures say,  “And there is salvation in NO one else, for there is NO other name under heaven, given among men, whereby we must be saved.”   Acts 4;12

Well it’s the same way with faith; There is no other way under heaven, that God has given, whereby to acquire faith!  “Faith comes by hearing the word of God!”  End of story!

God has told us through Isaiah the prophet,  “Come now, let US  (you and God)  reason together says the Lord.”   Isaiah 1:18.   So let’s do some reasoning with God’s word.  Faith is the evidence of things not seen.  Faith is our conviction that those “unseen things” are real, and that they await us.  The “unseen things” are the very same things as “those things hoped for”.  And those things are..  The forgiveness of sins, and eternal life. 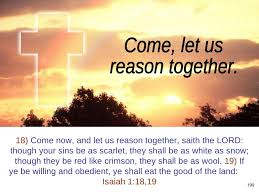 Now, if faith IS that evidence, and that assurance, and if faith comes by the word of God, then it’s that Word of God, that is really the evidence of our hope, and it’s our conviction of those “things unseen”.  The Word of God!  It proves to us over and over again, that it is TRUE, and TRUSTWORTHY, and so it becomes our FAITH.  And because of that conviction of faith, faith in the Word of God; When we read in the bible, the things that God has said to DO, we can do them with confidence, and with the assurance that in DOING what God’s word has told us to do,  it ENSURES us, of receiving the blessings that He has promised.

You can’t SEE the forgiveness of sins can you?  And knowing that, here’s what Jesus did on one occasion.  Jesus was teaching in the midst of a very crowded building.  And there wasn’t any room remaining for anyone to get close to Jesus.  But there was a lame man, whose friends had carried him on a pallet, to come to Jesus in the hopes of being healed.  But they couldn’t get near.  So they climbed up onto the roof of the building where Jesus was teaching, and hoisted their lame friend up there with them.   And they proceeded to take apart, a section of the roof, and they lowered their friend down on his pallet, right in front of Jesus.

You can read this story in  Mark chapter 2.   And when Jesus saw the great faith of all these men, He said to the paralyzed man in  V-5,   “My son, your sins are forgiven.”   Now, no one there could SEE any evidence that this man’s sins were actually forgiven.  And the bible says that some were “reasoning in their hearts”,  “Why does this man speak that way?  He is blaspheming; Who can forgive sins, but God alone?”       V’s 6-7.

But Jesus knew their hearts, and so He said to them,   “Why are you reasoning about these things in your hearts?  Which is easier to say to the paralytic: Your sins are forgiven, or to say; Arise and take up your pallet and walk?  But in order that you may KNOW, that the Son of Man has the authority on earth to forgive sins, – He turned and said to the paralytic – I say to you, arise, take up your bed and go home.”    V ‘s 8-11.

The EVEIDENCE of things unseen!

The bible IS our assurance of things hoped for, it’s truly the evidence of things not seen!  Jesus used the miraculous healing of the lame man, to be the evidence that He could not only heal a man physically, but that He could also “heal” a man spiritually.  He had the authority to forgive sins.  And so when Jesus says, “your sins are forgiven”,  we know it’s true!   That’s the way it is with the entire bible.  Example after example, are given to us of God’s love, of God’s healing, and of God’s FAITHFULNESS.   When God says it, It’s TRUE, and we have every reason to believe it. 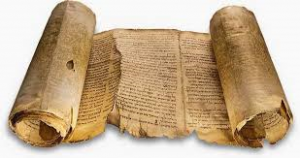 The bible is a DOCUMENTED account of what God has said, and what Jesus has done.  This documentation goes back as far as written documents have existed.  And NO ONE, has ever been able to prove it wrong!  And no one ever will, because the bible, is the reality of LIFE.  Both physical life, and spiritual life.

In our next lesson, we’ll take a look at some bible examples of the faith of certain individuals, and what that faith caused them to DO.  Please join me next time, for more “Bible Answers To Spiritual Questions”.