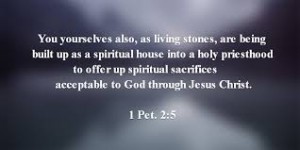 The Structure of the Body of Christ

In this second part of our study on  misconceptions about “the church”,  we’ll focus our attention on the “structure” of the assembly of the saved, and we’ll talk about the individual members who make up the body.  And remember this important fact.  “Groups” of people, such as religious “denominations”, do NOT make up the body of Christ!  Individuals make up the body.  1 Cor 12:27  says very plainly,  “Now you are Christ’s body, and individually, members of it.”   I’m not saying that a person who is a member of the body of Christ, cannot be found worshipping with other people who are a part of  a denomination, but what I’m saying, and what the BIBLE is saying, is that denominational “groups” are not the “members” of the body of Christ.  When the bible speaks of the “members” of the body, it is ALWAYS speaking of individuals, not organized groups of people.

Now, I like going to the original Greek text to find out exactly what the meaning of a verse is.  So in the original text, that verse from  1 Cor 12;27  begins with the word “Hymeis”, and it’s translated, “You”.    This is a “personal pronoun” in the “singular form”.  So God is speaking to the Christians in the city of Corinth, as individuals!  So the verse says, “You, each one of you, as individuals, are the body of Christ, and members, in particular.”  That’s the original wording, “..members in particular.”  The word “particular” is from a word meaning, “a part of” or “a portion of”.  So the exact meaning of the verse is, “Each of you as individuals, are a part of the body of Christ.”  “You each are a “portion” of that body.  So again, groups of people are NOT the members of the body, but rather individuals are the members of the body.  This is not “my interpretation” of this verse, this is what the original wording of the verse actually SAYS.  This is what GOD says!

If someone tries to tell you that the various denominations that we see in existence today, are all “members” of the one body of Christ, all you need to do, is to politely ask them to study the original Greek, and learn what this verse is really saying.  Denominations didn’t even EXIST when this was written!  How on earth could they have been the subject of what was spoken of here?   If you’re not a student of the original Greek text of the New Testament, I would certainly encourage you to become one.  You’ll learn so much more, and come to such a fuller understanding of the scriptures if you do study the Greek text. 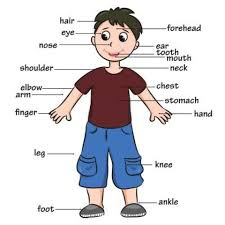 The analogy is that God has also placed the individual members of His spiritual body, “just as He desired”.   In that respect, the spiritual body is just like the physical body, and so God’s word says,  “So also is Christ”  V-12.   Every single member of Christ’s body is equally important, one to another, and equally necessary!  Though God has designated different “functions”, to be performed by different members, ALL members are equally important to the “life” of the body.

A congregation in a certain city or town, which makes up “the body of Christ” in that town, can be “dead” though, can’t it?  Jesus said to the congregation at Sardis, in  Revelation 3:1,   “I know your deeds!  That you have a name that your are alive, but you are dead!”   Evidently NONE of the members there, were performing the “function” that they were put there to perform.  They had a “name” that they were alive.  So evidently at one time, they were performing their functions, but they had quit.  And so by NOT performing the “functions” that God had put them there for, they had died.  Remember, it was God Himself who had “added” them to His assembly in the first place.   And He put them there for a reason, and that reason is to DO His will.  Even giving God our worship, is a part of His will.  “Not forsaking the assembling of ourselves together, as is the manner of some..”   Hebrews 10:25 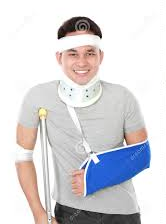 Do you know anyone who has lost a limb.. say an arm or a leg?  Maybe someone that has lost an eye?  Their whole body doesn’t die just because they’ve lost a “member”, does it?  I knew a fella in town here, named Ron, who’s past away now.  And Ron had lost the use of his left arm and hand because of nerve damage.  And so that limb was basically “dead”.  It was still there, but it didn’t perform any “function” anymore.  Sometimes it actually “got in the way”.  It was there, but it didn’t DO anything!  Have you ever worked somewhere, where there was a fellow employee, that actually “slowed” everyone else down?  There’s a saying about a person like that..  “Having him around, is like having two good men gone.”   He’s a “dead” employee!  He’s there, but he just causes problems, he can actually “get in the way” of what needs to be done.

But even in that ‘dead” congregation in the city of Sardis, Jesus said,  “..you have a few people who have not soiled their garments, and they will walk with Me in white, for they are worthy.”  Rev 3:4   “He who overcomes, shall thus be clothed in white garments, and I will NOT erase his name from the book of life, and I will confess his name before MY Father and before his angels.”   V-5    So you can still do the things that God wants you to be doing, even if everyone else around you, isn’t.

The souls of the people in Sardis had at one time been “alive” spiritually.  “Even when we were dead because of our sins (God) hath quickened us together with Christ.  (By grace you have been saved)”  Ephesians 2:5.   But now they were “dead” again, spiritually.  What happened to all those people who HAD been saved, but NOW were “dead”?  Their names were ERASED from the book of life!   Can you fall away once you’ve been saved?   You sure can!  Jesus “guarantees” that you can, in this verse.  He says your name will be ERASED!  Now, your name couldn’t be erased, unless it had already been written there, could it?  Our names get “added” to the book of life, at the same time that our spirits are “added” to the body of Christ.  And that time, is when we’re saved.  That time is AFTER, we’ve heard the word, and obeyed what the word tells us to do.  And if our names are “erased” from that book, it will be for one of two reasons.  Either we stopped DOING anything, or we DID what was contrary to God’s word.  And we DIDN’T repent.

But remember, you don’t have to do ANYTHING, to have your name erased.  Doing NOTHING, will guarantee that a person will be lost.  Doing nothing, will prevent you from being saved to begin with, and doing nothing after you become saved, will cause your name to be “erased” from the “book of life”.  Jesus said,  “Whoever is not with Me, is against Me.”   Mathew 12:30.   There’s no “middle ground”.  You can’t just do nothing.  If we do nothing, we’ve done contrary to God’s word.  God says in  James 4:17,   “Therefore to one who KNOWS to do good, and does NOT DO IT, to him it is sin.”  And unless you repent of that sin, (the sin of doing nothing) you’ll be lost.

Do you see why the false concept of simply “accepting Jesus in your heart” is a concept that will cause you to be lost?  That concept of sitting back and “accepting Jesus” relieves a person of doing anything.  But of course, that’s what makes it a “popular” concept in the first place,   because people WANT to be saved without 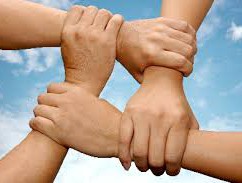 having to DO anything.  But we see when we read the bible, that doing nothing will condemn us.  There are things that we must do to BE saved, and there are things that we must do to REMAIN saved.  “Not everyone who says to Me, Lord, Lord, will enter the kingdom of heaven, but he who DOES the will of My Father, who is in heaven.”   Mathew 7:21   This principle is stated, and illustrated, over and over again in the bible.   “Work out your own salvation with fear and trembling”   Philippians 2:12.   “Therefore, let him who thinks he stands, take heed lest he fall!”   1 Corinthians 10:12.    “But he that shall endure to the end, the same shall be saved.”   Mathew 24:13.   “Working out your salvation, implies “doing”.  “Taking heed” implies “doing”.  And “Enduring” implies “doing”.

The concept of simply “accepting Jesus” is certainly very unbiblical.  And it’s also very “deadly”.   But the concept of “doing the will of God”, well, that’s not only “biblical”, but it’s the only concept that there is, that leads to “life”.   Of course there are always those who will say,  “That’s just YOUR interpretation of the bible”.   No, that’s not my “interpretation”.  Those words that we’ve been looking at are the very words of GOD!  They’re not subject to any “interpretation”.  They’re not “subject” to anything!   WE are the ones who are “subject”.  We are the ones who are in subjection to God’s word.  Like it or not, we are subject to obeying God’s words!   “The word that I have spoken, the same shall judge you in the last day!”   John 12:48 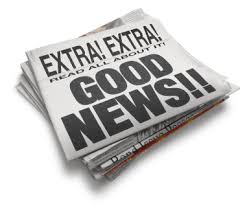 Does anything that’s on this page, need to interpreted?  Are not all these verses of scripture that I’ve pointed out, simply the word of God?   “Repent and believe the gospel”.  That sounds like some pretty sound advice doesn’t it?

The verse of scripture at the very top of this page says,  “You also, as living stones, are being built up as a spiritual house, for a holy priesthood, to offer up spiritual sacrifices, acceptable to God, through Jesus Christ.”   1 Peter 2:5.   Those “spiritual sacrifices” that we are to be offering up to God, are the things that we are told to DO in the bible, which is His word.   James the brother of Jesus, wrote in  James 1:22,  “But prove yourselves DOERS of the word, and not just hearers, who delude themselves.”

Jesus Christ is the head, and we are the members, each DOING the will of God, and being built up as a “spiritual house”.   You see, after God adds us to His “spiritual house”, we’re the ones who build ourselves up.  Acts 20:32  says,  “And now I commend you to God and to the word of His grace, which is able to build you up..”    But is His word going to build us up, just because it exists?  Of course not.  His word builds us up when we DO what it says.  What a simple structure, but what a wonderful structure!  God has done His work, now we do ours.

Until then, may God bless you in the study of His word.