This is a question for you, the reader.

How do you personally, view the bible?  Do you believe the bible is the 100%, inspired and inerrant word of God?   Or do you believe the bible was written simply by the efforts of man alone, and that the bible expresses the opinions and beliefs of man alone, and is therefore only as “good” as the men who wrote it?  Here’s another possible view;  Do you believe that the bible is a total hoax, perpetrated upon man, by other men, for whatever motives they might have had?  Do you possibly believe that the bible started out as the word of God, but over the centuries has been distorted, and changed, again and again, until we have no idea what part of it, if any, remains true?   Maybe your view is somewhat of a combination of some of the above ideas. 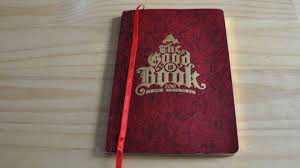 Some people have said that the bible is a “good” book, but it isn’t actually the word of God.   That view would put the bible in the category of a book, written by the efforts of man, and expressing the opinions and beliefs of man.  In which case that would make it no more valuable than any other book written by man.  Now there are many books written by man, that are highly cherished and even held up as a “standard” to direct our lives.   But you’d feel that way about a book, ONLY  if you happened to agree with what the book said.   That’s kind of where a lot of people are at with the bible.  They look upon it as a “good” book, but they don’t necessarily agree with everything it has to say.  And so people take bits and pieces of what the bible teaches, an idea here, and a principle there, and they leave the rest behind.

Of course there are many other people who do indeed view the bible as a total hoax.  I guess they think the authors threw in some “good” things, simply to make it believable.  But for all practical purposes, you may as well just throw it away.  And of course, if you think that it began as the word of God, but now has become so “polluted”, that it’s no longer reliable, then you may as well throw it away for that reason also.

Consider these claims, that the bible makes about itself..

“ALL scripture is inspired by God, and is profitable for teaching, for reproof, for correction, for training in righteousness, that the man of God may be complete, thoroughly furnished, for every good work.”                 2 Timothy 3:16-17.

“But know this first of all, that no scripture is of one’s own releasing, for no prophecy was ever made by the will of man, but men being carried by the Holy Spirit, spoke from God.”   2 Peter 1:20-21.

“He who rejects Me, and does not receive My sayings, has one who judges him;  The word that I spoke, the same shall judge him on the last day.”   John 12:48.

These verses of scripture make some pretty bold claims!  And we could go on, and on, with many more verses that make such bold claims of being the very word of God.  The word that will judge us and determine our eternal destiny,  and the word that we MUST obey and live by.

So, the point is, if all these statements are LIES, how “good” of a book can the bible be?  If all these things are lies, then the bible is not a “good” book at all!  As a matter of fact if that’s the case, the bible would be one of the most deceptive and untrustworthy books ever written!   And what’s more, someone should gather up all the copies of the bible that can be found, and burn them all, if all those statements are lies!

It’s kind of like our view of Jesus Himself.  Many people believe that Jesus was a “good” man.  Maybe even a prophet.  But He wasn’t the Son of God, He wasn’t “the Christ”.   Here’s some of the claims that Jesus Himself made..

Man tends to want to make things very easy on himself.  He wants to have the bible as a “good” book.  And he even wants it to be the “standard” in some things, but not in everything.  We have the tendency to want to “pick-and-choose”.   And that’s the way people want to view Jesus too.  They want to believe that He was a “good” man.  And that he had some “good” things to say, and even to emulate, but they don’t want Him to be their “LORD”.  You know what a “Lord” is don’t you?  A “Lord” is someone who you MUST obey!  He is someone who has complete “Lordship” over you.  You might say, he owns you!

And that’s the way man wants to view the bible.  most people want to take it for their guide and standard, and they even want to hold other people accountable to it, at least to the parts of the bible that they AGREE with.  But most people don’t want to accept the bible as the very word of God, that will actually “Judge us” in the last day, and that will save us!   People don’t want the responsibility to have to OBEY everything it says.  But I guess that’s simply the nature of man.   We want to be like Frank Sinatra, and say, “I did it my way”.

I know people who believe in heaven, but not in hell.  Both concepts originated from the bible, how can you accept one without the other?

The bible says you must believe to be saved.  And a lot of people believe in that.  But the bible also says, “Unless you repent, you shall all likewise perish!”   Luke 13:3 & 5.   But many say all you have to do is believe.  Many who accept believing as a requirement for salvation, don’t want to accept anything else, that the bible says is required.  The bible says,   “He who believes AND is baptized shall be saved.”   Mathew 28:18.  But again, many people don’t want to accept baptism as a requirement.  All three of these concepts, believing, repenting, and being baptized, all come from the same bible.  Is one of them true, and the others a lie?  How can you accept one without accepting the others?  It doesn’t make any sense, does it?   How do you accept heaven without accepting hell?  How can you accept one bible teaching, but not accept them all !   I didn’t know whether to use a question mark there, or an exclamation mark there.

We’ve all got a choice to make don’t we?  Obey or disobey.  Heaven or hell.  Man’s word or God’s word.  Accept or reject.  Let me quote  Joshua 24:15,  “And if it is disagreeable in your sight to serve the Lord, choose for yourselves today, whom you will serve..  But as for me and my house, we will serve the Lord.”   Famous words, from a faithful man of God.

I would absolutely love to hear your comments on this article.  Please leave your thoughts in the space provide below.  May God bless you in your study of His word.