Do All in the Name Of the Lord

You’ve no doubt heard the phrases, “in the name of the Lord”, and “in Jesus’ name”, and “in Christ’s name”, but what exactly do those words mean?  You’ve probably also heard of the practice of some people, to end all prayers with the words..  “In Jesus’ name, Amen”.  What does that mean?  Is that a required method of ending a proper prayer?

Let’s look at a verse familiar to many people.   Colossians 3:17  says,  “And whatever you do in word or deed, do all in the name of the Lord, giving thanks through Him, to God the Father.”

For instance;  Jesus said in  Mathew 28:19,  “Go therefore, and make disciples of all nations, baptizing them in the name, of the Father, and the Son, and the Holy Spirit, teaching them to observe ALL that I have commanded you; and lo, I am with you always, even to the end of the age.”  So we clearly have the authority to go anywhere and everywhere, preaching and teaching God’s word.  But we don’t have the authority to preach or teach anything contrary to God’s word, do we?

The apostle Paul wrote,  “But even though we or an angel from heaven, should preach to you a gospel, contrary to what you have received, let him be accursed!”   Galatians 1:8.    So that really covers both, what we do AND what we say.  The thing that we DO, is to go everywhere preaching and teaching His gospel, and the things we SAY, must be exactly what HE has said. 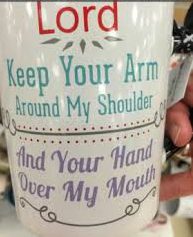 But here’s another couple verses about what we say.   James 3:8-12,  “But no one can tame the tongue, it is a restless evil, full of deadly poison.”  What we say, comes from our mouth and tongue, doesn’t it?   “With it, we bless our Lord and Father, and with it, we curse men, who have been made in the likeness of God.  From the same mouth, come blessing and cursing.  My brethren, these things ought not be so!  Does a fountain send out from the same opening, both fresh and bitter water?  Can a fig tree, my brethren, produce olives, or a vine produce figs?  Neither can salt water produce fresh.”

V-13,  Who among you is wise, and understanding?  Let him show, by his good behavior, his deeds, in the gentleness of wisdom.”   Your behavior, and your deeds, that’s what we DO.  But listen to the next verse.  Now James switches to, even what we think, and what we “feel”.

V-14,  “But if you have bitter jealousy, and selfish ambition in your heart, do not be arrogant, and so lie against the truth!”   We have NO authority to even feel things in our heart, that are contrary to God’s nature, and God’s will, and God’s word.   In other words, we had better be careful about even the thoughts of our hearts, lest we ACT upon them, and LIE against the truth.

Think back to  Mathew 28:18-19  if you would.   Jesus said,  “All authority has been given to Me, in heaven and on earth.  Therefore, Go, making disciples of all nations, baptizing them in the name of the Father, and the Son, and the Holy Spirit..”

Because of the fact that ALL authority has been given to Jesus, He is authorized to command us, to GO, and make disciples (a disciple is a follower),  And so..  “make followers from all nations, baptizing them..” (that’s how you make someone a disciple, a follower of Jesus, by baptizing them.  Without being baptized, you’re not a follower of Jesus.  You can’t follow Jesus, and BE a disciple, without following His example, and without following what He tells you to DO.  “..Make disciples of people from all nations, baptizing them, IN THE NAME of the Father, and the Son, and the Holy Spirit..” 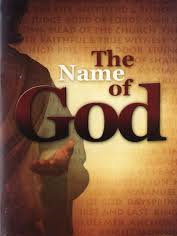 Well, the “name” is a shared “name”.  We are to BE baptized, and we are to baptize OTHERS, in the one “name” (singular form) of the Father, and the Son, and the Holy spirit.  They all share, in waht this “name” means.

What does that word “name” mean?   I’ll tell you what it doesn’t  mean..  It doesn’t mean the name “God”.  And it doesn’t mean the “proper name”, Jesus.   We’re not baptized in the “given name” of Jesus.  The name which simply identifies Him as being a different person from some other person.

That word “name”, can indeed be used as an identifying name of someone, like the name Joe, or Fred.  But that’s not how it’s being used here in this verse, and in every other verse that speaks of doing something “in the name of Jesus”.

Thayer’s Greek Lexicon gives a rather good explanation of how the word is used here.  Listen to what Thayer says..

“By a chiefly Hebraistic usage..  (that simply means that this is how the Hebrews typically used the word.  There’s another word called “Hebraic”, and it means..  “relating to, and characteristic of the Hebrews and their language”)  So, “by a chiefly Hebraistic usage, the word “name” is used..  “for everything covered by a particular name.  Every “thought or feeling”, that the name arouses in our minds, when the name is mentioned, or heard, or remembered”.   So, when I say; “the name of Jesus”;  What thoughts and feelings come into your mind?

Now, those are the words of Joseph Henry Thayer, commonly thought of as being one of the foremost, if not THE foremost Greek language scholar of the past 200 years.

Back to  Colossians 3:17..  “And whatever you do in word or deed, do ALL by the authority of the Lord Jesus, giving thanks through Him, to God the Father.”   We follow Jesus because of the “Authority of God”.

And we follow Him because of His commands.  Jesus says, in  John 14:15,  “If you love Me, you will keep my commandments.”   If we don’t keep His commandments, it’s because we don’t love Him.

We are to  “..GO, and make followers of all nations, by baptizing them in the name of the Father, and the Son, and the Holy Spirit, teaching them to observe ALL that I COMMANDED you..”  Jesus can command us, because he has ALL rank and all authority.

“In Jesus’ name we pray” 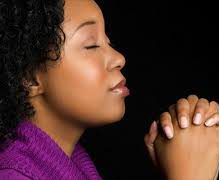 Most Christians who are truly trying to follow the bible, always try to either preface their prayers, or end their prayers by saying, “in Christ’s name, we pray”,  Or “in Jesus’ name, Amen”.  The bible clearly tells us that “whatever we do in word or deed, do ALL in the name of the Lord”.  So, does that mean that our prayers are not proper, and are not acceptable to God, if we don’t use the words, “in Jesus’ name”?   What does it mean, to pray in Jesus’ name?  The scripture says,   “..Giving thanks through Him (Jesus) to God the Father.”

Remember, to do something in Christ’s name, is to do something by His authority.  So, let’s think of the things that we have the authority to pray for.  When His disciples asked Jesus to teach them how to pray, in Luke 11:1-4,  Jesus told them to pray for the kingdom.  They prayed, “Thy kingdom to come”,  but since it HAS come, almost 2,000 years ago, we can’t pray for it to come, but we can still pray for it to keep growing,  and for those who are IN the kingdom to be strong and faithful.

And Jesus told them to pray for our “daily bread”.  So we have the authority to pray for daily provisions.  Not for a years worth of goods all at once, but for our “daily bread”.  In other words, trust God every day, to provide for you.  Just like God taught the Israelites to trust Him, when He gave them manna from heaven every day.  But He didn’t give them any extra, except for the day before the Sabbath.

And Jesus gives us the authority to pray for the forgiveness of our sins.  “Forgive us our sins, as we forgive those who have sinned against us.”   Luke 11:4.   God is striking “a deal” with us here.  IF we forgive others, then He will forgive us.  But He says to pray for that forgiveness.

So this gives us an opportunity to think about what God DOESN’T give us the authority to pray for.  If we won’t forgive others, we do NOT have any authority from God, to pray for our own forgiveness. 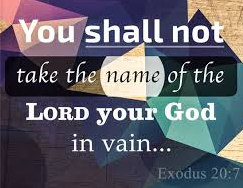 Again, the point is not that we SAY the words, but that we have the authority from God, for WHAT we say, and for what we do, and even for what we think.

Here’s a fact that Jesus tells us..  “Not everyone who says to Me Lord, Lord, will enter the kingdom of heaven; but he who DOES the will of My Father who is in heaven.  Many will say to me on that day;  Lord, Lord, did we not prophesy “in your name”?  And “in your name” cast out demons, and “in your name” perform many miracles?”

Is it a “good thing”, and a “good idea”,  to say the words “in Jesus name” when we pray?  I think it is.  If we say those words, even in silence to ourselves, then we remind ourselves every time we pray, that our prayers MUST be by His authority, and according to His word.  It’s just like everything else we do in our lives..  It must ALL be by His authority, not our own.  We HAVE no other authority, other than what His word gives us.  That’s our authority, the bible, the word of God.  No more, and no less.

If you’re not a Christian, then you have the authority and the command to hear the word, and to believe the word.  Romans 10:17  tells us that  “Faith comes by hearing, and hearing by the word of God.”

You also have the authority and the command, to repent of your sins.  Acts 17:30 says,  “God is now declaring, that all men everywhere should repent.”   “Repent or perish”,  Jesus said in  Luke 13:3.

And if you will do these things, and if you will remain faithful unto death, then you WILL be saved eternally.   Mathew 24:13  tells us,  “But the one who endures to the end, he shall be saved”.

But you can’t receive God’s help, and you can’t endure to the end, if you never get started.  You can get started today.   “The Spirit and the Bride say come”.