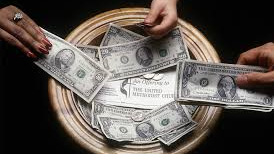 A question that has divided the church, is that of how we are authorized to use the money collected, through the weekly contribution.  The premier verse of scripture that we generally go to, for our authorization to have a weekly contribution, is  1 Cor 16:1-2.  Here’s the verse..

“Moreover, concerning the collection which is for the saints, as I have directed the congregations of Galatia, so also are you to do.  Every first day of the week, let each one of you put by himself (or put aside), storing up as he’s been prospered, that no collections be made when I come.”

The division that has occurred concerning this, is that some brethren, and consequently, some congregations, believe that the money collected can ONLY be used for helping other Christians, and CANNOT be used for helping non-Christians.   This congregation, along with many others, has typically believed that we are indeed authorized to use this money to help anyone who is in need of help, Christian OR non-Christian.

This is a subject that we need to know God’s will on, because it’s a REAL, and  PRESENT source of conflict.  Many people who hold differing opinions on this subject, don’t even feel that they can worship together because of this difference.   So you can see, that this is a serious issue.

This isn’t just a difference of opinion, like what time should we meet for worship, or how many songs should we sing.  This is a difference in the interpretation of the bible, concerning what God has commanded us to do, and not to do.  So how do we know what’s right?  One of these interpretations is right, and one is wrong!  Don’t we NEED to know if our beliefs are wrong, so that we can correct them if they’re wrong?

It’s easy to say;   I’m right and they’re wrong.  But what makes us right?  Where are the scriptures that authorize our beliefs?

Let’s go back to  1 Cor 16:1.   That verse says,  “..concerning the collection, which is FOR the saints..”   That’s a key phrase for those who advocate NO help for non-Christians.  They say, that individual Christians have the personal obligation, to help non-Christians, but the congregation cannot use the money given to God, through the weekly offering, to give to non-Christians.

So that’s pretty clear, isn’t it?  The belief is, that we as individual Christians, are obligated to use our money to help non-Christians, but the money that has already been given to God, the money that is now in the church treasury, so to speak, is forbidden to be used for that purpose.

There does seem to be a difference between our money, and God’s money.  For instance, in the case of Ananias and Sapphira, who sold some property and then lied about how much money they received from that sale, and then indicated, they were giving it all to the church;  It says in  Acts 5:4,   “While it remained (that is, the property) did it not remain your own?  And after it was sold, was it not under your control (that is, the money)?   Why is it that you have conceived this deed in your heart ?  You have not lied to men, but to God!” 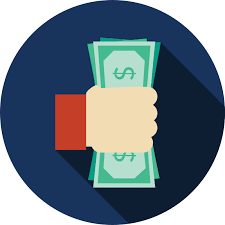 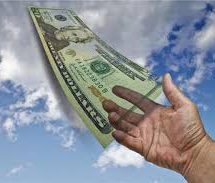 admit, that once we give it to God, it’s then under the control of those appointed to handle such matters.  In the case of Ananias and Sapphira, the apostles had that control.  In our case, the elders of the congregation make those decisions, (and if there are no elders, then the men of the congregation must take up that responsibility) while considering the input of everyone, on how the money is used.  But it’s now God’s money, and it’s not under our personal control any more.  Those who lead in the congregation now have that control, and that control is to be exercised according to the instruction left to us by the Lord Himself.

Now let’s focus again on that phrase,  “..the collection, which is FOR the saints..”   I’m going to describe an interpretation that I had never heard before, until a couple months ago.  I was talking to a friend about this subject, and while we agree that the money can be used for non-Christians as well as Christians..   Listen to this odd interpretation that he had..

Is that clear to everyone?  Do you see the difference being spoken of?   Now the problem with that interpretation is, that the original Greek words, do not support, or even allow, for that interpretation.   I won’t get into the details of the meaning of the word translated “For”, as in “for the saints”, but I will tell you that Thayer’s Greek Lexicon, for instance, has quite a long list of usages of that word in the bible;  paragraph after paragraph, after paragraph, and the word NEVER conveys that meaning.  It ALWAYS conveys the meaning of “purpose”.   Such as, “the purpose” of the money collected, was FOR the saints.

And the CONTEXT of these verses, also demands the same interpretation;  That the money was for the PURPOSE, of helping the saints. 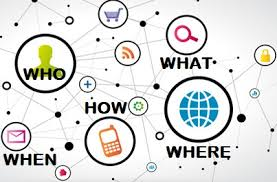 Now listen to  V’s 3-4..  “And when I arrive, whomever you may approve, I shall send them, with letters, to carry your gift to Jerusalem, and if it is fitting for me to go also, they will go with me.”

So once again,  “Concerning the collection which is FOR the saints (it was for the needy saints in Jerusalem), as I have directed the churches of Galatia, so also are you to do.  You see how ALL the congregations were to follow the same pattern, in giving their money, and storing it up.   “Every first day of the week, let each of you, put by himself, treasuring up (or storing up) as you have been prospered, so that there be no collections when I come.”

The giving of monetary aid to the Christians in Jerusalem was a prominent topic for Paul, as he spoke to the various churches.  The first time we read about it, is in  Acts 11:27-30.    It says there,  “Now at this time some prophets came down from Jerusalem to Antioch.  And one of them named Agabus, stood up and began to indicate by the Holy Spirit, that there most certainly would be a great famine throughout all the inhabited world.  And this took place in the reign of Claudius.  And in proportion that any of the disciples had means, each of them determined to send a contribution for the relief of the brethren living in Judea.  And this they did, sending it through the hand of Barnabas and Saul, to the elders.”

And Paul makes mention of this work, several times in the scriptures.  And that is exactly what he’s speaking of in  1 Cor 16:1-2.

And so we can see that this scripture, is not a “stand alone” scripture, that teaches us everything we need to know about giving.  But it does serve as an example, and a precedent, or and guideline, that we can follow in OUR giving today.

Also those who try to teach, that this specific scripture  (1 Cor 16:1-2)  “limits” our use of church funds to helping ONLY Christians, fail to see the impossibility of following the details of this example.

Here’s what I mean by “the details”.  The scripture doesn’t end, when it tells us that the collection was “for the saints”.   But it goes on to say that when Paul arrived, he would send it to the saints in Jerusalem, who it was collected for in the first place.  So then if you were to take this as a literal “rule” for our giving today, not only would you be restricted to using the money for the saints, but you’d also be restricted in using it only, for saints IN Jerusalem!

If there were NO other examples, or commands, in the bible related to giving, then this verse would be very limiting.  But there ARE other things written about our giving, and we’ll look at those things next week.

I also want to show you the various other arguments proposed by those who belief that it’s wrong to use the Lord’s money for non-Christians.

Reasoning with the Word

I’d like to do some reasoning with you on this subject, based on several bible verses.  Please consider these scriptures..

Mat 5:45  says,  “For He causes His sun to shine on the evil and the good, and sends rain on the righteous and the unrighteous.”   God blesses everyone the same, in this respect.

Mat 9:35-36  says,  “And Jesus was going about all the cities and the villages, teaching in their synagogues, and proclaiming the gospel of the kingdom, and healing every kind of disease, and every kind of sickness.  And seeing the multitudes, He felt compassion for them because they were distressed and downcast, like sheep without a shepherd.”

Was each and every person in the multitudes, a righteous person, or where some unrighteous.  How many of the people, when all was said and done, followed Jesus, and OBEYED His commandments?  Not many.  But yet Jesus had compassion on them all!  He preached the gospel of the kingdom to them all!  And he healed every kind of sickness and disease, for no doubt, the righteous, and the unrighteous.  And He did it because He loved them all!

1 John 2:1  says,  “And He Himself is the propitiation for our sins, and not for ours only, but for the sins of the whole world.”   For everyone!

Rom 5:6  says,  “For while we were still helpless, at the right time, Christ died for the ungodly!”

After telling the parable of the “good Samaritan”,  in  Luke 10:30-37,  Jesus asked His listeners;  “Which of these three, do you think proved to be a neighbor to the one who fell into the robber’s hands?  And they said to Him;  The one who showed mercy toward him.  And Jesus said to them;  Go and do likewise.”

So, let me summarize..

God sends the sun and rain, upon ALL men.

Jesus had compassion on ALL men.  Jesus died for ALL men.

We prove ourselves to be neighbors to ALL men, when we show mercy to ALL men..

As we have opportunity, we are to do good to ALL men.

Now let me ask this question..

Is it consistent with the bible..  And is it at all reasonable..  That the God who LOVES everyone, who DIED for everyone, who shed His BLOOD for everyone, who commands US to love everyone, and to be a NEIGHBOR to everyone..   Is it at all reasonable, that this God, would call us out of the world, to be members of His body, so that we could do HIS work..  and then tell us, that as individuals, we are commanded to help ALL the people of the world, but that when we act together as a united body of believers, members of HIS church, doing HIS work..  that we had better not use any of HIS money, to help the people of this world!   I’ll give them My blood, but don’t you give them My money!

Eph 1:3  says,  “God has blessed us with every spiritual blessings, in Christ”.   But God never said His money was to be used, ONLY in Christ.

May God bless YOU in the study of His word, and in YOUR reasoning with HIS word.

As always, I urge you to leave your questions and comments in the space provided below.

This article has 5 Comments