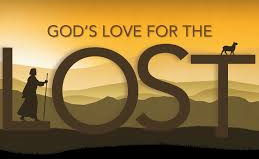 There’s a story in  Luke 15:4-7,  telling of a man who had 100 sheep, but had lost one of them.  And he searched and searched until he found it.  And when he found it, he gathered his friends and neighbors together and said;  “Rejoice with me, for I have found my sheep which was lost.”   V-6

Then  V’s 8-10  tell of a woman who had ten silver coins, but she lost one of them.  And she searched, and searched until she found it.  And when she found it, she called her friends and neighbors together and said;  “Rejoice with me, for I have found the coin which I had lost.”   V-9

In  V’s 11-32,  we have a story of a father who had two sons, but through no fault of his own, he lost one of them.  One of those sons went out on his own accord, and through his own neglect, he became lost.  But the story tells how he eventually “found himself”, so to speak.  And the father said in  V-24,  “For this son of mine was dead, and has come to life again;  He was lost, but now is found.  And they began to make merry.”

Luke 15:7  tells us;  “I tell you that in the same way, there will be more joy in heaven over one sinner who repents, than over ninety-nine righteous persons who need no repentance.”       It’s not that the ninety-nine righteous persons aren’t just as important.   But the righteous are already saved.  And there was just as much joy in heaven when each one of them was saved, because you know as well as I do, that at one point, they were all lost too.  And so each and every time someone is saved, the joy in heaven is renewed!

In  Luke chapter 2, verses 41-52  there’s another story.  And this story is about the lost Jesus.  And I can guarantee you, there’s joy in heaven, every time someone finds Jesus! 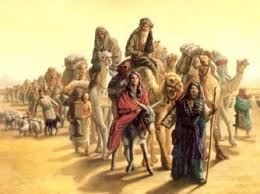 “And His parents used to go to Jerusalem every year at the Feast of the Passover.  And when He became twelve, they went up according to the custom of the Feast.  And as they were returning, after spending the full number of days, the boy Jesus, stayed behind in Jerusalem.  And His parents were unaware of it, but supposed Him to be in the caravan.”

“And they went a day’s journey, and they began looking for Him among their relatives and acquaintances.  And when they did not find Him, they returned to Jerusalem looking for Him.  And it came about, that after three days, they found Him in the temple, sitting in the midst of the teachers, both listening to them, and asking them questions.”

“And all who heard Him were amazed at His understanding, and His answers.  And when they saw Him, they were astonished, and His mother said to Him;  Son, why have you treated us this way?  Behold, Your father and I have been anxiously looking for you.”

And He said to them;  Why is it that you were looking for Me?  Did you not know that I had to be about the things of My Father?  And they did not understand the statement which He had made to them.”

“And He went down with them, and came to Nazareth.  And He continued in subjection to them, and His mother treasured all these words in her heart.  And Jesus kept increasing in wisdom and stature, and in favor with God and men.”

How do you think Jesus’ parents felt while He was lost?  They had travelled about a full day, before they noticed He was missing.  And then they had to travel another day back to Jerusalem.  And then they spent two more days looking for Him IN Jerusalem.  The temple should have been the first place they looked, but instead, it was the last place.  Shouldn’t they have known where to look?

Do You Know Where to Find Jesus ?

Even Jesus Himself said to His parents,  “Why is it that you were looking for Me?”  When Jesus asked why were you looking for Me, what He was really asking was;  “Why didn’t you KNOW where to look in the first place?”    “You should have known where I would be.” 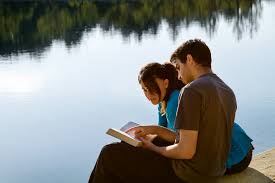 If you were going to look for Jesus today, where would be the first place you should look?  Should you look in the Book of Mormon?  What about the Baptist Handbook?  How about “Catechisms of the Catholic Faith”?   I’m telling you today, without any doubt at all, that you’re not going to find Jesus in any of those books, or in a thousand other books just like them, written by man!  There’s only one place that you’re going to find Jesus, and that’s in HIS book, the bible!

Why don’t people automatically understand, that if you want to find Jesus, you don’t go looking in a man’s book, you look in GOD”S book!

Luke tells us, that when Jesus’ parents realized He was “lost”,   “..they began looking for him among their relatives and acquaintances.”   Luke 2:44

They were evidently travelling with a fairly large group of people.  There was the immediate family, then other family relatives, and then there were the acquaintances.  And Mary and Joseph just assumed that Jesus was somewhere among this group.

Where Two or Three are Gathered..

Jesus said in  Mathew 18:20,  “For where two or three are gathered together IN MY NAME, there I am in their midst.”   Unfortunately, that is one of the most misused scriptures in the bible.  So many people think that as long as two or three of them decide among themselves to do something, that they can just say the words, “In Jesus name”, and Jesus is magically with them.  But, it doesn’t work that way.

The way it DOES work though, is that we must have the AUTHORITY from Jesus, to do the things that we do, if we want to know that He’s there with us.  Without His authority, He’s simply not there!   “Where two or three are gathered IN MY NAME, there I am in their midst.”   “In My name”..  “By My authority!”  And without having been given the authority of Jesus, for what you do, “you’re on your own”!

It’s like Jesus said in  Mathew 28:18,  “All authority has been given to Me, in heaven and on earth.”  If Jesus gives us the authority to do something, then we know He’s there with us when we do it.

Let’s consider a couple of examples;  Here we are, assembled on the first day of the week, to worship God.  Is Jesus among us?  It depends.  It depends on HOW we are worshipping.  Are we worshipping as Jesus has authorized us to worship?  There is authorized worship, and there is UN-authorized worship.  There is acceptable worship, and there is UN-acceptable worship.  A lot of people won’t believe me when I say that.  A lot of people believe that whatever you do, in an attempt to worship God is authorized and acceptable to God.

But would you believe JESUS if He told you that wasn’t true?  Here’s what Jesus said, in  Mathew 15, verse 9;  “And in vain they worship Me, teaching as doctrines the precepts of men.”  Well there you have it right there;  When it comes to worshipping God, the precepts of men are vain!  They are not authorized, and consequently they are not acceptable;  They are VAIN!

I think I told you some time back, about a group of people who called themselves, a “supper church”.  And they decided that they would worship God, by coming together, and cooking a meal, and then eating their supper together.  That’s not worshiping God, that’s worshiping yourself and your belly!  And I guarantee you that Jesus is NOT present in that assembly.

Now, we get together for pot luck meals don’t we?  Do we have any authority from God to do that?  Sure we do.  For example, here’s what we’re told about the very first Christians, shortly after the kingdom was established, on the day of Pentecost.  Acts 2, verse 46  says;  “..and breaking bread from house to house, did eat their meat with gladness and sincerity of heart..”  Was the Lord with those people?  Is the Lord with us when we take our meals together?  Of course He is.  We’re authorized to do so.  But do we do that as a means of worshipping God?  Of course not!   We worship the way the scriptures tell us to worship.  Not according to our own “precepts”.

It’s sad, but so many people seem to have “lost” Jesus.  And you simply won’t find Him, in any of those assemblies.

Where should we look for Jesus ?

So if you’re looking for Jesus, where do you have to look?  When the parents of Jesus went looking for Him, they had to go back to Jerusalem.  Because Jesus had never left Jerusalem.  And it’s kind of the same for us today.  We all have to go to Jerusalem, so to speak. 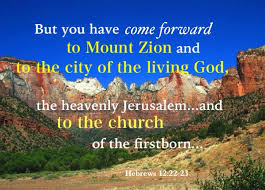 Listen to  Revelation 21:2-3..  “And I saw the holy city, new Jerusalem, coming down out of heaven from God, made ready as a bride adorned for her husband.  And I heard a loud voice from the throne saying;  Behold, the tabernacle of God is among men!  And He shall dwell among them, and they shall be His people, and God Himself shall be among them!”

The holy city, the new Jerusalem, is the bride of Christ.  It’s the tabernacle of God.  And that tabernacle is among men, and that’s where Jesus is today.

1 Tim 3:15  says it’s  “..the household of God, which is the church of the living God, the pillar and support of the truth!”  If you want to find Jesus, you’ve got to go back to Jerusalem!

The parents of Jesus, “supposed that He was among them”.   But they had lost Him!  How many people today “assume” that Jesus is among them, but in reality, they’ve lost Him?   Jesus hasn’t gone anywhere, He’s where He’s always been.  It’s the people who have left.  They’ve left the word of Christ, and His authority, and they’ve left Jerusalem without Him.

Here’s what Jesus tells us to DO, to be a part of His kingdom, the new Jerusalem..

He says, Be Baptized for the forgiveness of your sins..  “He who believes AND is baptized, shall be saved..”   Mark 16:16

May God bless you in the study of His word, and in your journey back to Jerusalem.