How willing are you to study the bible?  Not just to read the bible, but to study it?  I know how encouraging it can be to just pick up the bible and to read God’s word.  But how willing are you to really sit down and study?   God wants us all to be willing to go beyond what  1 Peter 2:2  calls,  “the milk of the word”.

Paul wrote to the Corinthians, and said..  “I gave you milk to drink, not solid food, for you were not yet able to receive it.  Indeed, even now, you are not yet able.”   1 Cor 3:2

Here’s WHY he said they weren’t able to receive it.   V-3  says,  “For you are still fleshly!  For since there is jealousy and strife among you, are you not fleshly?  And are you not walking like mere men?

We all need to move beyond the problems that plague us, when we allow things like pride and stubbornness, and  jealousy, and self-sufficiency, and other fleshly stumbling blocks, to influence our lives, and to restrict our spiritual growth.

The writer of Hebrews admonishes all of us with these words..  “For because of the time, you ought to be teachers, you have need again for someone to teach you, the elementary principles of the oracles of God, and you have come to need milk and not solid food.  For everyone who partakes of milk, is not accustomed to the word of righteousness, for he is a babe.  But solid food is for the mature, who because of practice, have their senses trained to discern good and evil.”   Hebrews 5:12-14.

In  2 Peter 3:16,  the apostle Peter, talks about some of the things Paul had written in his letters, and he says..  “..in which are some things hard to understand, which the untaught and unstable, distort, as they do the rest of the scriptures, to their own destruction.

If we let jealousy, and strife, and pride, and stubbornness, and envy, and arrogance, and self-sufficiency, control our minds, then God is not going to OPEN our minds to understand His word. 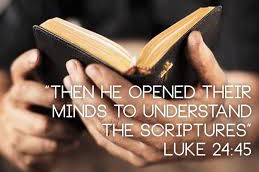 Luke 24:45  says,  “Then He opened their mind, to understand the scriptures.”  But you know, it’s really US, who open our own minds to understanding.  We open our own minds through our willingness to understand, and to learn, and to believe exactly what the scriptures say.  We open our minds, through a love of the truth.  You know what Paul wrote in  2 Thess 2:10-11.   He said,  “..because they did not receive a love of the truth so as to be saved;  For this reason God will send them a strong delusion, that they might believe what is false.”  Or some versions say,  “that they might believe a lie!”

God has “fore-ordained” certain things.  He has “predestined” that some things should be a certain way.  And one of those things that He has “predestined” is that if we do not have a true love and desire, for knowing the truth. then we will believe a lie!  And we will remain “untaught and unstable”.  But if we DO have a true “love of the truth”,  then He will, because of our willingness,  “open our minds”. 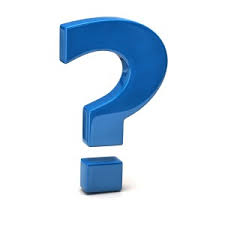 I think you probably already realize, that a lot of people believe things, and practice things, simply because someone else, that they trust, has told them that it’s right.  The subject of baptism would be a good example.  There are no doubt, many people who have been baptized, simply because a friend, or a family member was baptized, and then told them that THEY should be baptized..  And in a way, it’s always good to do the right thing, BUT..  How valid is someone’s baptism, if the only reason they’re baptized, is because someone told them, that it’s the right thing to do?  Don’t we need to know WHY it’s the right thing to do?  If we’re not baptized FOR the purpose of having our sins forgiven, will they BE forgiven?   The answer is NO, isn’t it?   They won’t be forgiven if we don’t know WHY we’re being baptized.  Our sins aren’t forgiven simply because we got wet.  If that were the case, we could just stand out in the rain.

And, if we’re baptized BEFORE we repent of our sins, are those sins forgiven?  Again, the answer is NO.  You can’t be forgiven of a sin that you’ve never repented of, no matter how many times you’re baptized!

I’d like to encourage you to pick a subject, that we need to have a proper understanding of, and see what the bible actually says about that subject, so that you can ACT according to what the bible says.  I want to encourage you to even look at subjects that Christians have differing views on, and to examine all sides to the question, so that you know exactly WHY, you believe what you believe, and practice what you do.

And I want us all to listen to what the bible says, and then use our ability to reason, in order to come to a conclusion.  That is a scriptural approach!  That’s why the bible uses the word “therefore” so many times.

The bible says,  “Come now, let us reason together”, only once;  But it says, “therefore” 502 times in the new testament!  Sometimes the word is translated, “so then”, or “and so”, but the meaning is always the same.  We read the facts, and come to a reasonable conclusion, based on those facts.

There’s a word study for Greek words, that I go to a lot of times.  And concerning the word “therefore”, it says..  figuratively speaking,  “here’s how the dots connect”.  That’s reasoning, isn’t it?

You go from here, to hear, and to there, and you arrive at your conclusion.   You “connect the dots”.

There is not even one subject, that’s taught in the bible, that we should NOT  study.  If God saw the need to include it in His word, then we have the obligation to God, to KNOW all that He reveals, about that subject.

If we weren’t expected to know it, God would not have included it.  And if there’s a particular subject that you would like to hear the bible’s words on, I wish you would let me know, and I’ll look up everything that the bible says about it, and I’ll present the various viewpoints of interpretation, and weigh the validity of those viewpoints, and “prayerfully”, we can arrive at a conclusion. 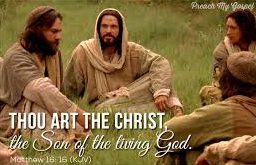 For example;  How much evidence has God given us, to prove the fact that Jesus is the Christ, the Son of the living God?  He’s given plenty of evidence!  And given that evidence, the unavoidable conclusion is that Jesus IS the Christ.  And therefore, God demands that we believe that conclusion.

“Now I exhort you brethren, by the name of our Lord Jesus Christ, that you all agree, and there be no divisions among you.  But you be made complete in the same mind and in the same judgment.”   1 Cor 1:10

But here’s the problem..  Who came up with “hermeneutics”, and with “the rules of hermeneutics”?   Men did, that’s who.  So then, which man do you listen to, as far as governing our interpretation of the scriptures?   Whose idea of hermeneutics do we listen to?

I recently had a Christian tell me, that the FIRST rule of hermeneutics is, that we MUST take a passage of scripture literally, unless the scriptures tell us in advance that it’s figurative.  Can you imagine what a fiasco that would be?  The bible never tells us that a figurative statement is coming.

Let me use a particular verse as an example.   Deut 32:18  says,  “You neglected the Rock that begat you..”   Well, God didn’t tell us in advance to take that figuratively so I guess the Israelites must have evolved from a rock.   So you see how ridiculous that “first rule” would be.

I know however, that the person who thought he was repeating, “the first rule of hermeneutics”, was misquoting what he’d been taught.

The “rule” is most commonly stated this way..  “We must take a scripture literally, unless we can PROVE that it’s figurative”.   That’s quite different, isn’t it?

How are you going to PROVE that a scripture is figurative?  Well, wouldn’t you have to go to other scriptures that deal with the same subject matter, and see what they say, and see if they differ in their teaching, from the scripture in question?

Therefore, here’s how I would state this principle of hermeneutics..  “We should take a scripture literally, unless a literal interpretation CONTRADICTS other clearly stated scriptures”

So then, related to all this, here’s GOD’S first rule of hermeneutics..  “Come now, let us reason together says the Lord.”  Isaiah 1:18    Sound reasoning will tell us whether a scripture should be taken literally, or figuratively, based on whether a literal interpretation, contradicts other clearly stated bible facts.

In the case of the Rock who begat Israel, simple common sense is all that takes.  But we can also look at the scriptures that teach that the rock is a symbol for Christ, and that Christ is God, and so then we know that God, through Christ, is the one who begat Israel.  Not a literal rock.

“Study to show thyself approved unto God, a workman who needs not to be ashamed, rightly dividing the word of truth.”   2 Tim 2:15    “Handling accurately” God’s word.  If God has given us the mental capacity to do that, then that’s what we are obligated to God, to do.

I truly hope that you’ll be encouraged to study the bible, and learn all that God would have us know.

Your questions or comments would be truly appreciated.  Please leave your response in the area provided below.  Thanks so much.