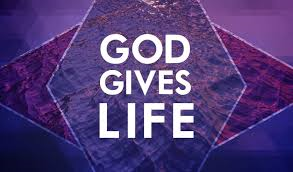 We’re told in  Hebrews 6:1;  “..Press on to maturity, not laying again a foundation of repentance from dead works.”   “Dead works”, are works that are useless and vain.  All the things that we do in respect to fulfilling our fleshly lusts are “dead works”.

Now, consider everything that’s been said;  The result of the mind being set on the flesh is “death”.  The result of sowing to the flesh, is death (or, “corruption” as the scripture says).  The flesh is in opposition to the Spirit.  The Spirit gives life, but the flesh brings death.  Even the works, or “deeds” that we do, which are focused on the flesh, are “dead works”.

Our bodies are flesh, aren’t they?  Couldn’t you rightfully conclude, that when our body is used for “dead works”, and when it’s used for “sowing to the flesh”, and for fulfilling the “lusts of the flesh”, that for all practical purpose, our bodies are virtually “dead”, even while we live?   The bible itself draws that very conclusion..

1 Timothy 5:6  says;  “But she who gives herself to wanton pleasure, is dead even while she lives.”

The meaning of that verse, is that even though a person’s body may be alive, their spirit is dead, because of the sin that they’re involved in.  Now I want you to listen to a verse that turns that idea around.  Listen to  Romans 8:10;  “And if Christ is in you, though the body is dead because of sin, yet the spirit is alive because of righteousness.”

Do you see how those verses say exactly the opposite of one another?  1 Timothy 5:6  can be taken quite literally.  While a person walks in “wanton pleasure”, their body remains alive, but their spirit is “dead”, because it’s separated from God.

But  Romans 8:10,  can’t be taken quite so literally.  Listen again;  “And if Christ is in you, though the body is dead because of sin, yet the spirit is alive because of righteousness.”   This verse is talking about the “Spirit of Christ” being in you.  When we’re in Christ, His Spirit is in us.  So then, if the “Spirit of Christ” is living in us, our spirit is alive, right?  Because we’ve been “born again”, and God has made our spirits alive.  Our spirits are quite literally “alive”.  But our bodies are not literally dead, are they?   So then that part MUST be taken figuratively, right?  We have no other choice but to understand that figuratively, because our bodies are obviously alive right now!  But the scripture says “the body is dead”.

But isn’t it easy to see the figurative meaning there, that the body is “dead because of sin”.  As a matter of fact, we’re told that when we are baptized, that our “body of sin” is being “buried”.   Romans 6:4  says;  “We have been buried with Him, through baptism, into death.”   Verse 6  says;  “Knowing this, that our old self was crucified with Him, that our body of sin might be done away with..”

So then figuratively speaking, this body has died!  Therefore, we see the meaning of  Romans 8, verse 10,  when it says;  “And if Christ is in you, though the body is dead because of sin, yet the spirit is alive because of righteousness.”

Are we all on the same page here so far?  If we are all in agreement, then let me move on to the next verse,  Romans 8, verse 11.  Here’s what it says;  “But if the Spirit of Him who raised Jesus from the dead, dwells in you, He who raised Christ Jesus from the dead, will also give LIFE to your mortal body because of the spirit dwelling in you.”

While we live our Christian life, with the spirit of Christ living in us, our mortal bodies are already alive!  How can you literally give life to something that already has life?  The answer is;  God figuratively gives “life” to our mortal bodies, by raising us out of baptism, to “walk in newness of life”.  In exactly the same way that our bodies are “dead” because of sin, they are also made “alive” because of righteousness.

You can see then, that  Romans 8:11  has nothing to do with the resurrection at the day of judgment, but that it has everything to do with how we are “alive” both in body and spirit, as we are led by the Spirit of God, and not by the flesh.

May God bless you in your study of His word, and in your journey toward eternity.