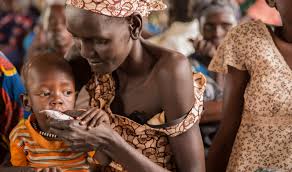 Why Does God Allow Bad Things To Happen?

There’s a lot of explanations about how our suffering makes us to be like Christ, and how suffering can actually bring us closer to God.  And there’s truth to both of those things.  But if I had to answer that question in just one short statement.  This is what I’d say;  It’s not about this life.  Let me say it again;  It’s not about this life.  It’s about the next life.  This life is but a vapor, “YOU are but a vapor, the bible says, which appears for a little while, and then vanishes away.”   James 4:14

Some of you are at that time in your life when you’re flourishing.  You’re like the green grass and the flower of the field.  Some of you are in your prime, you might say.  And then some of us have had a lot of wind pass over us.  And some of you haven’t even reached your prime yet, but you will, hopefully.  And I say “hopefully”, because there’s no guarantee is there?  Though you probably will live many more days, there’s no guarantee you’ll see tomorrow.

1  Chronicles 29:15  says;  “For we are strangers before Thee, and sojourners, as were all our fathers.  Our days on the earth are as a shadow.  There is none abiding.”  We’re not going to abide here, and neither is anything that we accomplish.

Listen to what Solomon said, in  Ecclesiastes chapter 1, verse 14;  “I have seen all the works which have been done under the sun, and behold, all is vanity and striving after wind.”  He said in  chapter 3, verse 15;  “That which is, has been already.  And that which will be, has already been..”   There’s nothing unique in this life,  Nothing new, nothing valuable.  It’s not about this life.

That’s why it says in  Ecclesiastes 4:4;  “I have seen that every labor, and every skill which is done, is rivalry between a man and his neighbor,  This too is vanity and striving after wind.”

You know, the first three verse really put this life in perspective.  Solomon said;  “Then I looked again, at all the acts of oppression which were being done under the sun.  And behold, the tears of the oppressed, and they had no one to comfort them.  And on the side of the oppressors was power, but they had no one to comfort them.  So I congratulated the dead who are already dead, more than the living who are still alive.  But better than both of them, is the one who has never existed, who has never seen the evil activity that is done under the sun.”

That’s actually a pretty sad commentary about this life.  One oppresses, and the other is oppressed, and there’s no benefit for either one in this life.

Chapter 5, verses 10 & 11  say;  “He who loves money, will not be satisfied with money.  Nor he who loves abundance, with income.  This too is vanity.  When good things increase, those who consume them increase.  So what is the advantage to their owners, except to look upon?”

And  chapter 6, verse 7,  simply says;  “All man’s labor is for his mouth, and yet his soul is not filled.”  In other words, the work that we’re so busy doing, is to satisfy our physical needs, and our spirit remains unsatisfied.  You labor, and you labor, so that you can have things, and you work so that you can have fun;  But your soul isn’t filled.  And it won’t be, because it’s not about this life.  Why is it so hard to understand that?  Why do we spend so much time chasing after what doesn’t matter.

Have you ever worked for a long time, saving up for a vacation?  And then you take your vacation, and then it always seems like before you know it, it’s over, and it’s gone.  It was fun while it lasted, but then it’s over so quickly.  And when the fun is over, does it even matter that it happened?  We all like to go out and have fun.  There’s nothing wrong with that, it’s “fun”.  But does it matter?

Solomon wrote, in  Ecclesiastes 2, verses 1 & 2;  “I said to myself;  Come now, I will test you with pleasure, so enjoy yourself.  And behold, it too was futility.  I said of laughter, It is madness.  And of pleasure, What does it accomplish?”

What about suffering?  When suffering is over, does it really matter that it ever happened?  Here’s a question for you mothers.  When you were suffering pain from giving birth;  Did the pain even matter once it was over, once your child was born?  Here’s what Jesus says about it, in  John 16:21.

“Whenever a w0man is in travail, she has sorrow, because her hour has come.  But when she gives birth to the child, she remembers the anguish no more, for the joy that a child has been born into the world.”   Now Jesus didn’t exactly say that the pain didn’t matter, but He says “she remembers it no more”.

You might literally remember that you felt pain, but that’s not the point.  The point is, that in comparison to the joy felt over the child that’s just been born, the suffering doesn’t matter.  It’s not about the suffering is it?  It’s about something else.  It’s about the life that’s been born.

In  John 16, verse 22,  right after Jesus said;  “..she remembers the anguish no more”, He said this;  “Therefore, you too, NOW have sorrow, but I will see you again, and your heart will rejoice, and no one takes your joy away from you.”   You too, in this life, have sorrow.  And you sometimes have pain, and you have anguish, and you have suffering.   Verse 20  says;  “But your sorrow will be turned to joy”.  And  verse 22  says;  “..and no one takes your joy away.”

The sorrow will not matter.  It’s not about the sorrow, or the suffering that takes place in this life.  All of that will end, and it won’t even be remembered.  It’s about something much greater than any kind of sorrow, that anyone will experience in this life.  It’s about life eternal.  It’s about eternal joy, and eternal happiness, where no one can take it away.  That’s what it’s about.

If we remain faithful, and if we’re blessed with heaven, will we remember anything bad from this life?  Why did Jesus give the analogy of the woman in travail, and say that “she remembers the anguish no more”?  Why did He say, “your sorrow will be turned to joy”?  Why does  Revelation 21:4  say;  “And He shall wipe every tear from their eyes..”

The bible says those things because they’re true.  There won’t be even one thought, of sorrow, or pain, or suffering, or any such thing in heaven.  God’s ways are much higher than our ways, aren’t they?  That’s what the bible says.  And somehow, I don’t know how, but somehow, when this life is over, there won’t be even the slightest remembrance of any of those “bad” things.  If you’re not aware of any physical pain that you might have suffered, and if you’re not aware, of any emotional pain you might have suffered, does it even matter if it happened at all?

Revelation 14, verse 13  says;  “And I heard a voice from heaven saying;  Write, blessed are the dead, wo die in the Lord, from now on.  Yes, says the Spirit, that they may rest from their labors, for their deeds follow them.”  In other words, your obedience to God follows you, but not even an ounce of suffering will.  It’ll be like it never happened!

Now let me tell you something that I’m NOT saying, and that the bible is NOT saying.  The bible is NOT saying that while a person is suffering, that it doesn’t matter.   It absolutely does matter when anyone has to undergo pain, and suffering.  And that can be physical, or mental, or emotional suffering.  It matters so much that the Lord Himself is moved with compassion.   Mathew 9:36  says;  “And seeing the multitudes, He felt compassion for them, because they were distressed, and downcast, like sheep without a shepherd.”  God feels compassion for everyone!

Isaiah declared, in  Isaiah 49:13;  “For the Lord has comforted His people, and will have compassion on His afflicted.”  And in  chapter 30, verse 18,  Isaiah said;  “Therefore the Lord LONGS to be gracious to you.  And therefore He WAITS on high, to have compassion on you.  For the Lord is a God of justice.  How blessed are all those who long for Him.”

It matters to us, when others suffer, and it matters to God!  But I am convinced, that at least one of the reasons that God allows suffering to go on, and why He allows evil to exist in this world, is that it’s not about this life!   One day all the suffering will have ended.  All the pain, all the evil, everything that’s “wrong” with this life;  It won’t even be remembered.

You know what it’s all about right?  It’s about knowing the Lord’s will, and doing the Lord’s will.  And it’s about not letting even one single thing in this life get in the way.   The pain and the suffering are truly sad, but if we’re doing God’s will, we will do our best to alleviate as much of that as we can.  Let’s never forget verses such as  Galatians 6:9 -10;  “And let us not grow weary in doing good, for in due time we shall reap if we do not faint.  So then, while we have opportunity, let us do good unto all men, and especially to those who are of the household of faith.”

But it’s not about this life.  It’s about eternal life.  So then let’s make sure that we’re living the gospel, and spreading the gospel, everywhere we go.  And please, don’t let anything in this life get in your way.