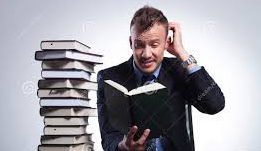 Do You Think The Bible Is Hard To Understand?

It does say, in  2 Peter 3, verses 15 & 16;  “..our beloved brother Paul, according to the wisdom given to him, (and of course that wisdom was given to him by God) wrote to you, as also in all his letters, speaking in them (in the letters) of these things, in which some things are hard to understand.  Which the untaught and unstable, DISTORT, as also the rest of the scriptures, to their own destruction.”

The KJV says that they “wrest” the scriptures.  That means that they twist them and distort them, and pervert them.  Here’s something interesting.  That word is a verb.  But there’s a noun form, of the same word, and it refers to an instrument of torture!  The untaught and the unstable, “torture” the scriptures!  They twist them, they pervert them, they distort them, and they torture them!

Well, they tortured the Christ, so I suppose it’s not surprising that they torture His word too.

So then some things, not all things, but some things that God has inspired to be written in the bible, are hard to understand.  And the scripture says that the untaught, and the unstable, distort these things.  Someone who is untaught, is someone who is ignorant.  They just haven’t taken the time to learn what the bible says.  To be “unstable”, means that you’re not grounded, and established, in bible teaching.  And so that’s simply the natural consequence of being untaught.

That better make us think.  If God isn’t going to excuse the ignorant, for distorting His word, then we better not be ignorant!  That’s not hard to understand is it?  I’m sure you’ve heard this saying before; Ignorance is no excuse”.  Well, God says, that applies to the bible.   Maybe it’s our own ignorance that makes it SEEM like the bible is hard to understand.

I’m going to take a stand here, and I’m going to say that nothing in the bible, pertaining to how to be saved, is too hard to understand.  God has given us a book that can save everyone who wants to be saved.  But God has NOT given us a book, that we are allowed to remain willfully ignorant of.  And I’m going to take another stand here, and I’m going to say that one main reason, that so many people think the bible is so hard to understand, isn’t that people CAN’T understand what’s written, but it’s because they choose NOT TO BELIEVE what’s written.  And since they choose not to believe the straightforward words that are written, they think there must be some kind of hidden meaning.  It can’t mean what it says, because that doesn’t agree with my preconceived notion!  So there must be some mysterious hidden message, something that’s “esoteric” by nature.  “Esoteric” means that it’s only meant for a select group of people to understand.  And nobody else can ever know the meaning.  But the bible isn’t “esoteric”.  The bible is for ALL people to know, and understand, and be saved by.

So then, let’s see if it’s hard to understand God’s way of salvation.  Is it hard to understand, when the bible says in  Romans 10, verse 17,  that “faith comes by hearing the word of God”?   Faith comes from the teachings of the bible.  But yet people look elsewhere for their faith, because they don’t want to believe what the bible says.  And so they look to creed manuals, written by man.  But faith doesn’t come from man’s creed manuals, or by man’s books of confession, or by man’s commentaries or man’s philosophies.  Faith comes by hearing the word of God!  That’s the bible!  That’s the one and only source of faith, in the whole universe.  And that’s as easy to understand as one plus one equals two.  Maybe not so easy for people to believe, but it sure is easy to understand!

The apostle Paul wrote in  1 Corinthians 2, verse 1;  “..I did not come to you with superiority of speech, or of wisdom, proclaiming to you the testimony of God.”   In  verse 2,  he wrote;  “For I determined to know nothing among you except Jesus Christ, and Him crucified.”  And that’s how simple the gospel is.  It’s Jesus Christ and Him crucified.  Jesus died in His flesh, so that we could live in our spirit.

You know, in  Mathew 16, verse 16,  the very clear confession is made, concerning Jesus, that “Thou art the Christ, the Son of the living God.”   And Paul wrote about the gospel of Jesus, the Christ, in  1 Corinthians chapter 15, and verses 1 thru 4;  “Now I make known to you brethren, the gospel.  Which I preached to you, which also you received, in which you stand, by which also you are saved, if you hold fast to the word which I preached to you, unless you believed in vain.”

Romans 1, verse 16  says;  “For I am not ashamed of the gospel.  For it is the power of God unto salvation, to everyone who believes, to the Jew first, and also to the Gentile.”   You could give a bible, to a person who’s never before heard anything about it, and if that bible were accurately translated into their native language, they could understand without any difficulty at all, what we just read.  Just these few verses that we’ve read, wouldn’t be enough to produce the faith in their hearts to save them yet, but there’s no doubt, they could understand what’s been said.

Here’s what’s been said so far;  There’s only one source of faith, and that’s the word of God.  Not one word of man is involved in producing faith.  And the word doesn’t come with fancy speech, and with man’s wisdom, but with the simple gospel fact that Jesus is the Christ, the Son of God.  That’s what we preach, and that’s what you must receive, and stand in, and hold fast to.  The simple gospel is the power of God for salvation, to all who are willing to believe.  Isn’t that easy?

Jesus said, in  John 8:24;  “..for unless you believe that I am He, (He’s God!) you will die in your sins.”  That’s pretty straightforward!   The apostle John wrote, in  1 John 3:3 thru 5;  “And everyone who has this hope fixed on Him, purifies himself, just as He (Jesus) is pure.  Everyone who practices sin, also practices lawlessness;  And sin IS lawlessness.  And you know that He appeared in order to take AWAY sins.  And in Him IS no sin.”

The writer of Hebrews, wrote these words about Jesus, in  Hebrews 5:8 & 9;  “Although He were a Son (the Son of God) yet He learned obedience through the things which He suffered.  And having been made complete, He became the source of salvation, to all those who obey Him.”   It’s easy to understand what it means to obey.  Were getting more and more information here, but we still haven’t heard anything that’s “hard” to understand!

In the book of  Acts, chapter 2, verse 38,  it’s written, in answer to the question from a group of people, concerning what they needed to do about their sin, that they should “Repent!  And let each one of you be baptized in the name of Jesus Christ, for the forgiveness of your sins..”   Baptized FOR the forgiveness of your sins.  It don’t think it can be said any clearer than that.  That’s what the bible says to do about your sins.  You repent of them, so that those sins CAN be forgiven, and then you allow yourself to be baptized, so that those sins ARE forgiven.  A person who has never been misled by the false teachings of men, will not have the slightest problem understanding that.   The question is;  Will you believe it?

We’ve covered quite a number of bible verses now, and we’ve not run into anything that’s been at all, hard to understand.  If we gave all these verses to a person, who had never in their life, heard about Jesus Christ, that person wouldn’t have the slightest problem understanding WHO the bible claims that Jesus is, and WHAT the gospel is, and WHERE faith comes from, and WHAT sin is, and what Jesus said must be DONE about sin.  The problem then isn’t in understanding the bible, the problem lies in believing the bible!  Or I should say, in NOT believing the bible.

If anyone thinks that God has given us a book that we can’t understand, then there’s a couple possible reasons for them thinking that.  It could be, that the person is simply untaught, and therefore unstable in their understanding of the bible, and consequently they distort just about everything that the bible says.  But once again, if the so called “untaught”, even distort the simplest of scriptures, and that’s what the bible says they do..  It says;  “as they do the rest of the scriptures”, then it’s no longer a matter of not understanding, but it’s a matter of not believing!

But here’s another reason, right from the bible, for why people might think that we can’t understand the bible.  God tells us, in  2 Thessalonians 2, verses 10 & 11;  “..because they did not receive a love of the truth, so as to be saved..  You see, the truth is very easy to understand, because the bible states it very plainly.  But there’s a lot of people who don’t have any love, or desire for the truth.  They don’t want the truth!  God knows our hearts.  God knows what we desire, and what we don’t desire.

So then;  “..because they did not receive a love of the truth, so as to be saved;  For this reason, God will send them a deluding influence, so that they might believe what is false!”   Since they don’t have any desire for the truth in the first place, they will be deluded in their thinking, so that they will believe a lie!

Those are two reasons, given to us by God Himself, for people believing false teachings, and for distorting the scriptures, and not understanding the simplicity of the gospel!  And so they blame God, for not giving us a book, that we can all understand.  What a bunch of malarkey!  You know what malarkey is?  It’s nonsense!  It’s meaningless talk!  It’s baloney, it’s malarkey.

If we want to know HOW to be saved, just listen to the bible.  There’s nothing hidden or mysterious about it.  If you want to actually BE saved, then just BELIEVE and OBEY what the bible says to do.