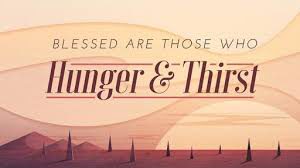 The Fatness of God

The bible says, in  Psalm 36, verses 7 & 8;  “How precious is Thy lovingkindness O God!  And the children of men take refuge in the shadow of Thy wings.  They drink their fill, of the fatness of Thy house, and Thou does give them to drink of the river of Thy delights.”

What’s “the fatness of God”?   Does that need a little explaining?

It says in  Nehemiah 8, verse 8;  “So they read from the book of the law of God, and they gave the sense, and helped to understand the reading.”   Things aren’t any different today, then they were in Nehemiah’s day, about 2500 years ago.  Sometimes you have to “give the sense”, you have to “explain the meaning”, so that we can all understand what God is saying.

Let me read  verse 1, of Nehemiah 8;   “And all the people gathered as one man, at the square which was in front of the Water Gate, and they asked Ezra the scribe, to bring the book of the law of Moses, which the Lord had given to Israel.”

What do you think it means when the scripture says;  “And all the people gathered as one man..” ?   It means they all had the same purpose, they had the same mind, and the same desire.  Isn’t that the way we’re supposed to be?  God tells us, in  1 Corinthians 1, verse 10;  “Now I exhort you brethren, by the name of our Lord Jesus Christ, that you all agree, and there be no divisions among you.  But you be made complete, in the same mind, and the same judgment.”

But on the other hand, isn’t it discouraging, when people don’t really care.  Especially when Christians don’t care.  Or even when a Christian is “lukewarm” at best.  It’s rather discouraging, and I can see why God doesn’t like it.  I can see why He said, in  Revelation 3:16;  that because of “lukewarmness” that He would  “vomit them out of My mouth”.

And so, if we’re not hungry for the truth, then we’re gonna be lost.  That’s what that verse is telling us.  God will “vomit” us from His mouth.  That sounds like “lost” to me.  And that’s what God tells us in  2 Thessalonians 2, verses 10 & 11;  “..Because they did not receive the love of the truth, so as to be saved.”  If we want to be saved, then we’d better be receiving “the love of the truth”!  If you truly “love the truth”, then you’ll be hungry for it.  That’s all there is to it.  Without love, and hunger for the truth, there’s no salvation.

“And for this reason (because of not loving the truth) God will send upon them a deluding influence, so that they might believe a lie.”  There’s no shortage of lies out there, is there?  I think that for every one truth that the bible states, there must be 10 lies that contradict it.   And if we’re not hungry enough for the truth, we’re gonna end up believing one of those lies.

A “Working of Error”

That “deluding influence” that the scripture mentioned, is called a “strong delusion”, in the KJV   But what it literally means is..  “A working of error”.  It’s an error, that’s “working” within us.   And because of that error within our mind, we end up believing a lie, just like the scripture says.

So we’ve just got to “love the truth” don’t we?  We’ve got to!  Otherwise, in our disbelief, we just wander around, believing lies.

Paul wrote in  Ephesians 4:13 thru 15;  “Till we all come in the unity of the faith, and of the knowledge of the Son of God, unto a perfect man, unto the measure of the stature of the fulness of Christ:  That we should no longer be children, tossed to and fro, and carried about with every wind of doctrine, by the trickery of men, in the cunning craftiness of deceitful plotting.  But, speaking the truth in love, we may grow up in all things into Him who is the head, even Christ.”

Listen once again to  verse 13;  I going to read it from a different version, because I want to focus on a couple of words here;  “Till we all arrive, unto the unity of the faith, and of the knowledge of the Son of God, unto a perfect man, unto the measure of the stature of the fulness of Christ.”

We all as Christians, have the obligation to God, to grow in our faith.  And this verse is saying, that God expects us all, to grow, and “to arrive at”, or “attain to”, a certain level.  And that verse calls that “level” that we are expected to arrive at, as..  “unto, the unity of the faith, and of the knowledge of the Son of God, unto a perfect man, unto the measure of the stature of the fulness of Christ.”

And so that unity, that we’re striving for, and that we really need to achieve, reminds me of what we just read, from  Nehemiah 1, verse 8.   And once again, that verse says;  “And all the people gathered as one man, at the square which was in front of the Water Gate, and they asked Ezra the scribe, to bring the book of the law of Moses, which the Lord had given to Israel.”

We need to gather, as “One Man”.  As “One Body”.  United in faith.  Fully grown, and mature, as “unto the measure of the stature, of the fulness of Jesus Christ.”

And to do that, we need to hunger and thirst after righteousness!

Remember when Jesus said;  “Blessed are they that have no hunger”.   No, I don’t remember that either, because Jesus never said it.  Here’s what Jesus did say though, in  Mathew 5, verse 6;  “Blessed are those, who HUNGER and THIRST after righteousness, for they shall be filled.”

“BLESSED are those..  who hunger and thirst after righteousness..”  Do you know what “blessed” means?  “Blessed” can mean thankful, and it can mean happy, but that’s not exactly what it means here.  More specifically, in this context, it means that you’re in.. “an enviable position”.  Do a word study on that sometime.  And you’ll find that to be true.  And isn’t it interesting, that “blessed” in that verse, and really throughout the next few verses, means to be in a “enviable position”.

And do you know WHY you’re in “an enviable position”?   It’s because when you truly love God’s word, and when you truly hunger and thirst for it, you put yourself, in a position of being “filled” by God.  That’s what the scripture says;  “..For they shall be filled”.

The original meanings of the words of the bible never cease to amaze me.  Like that word “blessed”.  The root meaning of the original word used here, means..  “to become large”.   “For they shall be fed, and fattened, and made full, and satisfied”, and they shall “become large” with the benefits from God.  That’s why it’s such an enviable position to be in!  Made “large”, and “fattened” with the benefits of God;  With His blessings.

The words of the bible do more than just tell us the truth, they actually paint us a picture of the truth.  God’s words illustrate the very meaning He wants us to understand,  IF we take the time to appreciate the meaning of those words.

My soul longs for You God, and it hungers for the “fatness” of your blessings.

The Oil of God

Here’s something else I find interesting.  I’m sure you’re familiar with how often the bible talks about “oil”, and about being “anointed with oil”?

For instance;  In  Mark 6:13,  it says;  “And they were casting out many demons, and were anointing with oil, many sick people, and healing them.”

And in  James 5:14,  it says; “Is any among you sick?  Let him call for the elders of the congregation, and let them pray over him, anointing him with oil, in the name of the Lord.”   In that verse, “anointing him with oil” may very well be a figurative expression, referring to how the prayers of the righteous, are like an “anointing” as we ask for God’s blessings.

In the old testament, the word “oil” literally means “fat”.  Most of the time, when the old testament talks about oil, it’s talking about olive oil.  And the oil, is “the fat” of the olive.  And when someone was anointed with oil, it was symbolic of being covered with the richness, and “fatness” of blessings from God.

Psalm 92, verse 10  says;  “But Thou hast exalted my horn, like the wild ox, I have been anointed with fresh oil.”  The “horn” of the wild ox, is a symbol of strength.  And it’s interesting that the horn of the ox was also used as an oil flask.  “Thou hast made me strong, and has covered me with prosperity.”   “With flourishing fatness”.

Do you know what was one of the favorite places of the Lord Jesus?  It was the Garden of Gethsemane.  Gethsemane was an olive orchard.  It was a grove of olive trees, located on the Mount of Olives.  And at the base of the Mount, there had been constructed olive presses, to harvest the “fat” from the olives.  Do you know what the name Gethsemane means?  It means “oil-press”.

“Gethsemane” is only mentioned twice in the bible, but “the Mount of Olives” is mentioned 11 times.

Jesus was fond of the Mount of Olives, and particularly of Gethsemane, that orchard, located on the Mount of Olives.  It seems to have been of special importance to Jesus.  It must have been kind of symbolic to Him.  Just like the “fat” from the olives, is symbolic of the blessings of God.  Of course, Jesus Himself is the greatest blessing from God.

Jesus is our anointing.  He is the treasure, and the riches, and the blessing, and the “oil” from God.  We’re told, in  1 John 2, verse 27;  “And as for you, the anointing which you received from Him, abides in you..”  And it goes on to say;  “..His anointing teaches you about all things, and is true, and is not a lie, and just as it has taught you, you abide in Him.”

The invitation is yours, to be anointed with the “Oil” of God;  By believing that Jesus is the Christ, and confessing your faith in Him.  And by repenting of your sins, and by being baptized for the forgiveness of those sins.  And by remaining faithful unto death.