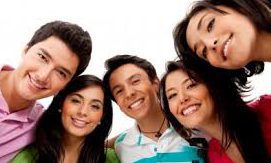 Do You Think Bible Study Should Be Fun?

Here’s a question for you;  Do you think that bible study should be fun?  I do.  When we try to teach the bible to little children, it’s pretty much accepted, that you’ve got to find a way to make it fun for them.  Otherwise, they wouldn’t be interested, right?  Bible study would be completely boring for a child, if it wasn’t somehow, made to be fun.  A child needs some kind of incentive, to get them interested in the bible.

And you know what?  We’re not so different from those little children.  We need incentives too.  Even after we grow to adulthood, and come to understand the importance of knowing God’s word, we still need some incentive.  Along with viewing  bible study as an obligation to God, which it is, w need to view it as a challenge, or maybe, we could even view bible study as “fun”.

A challenge, can actually BE fun.  If we simply challenge ourselves, to learn all we can about a specific bible subject, then all the research, and all the learning that we do, can actually turn out to be fun.  But of course, we’ll never know, if we don’t do it.

How about trying to teach someone else the truth about a particular bible subject?  That can be kind of fun.  Oh, it can be a challenge, but it’s a fun challenge.  And at the same time, it can help us to better understand that subject ourselves.

What about the subject of becoming saved, and remaining saved.  That’s two different things;  One subject, but two different things.  Becoming saved is one thing, and remaining saved is another.  Of course a lot of people don’t understand that fact, but the bible indeed says that it is a fact.  I have fun trying to explaining to people that just because someone becomes saved, that doesn’t mean that they will automatically remain saved forever.

Which verses would you go to, to teach that fact?

I might start with  Galatians 5, verses 3 & 4;  “Yea, I testify again to every man that receives circumcision, that he is a debtor to do the whole law.. (that refers to the law of Moses.  That was the law, which circumcision was a part of) ..You are SEVERED from Christ, you who would be justified by law, you are FALLEN from grace!”

Let me stop a minute here and make sure everyone understands what it means to have “fallen from grace”.  “Grace” as spoken of in the bible, is referring to God’s kindness, and God’s favor, which He extends to sinful mankind.  Through God’s “grace”, through His love and kindness, He has extended to us, the OFFER of salvation, through Jesus Christ.

Ephesians 2, verse 8  says;  “For by grace you have been saved, THROUGH faith..”   It is God’s kindness and favor, that saves us, as we LIVE by faith, in Jesus Christ.  But we must actually LIVE by faith, or God’s grace won’t help us one bit.  It’s through faith in what Christ has told us to do, that God’s grace will saves us.  And of course true faith, is exhibited, in a life of obedience to what Christ has told us to do.  The bible bears that out in many places.  And that’s the whole point of studying the bible, so that you will know where those places are, and so that you will know what exactly is taught, in those places.

So then God’s grace brings us the offer of salvation, and our obedience, accepts that offer;  And as a result of our obedience, God’s grace saves us from our sins, by forgiving those sins.  And that forgiveness was made possible because of one thing;  And that one thing is the sacrifice of Jesus Christ, and the shedding of his blood.

Romans 5, verses 1 & 2  says;  “Being therefore justified by faith, we have peace with God, through our Lord Jesus Christ, through whom also we have access, by faith, into this grace, wherein we STAND.  And we rejoice, in the hope of the glory of God.”

It’s almost unbelievable, that some people will make the claim, that to “fall from grace”, does NOT mean, that you have fallen from salvation.  But the bible is clear.  God’s grace IS, to begin with, the offer of salvation, and then, upon our faithful obedience to God’s words, His grace IS, our salvation itself.  It’s actually kind of ridiculous, for someone to understand, that when you “stand” in God’s salvation,  you “stand” in His grace, but then NOT understand, that when you FALL from God’s grace, you also FALL from His salvation.

And as I said, it can be a challenge, to teach people these truths, and to get them to believe them.   It’s a challenge, but it’s an enjoyable challenge, and it’s a fun challenge, if we make that our attitude.

It’s fun to learn about God;  And it’s fun to know about God, it’s fun to teach about God.  And it’s fun to teach others, about how all of God’s scriptures fit together, so perfectly  It’s not only fun, but it’s truly amazing!  Various scriptures, written over a period of at least 1500 years, written by about 40 different authors.  (The bible calls out 35 of them by name)  And it all fits together, as if it had but one author.  And the fact is, there was only one true author of the bible;  From start to finish, one author, who inspired all those various writers, to record His words.  The words of God.

And it’s a pleasure to read all those scriptures.  And it’s fun, and it’s enjoyable, and it’s amazing, and it’s awesome!  And it’s our privilege, to be able to learn and know, the will of God.  And to know, that all you have to do, is just open the bible, to just about any page at all, and you can learn what God says, without having to worry about what any “person” says.  Just to learn what God says, and to know it’s the truth, and to know that you can count on it, and that you can trust it.  To know that you can trust your soul to it.   To me, that’s “fun”!

A Fun Way To Study

I’ll take my bible here, and I’ll  open it up, to  Hebrews 1, verses 1 & 2,  and it says;  “God, having in times past, spoken unto the fathers, in the prophets, by divers portions (that means in various degrees, or parts.  A part here, and a part there) and in divers manners, (in various ways) has in these the LAST days, speaks to us in His Son, whom He appointed heir of all things, through whom also He made the worlds.”

You know, without the interjection of man’s ideas, we can learn quite a bit from just those two verses.

First of all, we learn that the revelations that were made in the past ages, meaning before Jesus Christ came into the world, those revelations were given to mankind in various amounts, and at various times.  “Divers portions” means..  “in many parts.  One part at this time, and another part at another time.

And those revelations were given by various methods, or as the bible says, “in divers manners”.   “Divers manners” means..  “in many ways”.   Both of those phrases, “divers portions”, and “divers manners”, come from words that are only used this one time in the whole bible.  One time each.  And I’ve mentioned to you, several times, how interesting I find it, that there’s so many original Greek words used in the bible, that are only used one time.  It happens over and over again, and I’ve commented to you about how interesting I find that.

These are some of the things about the bible, that make it so much fun to study.  Isn’t it fun to do your very best, to see exactly what God is trying to get across to us, with these very specific words?  I think it is.  Even if it’s a bit of a challenge to understand, that makes it all the more fun.

That phrase, “by divers portions”..  I don’t think that’s a very hard one to understand.  It simply means..  “in various parts”, one part at a time.  Not the whole, and not all at once, but in part, and at different times.  God spoke to man, through the prophets, revealing various parts of his will, and then, just a little at a time.  But he never revealed His complete will, at any time;  Not until Jesus Christ came.  That’s something that’s very interesting to learn from that verse;  And it’s fun to learn about it.

And what about that next phrase;  “in divers manners”?  God didn’t reveal, the parts of His will that He did reveal, in the same manner each time.  Sometimes God revealed His will through a dream.

And God revealed His will in a dream, to Abraham, when God cause a deep sleep to come upon Abraham, and God’s Spirit “passed through” the meat offerings that Abraham has paid out for the Lord.  Genesis 15, verses 9 thru 21.

He God revealed His will in a dream, to Joseph, the youngest son of Jacob, about how Joseph’s older brothers would all come to serve him.  Genesis chapter 37.  And that dream came true in the land of Egypt, when a famine caused Joseph’s brothers to all bow down before him, in order to get food to eat, for them and for their father Jacob.   Genesis chapter 42.

The point is, that in the past ages, God has revealed His will to man, in various manners, and ways.  But,  Hebrews 1, verse 2,  makes a contrast, between those ages, and “these the last days”, when God has spoken to us “in His Son”, Jesus Christ.

In “these the last days”, God has chosen NOT to use all those other “divers manners” to reveal His will.  But rather, God has chosen ONE manner of revelation;  And that manner is, through the revelation of Jesus Christ, which we call, “the new testament”.

God could have chosen to speak to select people in dreams, and in visions, or in a few other methods, but he hasn’t.  He’s chosen one method.  And for some reason, that confuses some people.  They think that since God used those other methods in the past ages, that He’s going to use them today as well.  But the bible is clear;  “In these the last days, (God) speaks to us in His Son, whom He appointed heir of all things, through whom also He made the worlds.”

And His Son’s words are recorded for us, right here in the bible.  This is it, the complete will and testament of God for man, through the revelation of Jesus Christ His Son, and His servant, and His messenger, and His angel, AND, His holy Spirit!  Now there’s one that confuses people.  Jesus Christ, IS the very Spirit of God;  And as we learn from  Ephesians 4, verse 4,  there is only one Spirit.  It’s the Spirit of God, and it’s the Spirit of His Son, and it’s the “Holy” Spirit.

We certainly learn a lot, from the first two verses of Hebrews!   And there’s even more that we learn from those two verses, but we’ll have to talk about the rest of it, another day.

But isn’t it fun, to learn from the bible?  To learn what God says to us.  To learn the truth, the whole truth, and nothing but the truth;  And to try to teach someone else that truth.   Sometimes it’s a challenge just for ourselves to be able to understand it all.

I hope that you’ll view bible study as a fun challenge, as well as viewing it as being absolutely necessary, to become saved, and to remain saved.