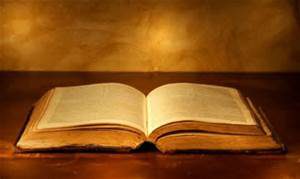 How Did We Get the Bible? – Part 3; The Foundation of the Word of God

In our previous lesson, titled  “How Did We Get The Bible – Part 2”,  we left off with this verse, from  Ephesians 2:19 & 20.  And here’s what it says;  “Now therefore, you are no more strangers and foreigners, but fellow citizens with the saints, and of the household of God;  Having been built upon the foundation, of the apostles and prophets, Christ Jesus Himself being the cornerstone.”

But we had also read from  1 Corinthians 3:11,  which says;  “For no one can lay a foundation other than that which is laid, which is Jesus Christ.”   So do we have a contradiction there?  If Jesus Christ is the ONLY foundation that can be laid, then how can the apostles and the prophets be referred to as being a part of the foundation, with Jesus Christ being only the cornerstone?

Well, we know that God isn’t going to contradict Himself, as if He didn’t remember exactly what He had said.  And so there’s probably a couple ways to explain the difference between the two verses.  Often times, a word is used in more than one sense.  Like for example the word “death” in the scriptures.  Death can be used to refer to physical death, or it can be used to refer to spiritual death.  Same word, but used in two different senses;  The word is used literally in both cases, but in one sense, it refers to literal physical death, and in another sense, it refers to literal spiritual death.  In both cases, death is a “separation”.

Well,, there is no verse that simply says..  “Death is a separation”.   But the bible is still perfectly clear, that death is indeed, a separation.  The bible simply says it is slightly different words.  For example;  Concerning spiritual death,  Isaiah 59, verses 1 & 2  clearly state;  “Behold, the LORD’s hand is not shortened, that it cannot save, or his ear dull, that it cannot hear;  But your iniquities have made a SEPARATION between you and your God, and your sins have hidden his face from you, so that he does not hear.”

Well, it can’t be said much clearer than that.  But, some will say;  Well, that verse doesn’t say that separation is death.  It’s just being temporarily separated by sin, or it just means that you’re not in close fellowship with God, or something like that.   But that’s not what the bible says.

In the verse we just looked at  (Isaiah 59:2)  The bible clearly states that it is sin and iniquity, that separates us from God.  And if we look to  James 1:15,  the bible states just as clearly, that sin brings forth death.  Let me read it in God’s own words.  I’ll read  verses 14 & 15, so that we get the whole picture of sin.  The beginning of sin, the progression of sin, and the end result of sin.  “But each one is tempted, when he is lured away, and enticed, by his OWN lust.  Then when lust has conceived, it gives birth to sin;  And when sin is accomplished, it brings forth death.”   Sin brings forth death;  Sin brings forth separation from God.  Death, is separation from God!  It’s as plain as day.

In both verses the word foundation is being used in a spiritual sense, right?  Obviously.  So then, where does the difference lie?   We could probably phrase it in a couple of different ways.  One way to phrase it, would be that Jesus Christ, is the one and only Savior.  Acts 4:12  tells us;  “And there is salvation in no one else;  For there is no other name under heaven, given among men, by which we must be saved.”  When it comes to salvation, Jesus is the only Savior.  Jesus is THE foundation upon which salvation depends!  Without Jesus, there IS no salvation!  And so in that sense, speaking of salvation itself,  “no one can lay a foundation other than that which is laid.. (and there is no foundation other than that which God has laid)  ..which is Jesus Christ.”

But a prophet is someone who “speaks” for God.  He is “one who utters, divinely inspired revelations.”   That’s what a prophet is.  And both the old testament prophets, and the new testament apostles, were all, foundational, in speaking for God, and in revealing His word of truth.  And of course WHO is the very “cornerstone” of truth?  Jesus Christ!   And thus  Ephesians 2:20  says;  “Now therefore, you are no more strangers and foreigners, but fellow citizens with the saints, and of the household of God;

In  verse 19,  Paul had told the Gentile Christians in Ephesus, that they were now members, along with Jewish Christians, of “the household of God”   He wrote;  ” “Now therefore, you are no more strangers and foreigners, but fellow citizens with the saints, and of the household of God.”   So Paul, through inspiration of the Holy Spirit, is comparing the kingdom of Christ, to a “household”, which would typically be viewed as a family.

But in  verses 20, 21, and 22,  Paul likens the kingdom not only to a family, but to a “spiritual building”, when he says;  “Having been built upon the foundation, of the apostles and prophets, Christ Jesus Himself being the cornerstone, in whom the whole structure, being joined together, grows into a holy temple in the Lord.  And in Him also, you are being built together, into a dwelling place for God in His Spirit.”

Here’s a good quote from Jesus;  It’s from  Mathew 7, verses 24 & 25;  “Therefore everyone who hears these words of Mine, and acts on them, is like a wise man who built his house on the rock.  And the rain fell, and the floods came, and the winds blew and beat on that house, but it did not fall, because it had been founded on the rock.”   Now that verse alone, tells us without a doubt, that Jesus is the Rock, and the foundation, of our faith!

So when it comes to the subjects of faith and salvation, in that sense, Jesus is the ONLY foundation, He’s the only “Rock”.  But when it comes to the subject of the church being compared to God’s spiritual building, then in that sense, the prophets and apostles are a part of the very groundwork of that spiritual structure.  But even in that sense, Jesus is still the very cornerstone, that supports everything!  And as Peter wrote, in  1 Peter 1, verses 4 & 5;  “As you come to Him, a living stone, rejected by men, but chosen and precious in the sight of God, you yourselves like living stones, are being built up as a spiritual house, to be a holy priesthood, to offer spiritual sacrifices, acceptable to God, through Jesus Christ.”

I’ve gone over and over this, from every angle, so that there could be no misunderstanding, about the role of Jesus, and the role of the apostles, when it comes to salvation, and the kingdom (the church).   But to be very specific here, Catholics have this all twisted around, and turned upside down.  But these scriptures are not complicated, and they’re not confusing.

But now I want us to look at  Mathew 16, verses 15 through 18.   Like I said, the Catholics have this all twisted around, and especially do they have these verses from  Mathew 16  twisted around.  And so we need to make sure that we don’t get it all twisted, but that we keep it all perfectly lined up with the rest of the scriptures, and in perfect harmony, and perfectly rational.

Mathew 16:15 thru 18  says;  “He said to them;  But who do you say that I am?  Simon Peter replied;  You are the Christ, the Son of the living God!  And Jesus answered him;  Blessed are you, Simon Bar-Jonah!  For flesh and blood has not revealed this to you, but My Father who is in heaven.”   The Father in heaven, opened Peter’s mind to understand, and thus revealed to Peter, that Jesus was the Christ, the long awaited Messiah, the Son of the living God!   What a fact, what a truth!  Is there anything more important than that?

Jesus is the Christ, the God.  “..there is salvation in no one else;  For there is no other name under heaven, given among men, by which we must be saved.”   “He has become the author of salvation to all who obey Him”.  “For no one can lay a foundation other than that which is laid, which is Jesus Christ.”  “everyone who hears these words of His, and acts on them, is like a wise man who built his house on the rock.”

That’s all we have time for, for now.  Lord willing, we’ll continue in our next lesson.