The Day The World Calls Easter

The world of Christianity in general, looks upon today, as a very special day.  Today is looked upon as the day Christ was resurrected from the dead.  And so this day, commemorates that great event.  Christ’s resurrection was indeed a great event.  When someone speaks about the gospel of Christ, what they refer to, in short, is the death, burial and resurrection of Jesus Christ.

Jesus Himself said in  Luke 24:46,  “Thus it is written, that the Christ should suffer, and rise again from the dead, the third day.”

This IS the day that Christ was resurrected.  Not the date, but the DAY.   The FIRST day of the week.

Turn to  Mat 28:1-6,  if you would,  “Now after the Sabbath, as it began to dawn toward the first day of the week, Mary Magdalene and the other Mary, came to look at the grave.”

“And behold a severe earth quake had occurred;  For an angel of the Lord had descended from heaven and rolled away the stone, and sat upon it.”

“And his appearance was like lightning, and his garments as white as snow.”

“And the guards shook for fear of him, and became like dead men.”

“And the angel answered and said to the women;  Do not be afraid, for I know that you are looking for Jesus who has been crucified.”

“He is not here, for He has risen, just as He said.  Come see the place where He was lying.”

“Men of Israel, listen to these words.  Jesus the Nazarene, a man attested to you by God, with miracles and signs, which God performed through Him in your midst, just as you yourselves know.”

“This man, delivered up by the predetermined plan and foreknowledge of God, you nailed to a cross by the hands of godless men, and put Him to death.”

“And God raised Him up again, putting an end to the agony of death, since it was impossible for Him to be held by it’s power.”

The Church That Jesus Built 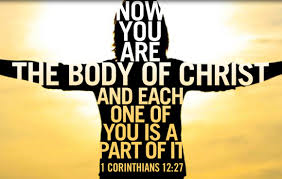 Jesus said, in  Mathew 16:18;   “I will build My church, (My assembly of saved souls) and the gates of hades shall not prevail against it”, or, shall not “overpower it”.      “The gates of hades”, in other words, “the power and confines of death”  would not prevail against the will of God, Jesus would indeed establish His kingdom!  And so Christ was resurrected from the dead, by the glory of the Father, because it was impossible for death’s power to hold Him!

It’s not a coincidence, that Christians are authorized to assemble on the first day of every week, on the resurrection day, to worship God and to build ourselves up, and to remember the death, the burial, and the resurrection of Jesus Christ.

The resurrection of Christ is truly of paramount importance to the Christian faith.  And not only to our faith, but to our very salvation.  The fact that Jesus died and shed His blood, is also of paramount importance.  God assures us, in  1 John 1:7,  “..the blood of Jesus His Son, cleanses us from all sin.”  And as  Hebrews 9:22  says;  “and without shedding of blood, there is NO remission of sins.”
..

But we need to realize, that without the resurrection of Jesus from the dead,  all the blood that He shed, would’ve been in vain.  Paul wrote in  1 Cor 15:17,  “And if Christ has not been raised, your faith is worthless, you are still in your sins!”

Verse 18  says;  “Then those also who have fallen asleep in Christ, have perished!”

“But now Christ HAS been raised from the dead!  The first fruits of those who are asleep.”  (the “first-fruits” of all who have experienced physical death)

” For since by a man came death, by a man also came the resurrection of the dead.”

” For as in Adam all die, so also in Christ, all should be made alive.”

“But each one in his own order;  Christ, the first fruits, after that, those who are Christ’s at His coming.”

“Then comes the end, when He delivers up the kingdom to the God and Father, when He has abolished all rule, and all authority, and power.”

The Resurrection..  “Christ, the first fruits, after that, those who are Christ’s at His coming.”

Christ IS coming.  But we don’t know when!   It would be nice if we knew, wouldn’t it?  Then we could prepare.  Then we’d have time to get ready.

When Christ does come back, will you be ready?  Will you be Christ’s, at His coming?    In the words of a song we sing..

“Christ is coming, over the world victorious” 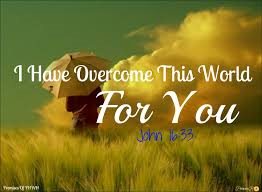 I’d like you to consider, at least three ways in which Christ is victorious over the world..

First, Christ overcame the world because,  “He was tempted in all things, just as we are, yet without sin.”   Heb 4:15.

Jesus wasn’t only tempted for forty days in the wilderness.  Jesus lived approximately 33 years.  That’s a lot of days..  12,053.25 to be exact.  And I don’t think there’s any reason at all to think, that there wasn’t temptation present, each and every one of those days.

What about you and I?  Are there any days when we are completely immune to temptation?   Is there ever a day, when you and I can take “a day off” from resisting temptation, and overcoming the world?  There’s a spirit in this world, that never takes a day off.  And that spirit is the spirit of evil.  The bible calls it satan.  The adversary, the opponent, the deceiver, the devil.   It’s a spirit that NEVER takes a day off!

It is the will of God, that we ALL, preach and teach, “the whole counsel of God”.  Not just the parts that are “easy to take”, and then hide from the parts that are “hard to take”.   A lot of people want to hear all about heaven, but then don’t think we should even be talking about hell.   But that’s not the bible, and that’s not God’s will!   The whole counsel of God.   That’s His will!

God assures us, in  Romans 8:10-11,  “And if Christ is in you, though the body is dead because of sin, yet the spirit is alive because of righteousness.  But if the Spirit of Him who raised Jesus from the dead, dwells in you, He who raised Christ Jesus from the dead, will also give life to your mortal bodies, through His Spirit, who indwells you.”

Listen to Paul’s words from  Galatians 2:20,  “I have been crucified with Christ, and it is no longer I who live, but Christ lives in me!  And the life that I now live in the flesh, I live by faith in the Son of God, who loved me, and delivered Himself up for me.” 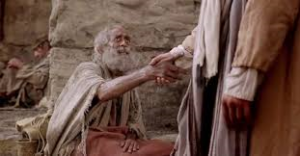 Here’s a second way that Christ overcame the world.  Jesus said, in  John 4:34,  “My meat is to do the will of Him who sent Me, and to accomplish His work.”

“My meat”, Jesus said, or “My food”, is to do God’s will, and God’s work.  In other words the SOLE purpose, and the WHOLE purpose of Jesus, was to DO what God had sent Him to do.  That’s how Jesus overcame the world.

Do you see my point?  100% of Christ’s focus was on doing God’s will, and 0% of His focus was on this world.  We need to prioritize our purposes sometimes, but not Jesus!  Jesus only had ONE purpose..  God’s will!   No prioritizing, just fulfilling that one purpose.

For us to be that dedicated to God, doesn’t even seem possible, does it?  We always seem to be at least in part, trying to satisfy our own desires, for the things of this world.  But yet the scriptures say,  “Love NOT the world, nor the things of the world.  If anyone loves the world, the love of the Father is not in him.”   1 John 2:15.

When the things of this world become our purpose, even in part, we make it impossible for ourselves to overcome the world.  How can you overcome something, that’s a part of your very purpose?

Jesus makes it sound like it’s impossible for a rich man to get to heaven, if it’s easier for a camel to pass through the eye of a needle.

And so sensing the apparent “impossibility”, of overcoming the world,  one of the disciples asked Jesus,  “Then who can be saved?”   (Mathew 19:25)

But then, as is so typical of the bible;  With the very next breath, Jesus says,  “But with God, ALL things are possible!” 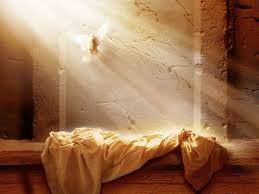 Here’s a third way, that Christ overcame the world.  Christ overcame the world, through His own resurrection.  Remember when Jesus said in  Mat 16:18,  “I will build My church, and the gates of hades will not overpower it!”   Jesus was going to build His “congregation of believers”, His “called out assembly”, His church, and He was going to have to die to do it.   Acts 20:28  says,  “the church of God, which He purchased with his own blood.”

But Jesus even overcame death itself!   And he did it through His resurrection.   In the eyes of most people, death is probably the saddest and most disturbing part of this life.  And God, along with telling us about other disturbing things, like temptation, and sin, doesn’t hesitate for a moment, to tell us about death also.

For example..  God takes temptation, and He turns it into a test, and a “proof” of our faith.  A faith that overcomes the world, when it’s been “perfected” through trials.

Also..  God takes sin, and He turns it into an opportunity for His grace to abound.  Romans 5:20-21  tells us,  “..Where sin increased, grace abounded all the more; That as sin reigned in death, even so, grace might reign through righteousness, to eternal life in Jesus Christ our Lord.”

“What shall we say then?  Are we to continue in sin, that grace might increase?  May it never be!  How shall we who died to sin, still live in it?  Or do you not know, that all of us who have been baptized into Christ, have been baptized into His death?  Therefore, we have been buried with Him through baptism, into death, in order that as Christ was raised from the dead through the glory of the Father, so we too might walk in newness of life.”

If you’re going to die to sin, and if you’re going to walk in newness of life.  Then, you’ve got to be “buried thru baptism”.  And then, when our physical death comes, it will be nothing but victory in Jesus!   Because as  Romans 6, verse 5  says;  “For if we have become united in the likeness of His death, certainly also, we will be of the resurrection.”

May God bless you in the study of His word, and may His words always give you comfort.

Please feel free to leave any comments or questions in the space provided below.  Your participation is urged and appreciated.

This article has 9 Comments