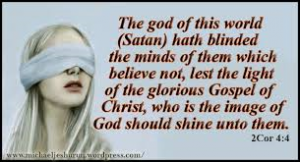 Who Is Satan, And Where Did He Come From ?

One such instance is in  Isaiah chapter 14, and verse 12,  where the word “Lucifer” is used.  Most people think that this refers to Satan, when in reality, it refers to the King of Babylon.  And that fact is clearly stated in  verse 4  of that chapter.  The Lord tells Isaiah in that verse, to;  “..Take up this taunt against the king of Babylon..”  So we need to be able to tell the difference between when the bible IS referring to Satan, and when it might be referring to evil in general, or when it’s speaking about some person who had “the spirit of Satan”, which we’re going to learn from this study, is the same as “the spirit of disobedience”.

This study might challenge your thinking a bit, when compared to what you may already have been taught to believe.  So please, let’s simply listen to what God’s word has to say, and draw only the necessary conclusions.  Once we do that, let’s then be satisfied knowing what the Lord has chosen to reveal to us about Satan, and not become too dogmatic about what He has chosen NOT to reveal.

Satan Is A Deceiver

Ephesians chapter 2, and verse 2,  tells us that Satan is the spirit of disobedience to God.  But I want to read to you a very symbolic passage of scripture that uses four different words, or “names” to describe that spirit.

So the four words, or “names” given here, for this “spirit of disobedience” are, the dragon, the serpent of old, the devil, and Satan.  Now, as I said before, these verses are symbolic, they’re not describing a real event which took place, but rather, as it says in  verse 1, of Rev 12,  they’re describing a “sign that appeared in heaven”.

What God Did Not Say 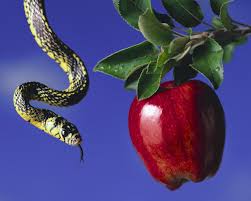 Let’s look at what God has NOT said in  Gen 3:1.   God did not say that “the serpent” was a literal snake.  God DID say, in  Rev 12:9,  that the “serpent of old” is the devil and Satan.  So we know that “the serpent”, who was influencing Eve, in the garden of Eden, was not a literal serpent, but it was Satan.   And we know from another verse of scripture, that Satan is not physical, but rather, he’s spiritual.  Listen to this next verse..

So our struggle is not with anything physical, it’s against SPIRITUAL forces, and SPIRITUAL rulers.  In speaking to Christians who have had their sins removed by the blood of Christ, the apostle Paul writes in Eph 2:1-2,  “And you were dead in your trespasses and sins, in which you formerly walked, according to the ways of this world, according to the “prince” of the power of the air, of the SPIRIT that is now working in the sons of disobedience.”   This spirit, is the spirit of disobedience.  And the sons of disobedience, are those who have been “begotten” by that same spirit.

Here’s another thing that God did NOT say in Genesis 3:1.  In that verse, God did NOT say that He had created Satan.  What God DID say, was that Satan, was more “crafty” than any beast of the field that He HAD made.  God created a lot of “beasts of the field”, but He didn’t make ANY, who were as crafty as Satan!  Satan was much “craftier” than any of the animals that God had created.   It’s very interesting to note, that you will not find one verse of scripture, that says that God created Satan.  The scriptures don’t say that God created a being, that is SO crafty, that it’s whole purpose, is to deceive the whole world.  That would actually be “counter-productive” to God’s will for us.  It’s not God’s WILL that we should be deceived, it’s simply a FACT that we will be.

God makes it perfectly clear, that  “each one is tempted when he is enticed, (when you’re enticed, you’re basically deceived) and carried away by his OWN lust”. 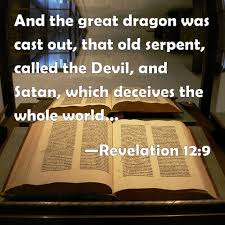 That’s why it said in  Rev 12:9,  that Satan “deceives the whole world”.    The spirit of Satan is so “crafty”, that it’s able to deceive the whole world.   Satan not only deceives ALL of us, but then Satan tries to “devour us”.   1 Peter 5:8,  warns us..  “Be of sober spirit, be on the alert!  Your adversary the devil, prowls about as a roaring lion, seeking someone to devour.”

We’re also told in  2 Cor 4:4,   “The god of this world  (Satan)  hath blinded the minds of them which believe NOT, lest the light of the glorious gospel of Christ, who is the image of God, should shine unto them.”

This world is referred to as “darkness”.  And Satan is the ruler of darkness.  And Satan has blinded our minds, and has deceived us!  And if we allow it, Satan will devour us.  If we REFUSE to let the light, of the word of God live in us, and if we don’t allow God’s word to control us, by being obedient to it, then Satan will some day have his way, and devour us.  That’s why God said in  Eph 2:2,   “..According to the prince of the power of the air, of the SPIRIT that is NOW working, in the sons of DISOBEDIENCE”.

You only have two choices; Be obedient to God’s word, or be devoured by Satan! 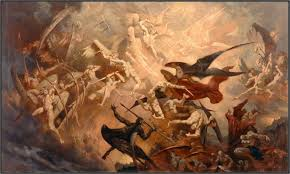 Now I’d like us to look again at that verse from  Rev 12:9.   Remember how it said,  “And there was war in heaven” ?    I’ll say it once more here, that this is a symbolic verse, as is so much of the book of Revelation.   Verse 1  of this chapter says,  “And a great SIGN appeared in heaven”.   V-3  says,  “And another SIGN appeared in heaven”.  And what follows in the remaining verses of the chapter, is a description of these “signs”, or in other words, these visions.

First we see  “A woman clothed with the sun, and the moon under her feet, and she was with child, and she cried out, being in labor and in pain and about to give birth”.   (verses 1 & 2)   Then we see  “A great red dragon having seven heads and ten horns…    And his tail swept away a third of all the stars of heaven and threw them to the earth..”   (verses 3 & 4)

Next we’re told that  “..the dragon stood before the woman who was about to give birth, so that when she gave birth, he might devour the child”.   (also verse 4)   “And she gave birth to a Son, a male child, who is to rule all nations with a rod of iron; and her child was caught up to God and to His throne.”   (Verse 5)

“And the woman fled into the wilderness where she had a place prepared by God, so that there, she might be nourished for one thousand, two hundred, and sixty days.”   (Verse 6)

Would anyone, not be able to see that all these statements are highly symbolic?

There’s a constant war that goes on between good and evil.  Really it’s a war between obedience and disobedience to God.   In all of these SIGNS that appeared to the apostle John, as he wrote the book of Revelation, we can see the constant battle, between the spirit of disobedience, and the Spirit of God.

SATAN wanted to devour the very Son that was born for the purpose of ruling all nations; but the Son was caught up to God;  And good prevailed.

SATAN wanted to devour the woman, but she had a place in the wilderness  (a place in this world)  prepared by God;  And good prevailed.

SATAN was waging war in heaven, along with his angels, but he wasn’t strong enough, and there was no longer a place for them in heaven;  And good prevailed.

SATAN was “thrown down to earth” so to speak, because there’s “no place in heaven” for disobedience.  And it’s on this earth, where he deceives the whole world, with that spirit of disobedience.  But good CAN prevail, IF we are obedient to God’s word! 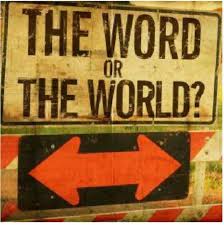 “And these will go away into eternal punishment, but the righteous  (those who OBEY God)  into eternal life.”   (Verse 46)

Figuratively speaking, Satan IS the “embodiment” of disobedience!  And literally, Satan is the SPIRIT of disobedience, which RULES in this world.  But we are told to  “Come out from among them and be separate, says the Lord.  And do not touch what is unclean; and I will welcome you, and I will be a Father to you, and you shall be sons and daughters to Me, says the Almighty!”   2 Cor 6:17-18

What Have We Learned About Satan?

I’d like you to notice seven things, that we’ve learned about Satan in this study.

#1.  We’ve learned that Satan is the devil,  or in other words, “the accuser, the slanderer”, “the serpent of old”.

#7.  We’ve learned that Satan will go,  “..into the eternal fire which has been prepared for the devil and his angels”.

What We Have NOT Learned

I also like you to notice three things, that we have NOT learned from our study thus far.

#1. We have not learned form any of these verses, that “Lucifer”, is another name for Satan. As a matter of fact, the bible only uses the name “Lucifer” one time, but it is NOT used in reference to Satan.   Isaiah 14, verse 12,  is where that reference is found.

#2.  We have not learned, from any of the verses that we’ve looked at, that Satan was created.  I’m not telling you that without a doubt, Satan was NOT created.  I’m simply saying that we have not seen any verses of scriptures yet, that say he WAS.  I believe that we simply assume that Satan is a created being, because we think of Satan as a “fallen angel”, and we ARE told that angels were created beings.  We’ll look at other verses in our next study, that deal with this point.

#3.  We have not learned from any of these verses, that Satan is an angel.   We’ll talk about that also, in the next study.

Lord willing, we’ll deal with these two questions in our next study.   Specifically, Is Satan a created being, created by God?  And, Is Satan an angel, or, Is Satan a fallen angel?  I truly hope you’ll join us in the further study of these questions.

Thanks For Studying God’s Word

I do appreciate your interest in what the bible has said.  After all, it is God’s word.

“And now I commend you to God, and to the word of His grace, which is able to build you up, and to give you the inheritance among all those who are sanctified.”  Acts 20:32